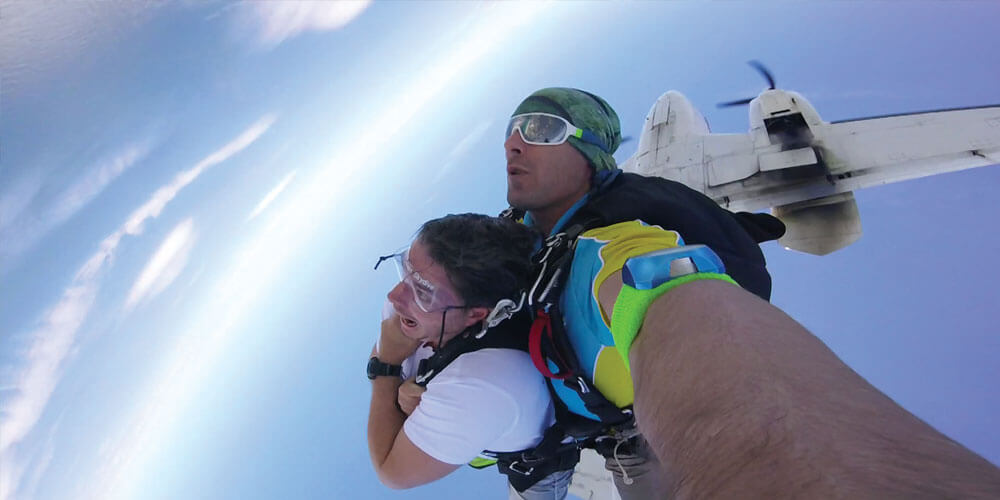 Take the plunge to fundraise for a good cause.

Reid Anderton is hoping to get 20 adrenaline-hungry participants to leap out of a plane at 15,000 feet for the inaugural 1000Skydives May Day event on May 26 to raise money for Sunshine Coast children’s charity SunnyKids.

The need was so great that a family moved in immediately.

With a long-held passion for helping those less fortunate, Mr Anderton says the fundraising goal of $20,000 at the May Day event will allow SunnyKids to keep the home operational without any cost to the charity or the families seeking refuge.

While building is a skill for Mr Anderton, skydiving is a passion and he has turned to the latter for his sky-high fundraising drive. “A lot of charities host bike rides, treks and fun runs, but jumping out of planes is something that hasn’t been done too much,” he says.

“Participants need to raise $1000 to pay for the jump and $1500 for a jump and video, but of course we encourage everyone to raise as much as they can because charities are always financially stretched.”

Mr Anderton was a competitive skydiver throughout his 20s and says the eight years he spent travelling around Australia with the extreme sport gave him some amazing memories.

It was his drive to pursue charity work in Africa that ultimately led him to “give away” skydiving to focus on establishing Eagle’s Wings, a not-for-profit organisation that educates disadvantaged children in Zambia.

“This is why I felt such a strong connection to SunnyKids. I understood it from the get-go and love how they work at a grassroots level,” he says. “They work so hard to help kids and their families to reach their full potential no matter what challenges they are facing and being a regional charity, they are small enough to be personal and you can have direct contact with the beneficiaries.”

SunnyKids CEO Chris Turner says Mr Anderton is a tremendous supporter of the charity and the thousands of kids it supports annually.

“We are grateful for his creative thinking and generous spirit and we hope that plenty of people will see the chance to ‘go jump’ for kids who need us, as a good idea,” he says.

While May 26 is dedicated to fundraising for SunnyKids, 1000Skydives, the fundraising arm of Charity Build, has launched a campaign to raise $1 million over the next 12 to 18 months to fund construction of more houses to assist those in need.

Representatives from a number of Coast businesses have already signed up to take the plunge at Skydive Noosa on May 26 and there are still positions left for those looking for a last-minute adrenaline fix for a good cause.

To find out more or to register, visit 1000Skydives.com.au.

Continue Reading
You may also like...
Related Topics: skydiving, SunnyKids