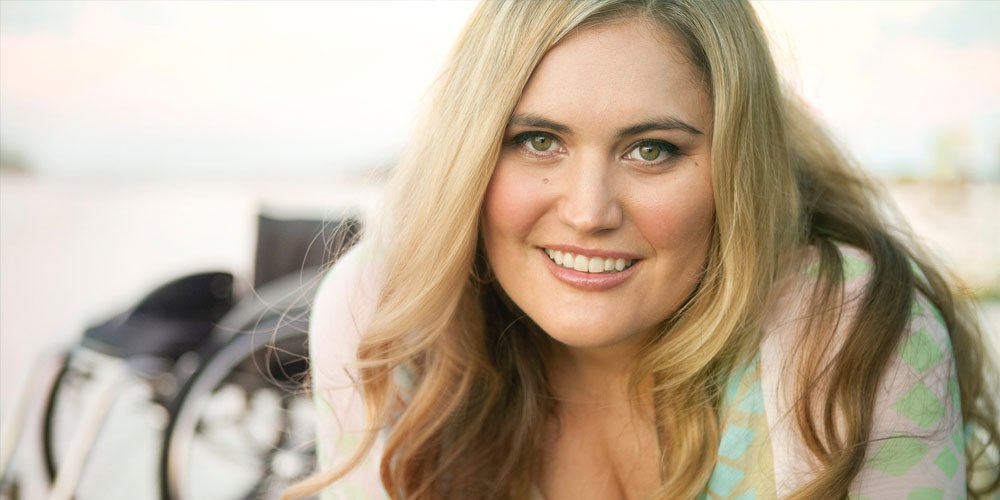 When a car accident left Marayke Jonkers paralysed from the chest down at just eight months old, she grew up not knowing any other way.

While others were learning to walk, she was learning to pull herself around on a skateboard or climbing equipment at the park using her arms.

But it was a dream to compete as a swimmer that started her on her greatest adventure, ultimately leading her to establish a charity helping other para-athletes follow their dreams.

Ms Jonkers knew she wanted to be a swimmer before she had even heard of the Paralympics. She would watch the Olympics on television and, growing up at Kiels Mountain, was inspired by the likes of Sunshine Coast-based athletes Lisa Curry and Clint Robinson.

“There was no Paralympics on TV back then,” she says.

“I saw Lisa Curry and Clint Robinson win medals and I was like, wow a kid from the Sunshine Coast can do that.”

Training at the Cotton Tree pool, she began her Paralympic journey and eventually went on to compete at Sydney, Athens and Beijing, where she won two bronze and a silver medal, and broke Australian and Oceania records across her pet event, the 50-metre breaststroke and the 200-metre individual medley.

She was also instrumental in championing the way for Australian para-triathletes, becoming Australia’s first female para-triathlete when she won bronze at the world championships in 2010.

But it is her success out of the pool, and passion to help others overcome adversity, that has seen her charity, Sporting Dreams, grow from strength to strength.

“I started it to fill the disability-related gap to getting involved in sport,” she tells My Weekly Preview.

“Since then, I have become a very strong advocate to give people with disabilities an opportunity.”

The Maroochydore woman began Sporting Dreams in 2008 with the money she won through Cosmopolitan magazine’s Fun Fearless Female Awards, where she announced her charity goal almost by accident.

“I was in a room with people like Carla Zampatti and Delta Goodrem and I was trying to think of what I could say in my speech. I decided to say in my acceptance speech that I wasn’t going to put the money to my training for Beijing, but that I was going to start a charity.

“I had no idea how to start a charity. The room was full of media and famous people, so I guess it was one way to hold myself accountable.”

She wanted Sporting Dreams to provide for others what she wished she had as a para-athlete when she started out – funding.

“I sold raffle tickets outside local shopping centres to fundraise to get to every single competition and buy every single swimsuit growing up.

“The vision in this was thinking ‘what did I wish I had that would have helped me’. So, we give out funding grants and provide mentoring.

“Now that we are over a decade into it, what we do has been anything from [providing] a support worker, to modifying a bicycle so a kid can ride down the street with their sibling.”

She says the best part of Sporting Dreams for her is watching each athlete grow and thrive. “I feel like they are all like my kids; I have helped nurture them and now they are here.”

Ms Jonkers believes the promotion and recognition of para-athletes has come a long way since she was competing and says she has been quite emotional watching the live broadcast and lead-up to the recent Games.

“Other people might look at me in my in a wheelchair and go, ‘well that really defines me and it’s part of my story’.

“When I was becoming an athlete, it just happened to be the thing I was sitting in. When I was growing up, all I had to look at was the Olympics.

“I’ve never been as emotional at any of my events as I’ve been watching the TV these games.”

She hopes the Paralympic movement will continue to inspire the next generation of athletes.

“We don’t wake up in the morning and go ‘I’m going to inspire someone today’, but as a default of what we do, by sharing our stories, we do.

“It’s beautiful to see that the movement becomes a beacon for that.”

Continue Reading
You may also like...
Related Topics: paralympian