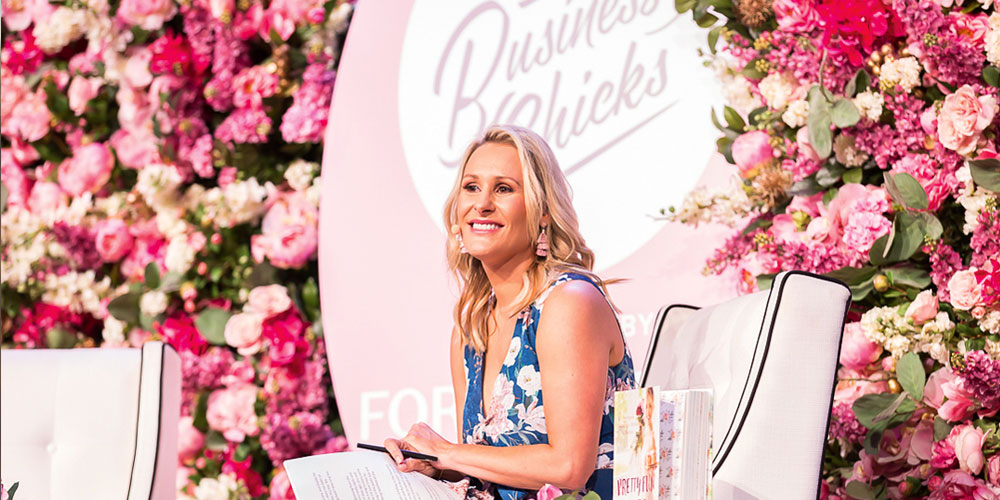 ‘Winging it’ is not usually a phrase you see bandied about by successful global businesspeople, but it is something global CEO of Business Chicks Emma Isaacs has learned to embrace.

It is a mantra that has served her well and the former Sydneysider will be sharing insights into what it takes to build a brand, how to take your business global, how to cultivate amazing relationships, build a culture and get your mindset right for success as a guest speaker at the next Sunshine Coast Business Women’s Network (SCBWN) monthly breakfast on July 17.

Ms Isaacs has truly walked the walk, becoming the co-owner of a small recruitment company where she had just started working at 18 years of age. When she sold the business eight years later, it had grown exponentially and been named as Australia’s Favourite Recruiter in the SEEK Awards for three consecutive years.

When she was 26, Ms Isaacs came across a group called Business Chicks, which she learned was up for sale and she took a leap of faith and bought it.

Over the past 13 years, Ms Isaacs has transformed Business Chicks from a group of 250 members to a global enterprise that operates in two continents, 11 cities and produces more than 100 events annually, with past speakers including Sir Richard Branson, Seth Godin, Dr Brené Brown, Arianna Huffington, Diane von Furstenberg, Sir Bob Geldof and Jamie Oliver.

Her latest book, aptly titled Winging It, is testament to the need to keep up in a fast-paced business environment.

“Winging it doesn’t mean removing planning altogether – it means having the flexibility to pivot when needed and the courage to act in the face of not always having all of the information,” she says.

“Business moves at such a pace these days that I’m always sceptical when people tell me they have three or five-year plans. With technology and concepts moving so quickly, it’s not always possible to predict where the market will be so far in advance.

“A lot of high-growth companies I know do agility planning, where they break down their strategic and tactical goals into 12-month plans or sometimes even six-month plans.”

While her business achievements are astounding, Ms Isaacs is also a mother of five and admits there is “no balance” in her life.

“It’s funny, but every time I have a baby (and I’ve had a few), I get this surge of ambition and this fundamental desire to get back to work and be able to create a life for them – to show them what’s possible and to be a role model for them,” she says.

“I know that for many women, motherhood doesn’t produce this same level of ambition, and that’s okay, but for me, I get this surge of wanting to protect them and give them everything, kind of like a lioness with her cubs.

“Of course, the reality of having five young children and a growing global business means that there’s precious little down time and I have to execute most tasks with military-like precision.

“In terms of the ‘juggle’, I try and be as easygoing as possible and I try and be kind to myself and don’t necessarily strive for the elusive ‘balance’. I know I have no balance and that’s the way life just is for now. I just try to understand my values and what’s important to me and focus on those things. For now, it’s about growing the business and it’s about spending time with my family. Everything else pales in comparison, but it won’t always be this way.

“My advice would be to learn to say no lots, and above all, be gentle and kind to yourself.”

Ms Isaacs is a firm believer that you can never learn too much and should take every opportunity to educate yourself and surround yourself with other likeminded people who are also curious and committed to their development.

To glean more pearls of wisdom from this business icon, head to the SCBWN Breakfast on July 17 at 6.45am at The Sebel Pelican Waters. Tickets are available at scbwn.org.au.