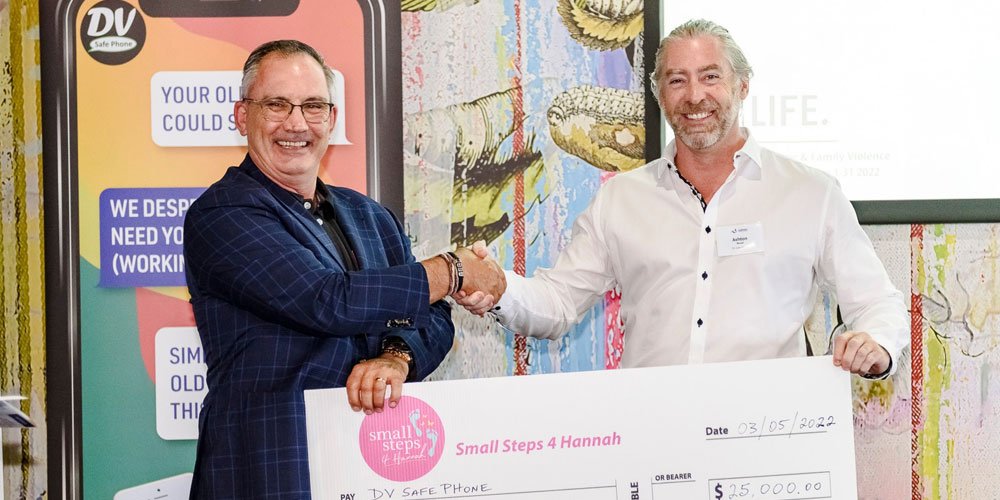 Hannah Clarke and her three beautiful children were never given the opportunity to live the lives they truly deserved. To honour them, and all victims of domestic and family violence (DFV), during May we shine an important light on the issue.

The theme for Domestic and Family Violence Prevention Month 2022 is ‘All of us, together’ and it aims to drive home the message that to achieve real and lasting positive cultural change, all levels of society need to be involved and act against DFV.

It comes as more than 250 people gathered at a candle-lighting vigil and march held at Cotton Tree Park on May 4 to mark the month. The annual event has been held by Centacare since 2000.

Acting Sergeant Maria O’Brien sees firsthand the effects of DFV in our region.

She is working in the DFV co-ordinating role for the Sunshine Coast district, dealing with high-risk couples and families as part of the Queensland Police Service’s Vulnerable Persons Unit (VPU).

As part of her role, she conducts daily occurrence reviews identifying couples and families at risk.

“We review all of the domestic violence occurrences across the Sunshine Coast and ensure involved persons are linked in with appropriate support serves,” she says.

“I run high-risk collaborative meetings with external organisations twice a week, like IFYS, Queensland Health, Centacare and the Department of Child Safety.

“The priority is victim support and perpetrator accountability and that in our unit we have more time to spend with our victims. Our unit works a lot in the prevention and disruption space rather than just the responding and investigating.”

She says domestic violence is often a “hidden crime” that goes undetected, but increased awareness and education is bringing more cases to the attention of those who can help. “When we work in it every day, we do forget the general population isn’t aware of the amount of DV that is occurring.

Acting Sgt O’Brien says Domestic and Family Violence Prevention Month is a way to recognise the community approach needed to tackle the issue.

“Police can’t deal with the matter on our own. With the over-representation of domestic violence we require the support and assistance from support services.

“The VPU acts as the conduit between the support services, so it’s wonderful to have those connections.

“With all the public awareness and engagement this month, it shows we really do need to deal with this together.”

Hoping to create practical and meaningful changes for victims and their families, Small Steps 4 Hannah has been pivotal in educating and advocating to ‘HALT’ the cycle of domestic violence.

The charity was set up by the Clarke family after the tragic murders of Ms Clarke and her children Aaliyah, six, Laianah, four, and Trey, three, on February 19, 2020.

Small Steps 4 Hannah is funding The HALT Map, a project being delivered thanks to Sunshine Coast charity DV Safe Phone.

“Small Steps 4 Hannah saw that there was a real gap in delivery of service and we have been delighted to work together with [founder] Ashton [Wood] and the DV Safe Phone team to assist in a practical and simple way of helping victims access emergency and crisis care support,” Mr Clarke says.

“We believe the delivery of safe phones directly into the hands of our most vulnerable is a game-changer in attempting to stop this cycle of abuse.”

To find out more about The HALT Map, to donate phones or to become an authorised distribution agent for DV Safe Phones visit dvsafephone.org. For more on Small Steps 4 Hannah visit smallsteps4hannah.com.au.

Glam up for Oaks Day
Bringing art to the people