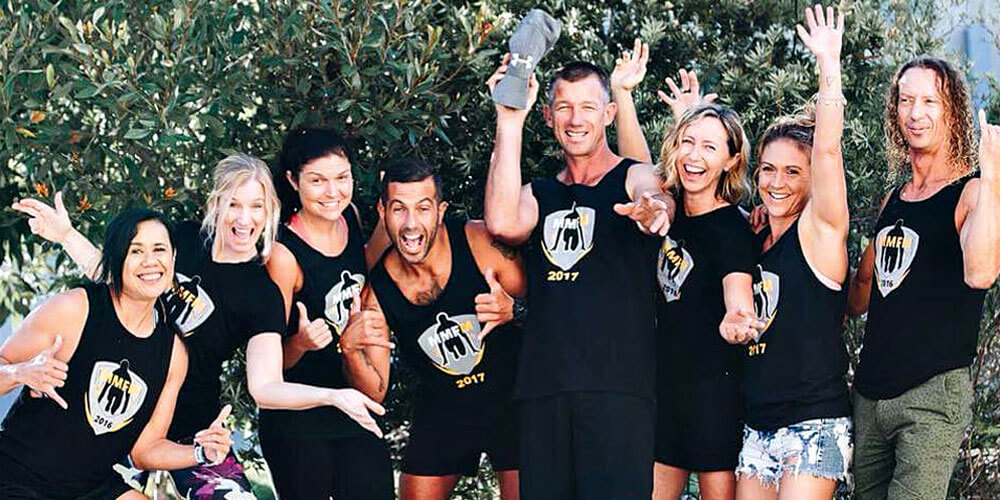 A team of seven Sunshine Coast locals are joining experienced and in-demand strength and conditioning coach Jamie Milne on his latest epic run to commemorate the 10th anniversary of his Many Miles For Mary (MMFM) campaign.

Mr Milne has hand-picked the team, which is currently running 1400 kilometres over 14 days from Lands End Cornwall to John O’Groats in Scotland, with the aim of raising $25,000 for the Australian Dementia Research Foundation.

Mary was Mr Milne’s grandmother and played a pivotal role in his early upbringing. Scotland was her homeland, making this an emotional fundraising quest for the team.

Dan and Lee Rolley, of local building company A Rolley and Sons, are among the group of runners who left the Sunshine Coast to begin their quest last week.

“We’ve been members of (Jamie’s) gym since it started, and we’ve been part of his support crew for other MMFM campaigns, riding bikes and such, so when he asked us to be part of the team, we said yes and didn’t think too hard about what we’d signed up for,” Mrs Rolley said ahead of the journey.

“We’ve done some great training to prepare for the run, with a 20 ‘kayer’ on the weekend and we’ve done a fair bit of trail and hill running too. Jamie has a unique way of looking at ultra endurance and how to train for it, and I reckon it works for me so far… a few days into the run I might tell you something different.

“But there’s a really good bunch of people who are taking time out of their lives to do this, so it will be amazing.”

Mrs Rolley says the cause is also dear to her heart, having lost her grandfather to dementia.

“It was hard to watch such a gentle giant become lost to himself and to everyone else around him. He lost all connection and it was hard for everybody.

“Most of us have been affected in some way by a loved one battling with Alzheimer’s and dementia.

“We will be trying to run as many of the kilometres as we can and we’re taking a six-day holiday at the end. Hopefully they won’t have to wheel me around London,” Mrs Rolley quips.

Dementia is the second leading cause of death of Australians each year. There are currently 413,016 Australia’s living with dementia and by 2050, it is estimated that this will increase to 900,000.

With no cause or cure currently available, research grants are vital in reducing these statistics. The Australian Dementia Research Foundation helps to grow capacity in dementia research through funding Australia’s best and brightest early career researchers to improve future outcomes for people living with dementia, their careers, family and friends.

If you can help, visit mycause.com.au and search for Many Miles for Mary 2018 Scotland to donate.