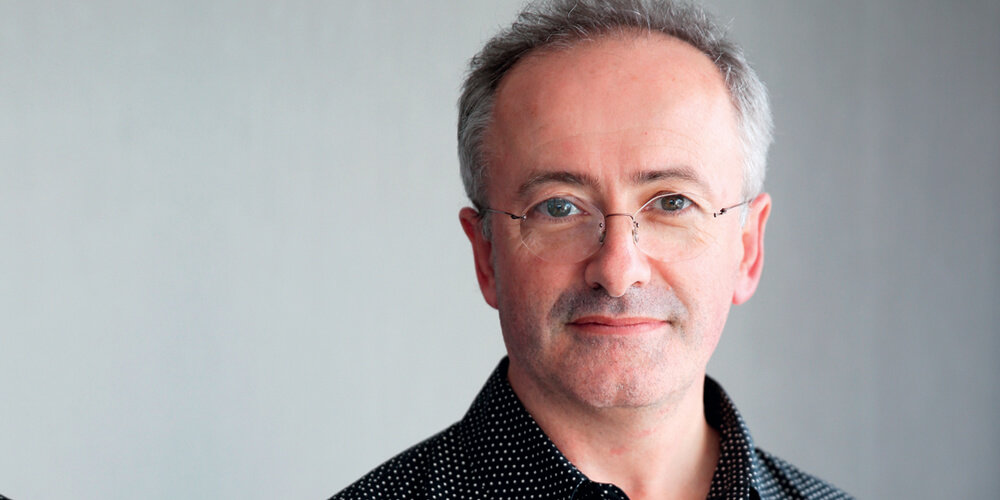 Four months ago today, my dad took his final breath. Even now, it feels wrong to write those words.

His final journey was short. The diagnosis had come seven weeks earlier and led to a sudden hospitalisation at the beginning of February. Days before he died, he was transferred to a wonderfully kind and professional palliative care ward.

The days were nightmarishly long. Waiting in a darkened room for one of the most important people in your life to die is heartbreaking; emotionally and physically draining.

We were told he couldn’t feel the pain, that his ragged gasps sounded worse than they were. When fluid backs up in your lungs, you fight for breath, drowning and fighting.

The only thing we could do was beg the nurses to help our dad, to relieve him of his pain until finally the syringe driver delivered the final dose of morphine.

Suicide is no longer considered a crime in Australia and yet euthanasia is. Our country’s most recognised euthanasia campaigner, Andrew Denton, questioned the humanity of this while addressing the National Press Club in August: “In Australia right now, if you are dying and wish to end your suffering, by law you are allowed to commit suicide, with all the darkness and trauma it entails.

“Also by law, you can opt for a slow exit, refusing treatment, including food and water, even if it’s life sustaining. How extraordinary is this, to live in a society where it is legally and ethically acceptable for a dying patient to endure a slow, tortuous death by dehydration and starvation – or to end their life violently and alone. Yet, it is legally and ethically unacceptable for that dying patient to choose a quick and painless end to their suffering.”

Denton is the founder of Go Gentle Australia, an organisation founded in 2016 to campaign for, and encourage conversation, about voluntary euthanasia laws. Go Gentle has released a book entitled The Damage Done, which details 72 testimonies of the “damage being done across Australia in the absence of a law for voluntary euthanasia”.

The pages of this book tell the stories of TV journalist Tracey Spicer, whose dying mother beseeched her to end the pain, the grandfather who, wracked by cancer, hung himself on the clothes line behind the house.

“Had the abuses, cruelty and harm inflicted by our laws, and so vividly captured in this book, happened within one institution, our politicians would surely have acted on them long ago,’’ Denton said. “But because they have happened in many places – palliative care wards, nursing homes, general hospitals, people’s houses – and because each has been a private tragedy, they have been invisible. Ignorable, deniable. We don’t argue for a right to die. Death is not a right. Death is a fact at the end of life. We do argue for the right to have a choice about what happens to us at the end of our lives.’’

July 1 marked 21 years since the Northern Territory introduced a voluntary euthanasia law. Nine short months later, the laws – which were an Australian first – were axed by the Howard Government.

There are now 100 million people worldwide who have the right to choose their fate upon becoming terminally ill. Euthanasia is legalised in the Netherlands, Switzerland, Colombia, Canada, Belgium, Luxembourg and some US states. Statistics show that four per cent of all deaths in the Netherlands are assisted, while it’s two per cent in Belgium. In the US state of Oregon, assisted dying makes up less than half a per cent of all deaths.

In Australia, 28 attempts have been made in the various state parliaments to pass an assisted dying law – 15 of these have been in South Australia, with the most recent knocked back in November. New South Wales and Victoria are debating the issue.

In Queensland, the issue is yet to grow momentum, says Sunshine Coast resident and former politician Marshall Perron.

“Despite approaches from advocates for many years not a single Queensland MP has been prepared to even table a report on voluntary euthanasia and that is a far cry from introducing a private member’s bill. Most of them refuse to engage in debate or answer correspondence on the subject.”

Perron was the Northern Territory’s Chief Minister in the 1990s and was instrumental in passing the voluntary euthanasia bill. At the time, he was surprised by the national and global traction the decision garnered.

“The outpouring of emotion from individuals who had a dreadful experience to recount was also a surprise,’’ he says. “Stories that had been bottled up for years within a family finally had a catalyst to be told. I always believed that someone who was suffering and while dying should have the option of hastening their death to end misery.

“Being in parliament gave me the opportunity to introduce a private member’s bill to give people that right. I felt that even if it did not succeed it would advance the day someone else picked up the cause and tried.

“Vetoing the law was a tragedy for all of those who would have taken advantage of it to relieve unbearable suffering.”

Perron says legalised euthanasia “offends’’ powerful individuals, particularly those with a strong religious faith. “I personally do not see any valid arguments against a law that stipulates only a competent adult with unbearable suffering can initiate a request for assisted dying and protecting a doctor’s right to refuse to participate in the process.

“There has been a gradual change in public opinion over the 20 years I have been tracking the issue. Today 85 per cent of Australian adults believe the law should allow assisted dying.”

With a state election looming, it will be at least 12 months before Queenslanders see any movement. “In some ways we are treading water,” Tregoning says.

Currently, Queensland law permits doctors to administer drugs to relieve suffering even if the drugs shorten the patient’s life. “Euthanasia is about choice, it’s control, dignity,” Tregoning says. “Voluntary euthanasia gives you the ability to say, ‘this is what I want for my life’. Palliative sedation is not always driven by the individual; there is not necessarily autonomy involved.’’

In November, the Australian Medical Association (AMA) confirmed its stance on the issue after reviewing its policy on physician-assisted suicide as part of its five-year policy review. The AMA is supportive of a functioning and well-funded palliative care system.

President Dr Michael Gannon says the AMA retains the position that doctors should not be involved in providing either euthanasia or physician-assisted suicide.

“This was reaffirmed… after an extensive consultation with members that, despite revealing similar differences of views amongst the members to that of the community, did not indicate a case for change from a position which is consistent with that of the World Medical Association. However, the new position does acknowledge that laws in relation to euthanasia and physician-assisted suicide are ultimately a matter for society and government. In saying this, the AMA believes that should some form of assisted dying become legal, the medical profession must be involved in the development of relevant legislation.”

He adds that while palliative care services are good, Australians need to have better knowledge about and access to those services. “The AMA strongly advocates that any change to the laws in relation to euthanasia and/or physician assisted suicide must never compromise the provision and resourcing of end-of-life care and palliative care. In the vast majority of cases, timely access to palliative care can allow patients to die in comfort and with dignity.”

The argument against
Legalised assisted dying has a lengthy history and it’s a one that has been observed with much controversy and debate. There are two sides to every story and when it comes to this story, Australians have strong opinions.

Those opposing the practice fear there is little way to control assisted dying laws and people will turn to the option in droves – this is known as the ‘slippery slope’ argument.

Pro-campaigners believe safeguards including multiple medical opinions, absence of coercion, cooling-off periods, witnesses and palliative care options will ward off problematic issues. However, the question still remains: once legalised, what is stopping the laws from spiralling out of control?
This concern is backed by global statistics including facts which have come out of Belgium in recent years. A report in the British journal BMJ Open detail how psychiatrists are prescribing fatal doses of drugs to clinically depressed patients. Between October 2007 and December 2011, 48 patients at a clinic in Belgium were diagnosed with conditions that were “unbearable’’ or “untreatable’’ and as a result were offered a lethal injection. A total of
100 patients, suffering from depression, schizophrenia and Asperger’s syndrome, requested the treatment.

In the Netherlands, a 1990 study reportedly shows that despite a safeguard law stating euthanasia can be delivered only at the request of the patient, around 30 per cent of cases were completed without.

Right to Life Australia, which is mounting a campaign against the Victorian government’s bill, last week flew Oregon-based campaigner Professor William Toffler to Australia. He says there are now moves in Oregon to expand the law to cover patients who are given a 12-month diagnosis – the beginning of the slippery slope.

“These are very bright people, very politically savvy [people] who use the pseudonyms ‘dying with dignity’,’’ Toffler tells My Weekly Preview. “They buy the public into it, craft it into language… [that it’s] all totally controlled. It is not. In every single place… it expands.

“In Belgium a year-and-a-half ago a convicted murderer asked for euthanasia. It allows him to be euthanised; there is nothing wrong with him. It’s showing once accepted in principal there is no way of controlling it.”

Toffler says since legally introduced into Oregon 20 years ago, euthanasia laws have also resulted in a “profound shift” in the attitude towards medical professionals.

“I’m really hoping that Australians don’t repeat Oregon’s mistake. It is the corruption of the practice of medicine. It creates a distrust of patients and physicians. It is uncontrollable and impossible not to circumscribe. There is no logic that someone with six months to live can kill themselves, but those with 12 months to live can’t.”

He says society needs to allow people to trust in their doctors and introducing euthanasia will remove this trust. “The ultimate secular argument I’ve heard is if society wants to embrace this, it should be someone besides doctors, maybe veterinarians, that way there is no conflict.

“It’s not good for the culture but I’d say at least we’ve maintained the ethic that people can trust their doctors. The bottom line is we’re saying to people that killing yourself is actually dignified. This is crazy.’’

If you are experiencing mental health issues or suicidal feelings contact Lifeline on 131 114 or BeyondBlue on 1300 224 636.

Get smart with your money
Is your home covered against severe weather events?