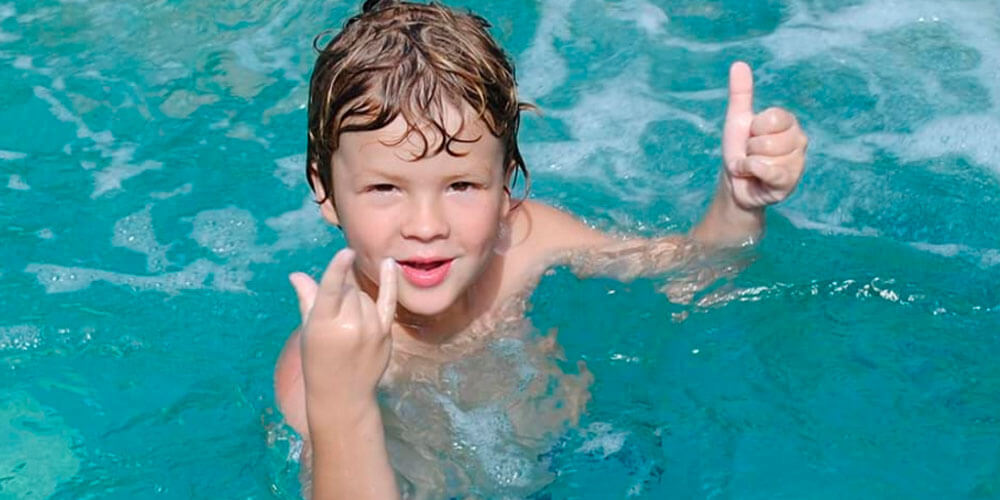 Mark and Tanya Martin have been staunch supporters of the annual 92.7 Mix FM Give Me 5 for Kids campaign since 2006, but their commitment to the charity was elevated to a whole new level once they spent 18 months in and out of hospital while their young son Sam, fought for his life.

Sam was just seven years old when he was diagnosed with stage three adult-type fibrosarcoma, an aggressive form of cancer, in July 2013. The Sunshine Coast community subsequently banded together to support the family and pray for a miracle.

Despite a courageous battle, Sam died in October 2014.

Every year since 2015, the Martins, who own Narellan Pools Sunshine Coast, have donated a complete pool package to Give Me 5 For Kids. It has become Sam’s Pool and raises around $30,000 for the charity each year.

The next Sam’s Pool auction will be held on June 24 on air with Mark and Caroline from 92.7 Mix FM from 6am to 9am, raising funds for medical equipment and support services for paediatric patients and their families in the region through beneficiary Wishlist.

Mr Martin says every day has been difficult since they lost Sam, but this auction is their way of “keeping Sam well and truly alive in the community”.

“We have seen first-hand what it’s like for families and children when you are involved in extensive hospital stays, and it doesn’t have to be something as traumatic as a child with cancer – any small procedure that sees a child in hospital affects the whole family,” he says.

“When you see the good work that fundraisers like Give Me 5 do, they provide hospitals with extra funding and equipment, so we help out every way we can.”

Although the team at Narellan Pools install pools across the Coast every week, Mr Martin says there is a deeper personal connection when they work on Sam’s Pool.

“It always amazes me how the Coast digs in for this charity, it is a testament to people understanding what it’s for, which is making things better for children and their families when they are going through these tough times in hospitals,” he says.

“We’ve never sat down and worked out the dollars we’ve raised – it’s not about that. It’s about helping and every small piece helps.”

In its 20-year history, Give Me 5 has raised more than $5 million for the needs of local paediatric patients. The month-long appeal will continue until the end of June and is proudly supported by My Weekly Preview.