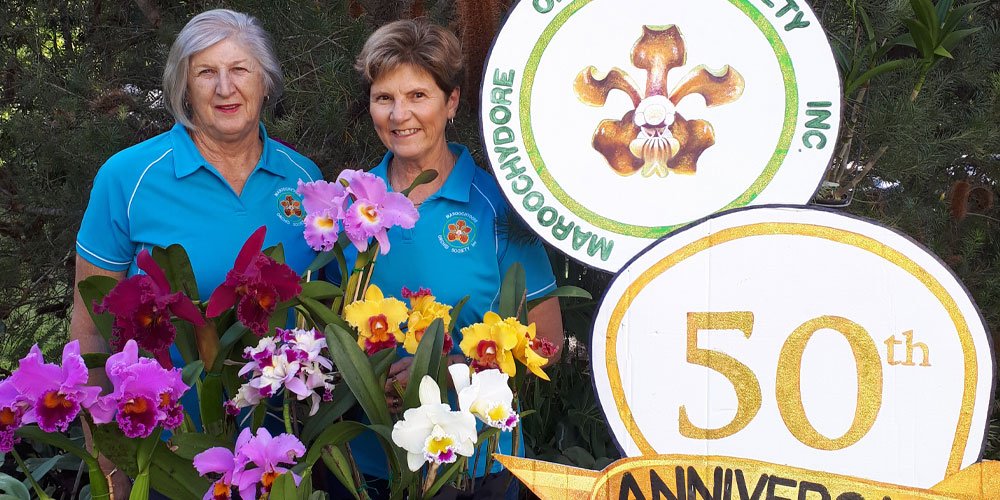 A local orchid society is celebrating half a century since the dream of 16 enthusiastic orchid lovers was planted and grown into existence.

Maroochydore Orchid Society was founded on February 9, 1971, and since then has been involved in orchid displays and shows with great success.

With around 45 members, the small, friendly group of orchid growers has a broad understating of the culture and requirements of orchids, especially growing them in the Sunshine Coast.

Kathy Howatson has been secretary of the society for 10 years. Her love of orchids began in 1998 after she was gifted a plant.

“I’ve always loved to garden,” she says. “My family and I went overseas and my sister-in-law stayed at our house in Mooloolaba and as a thank you gift she left me an orchid.

“It has a beautiful perfume and at that time there were markets in Mooloolaba where the Coles complex is today, and I went and bought several more orchids.

“I realised I needed to learn how to look after them, so I joined the Maroochydore Orchid Society in 2001.”

Members and visitors meet monthly at Buderim Men’s Shed, where there are talks and tips given for growing orchids. Members also bring their plants for judging and commentary.

With eight orchid societies from Bribie Island north to Gympie, Mrs Howatson says members often travel around the region to presents their plants.

“I am amazed, it doesn’t matter how many shows I go to there is always an orchid I have never seen before.”

In celebration of the 50-year anniversary, the society’s Annual Winter Show will take place on August 6 and 7 at the Uniting Church Hall in Buderim.

“Seven other orchid societies will be displaying their orchids, which will fill the hall with colour and perfume,” Mrs Howatson says.

“The hall will be filled with cattleya orchids, which are special because of their amazing colours and large, full-shaped, perfumed flowers.

“Many other rare and unusual orchids will be on display.”

The show will include plant and supply sales, and potting demonstrations. The event will run from 8am to 4pm on Friday and 8am to 2pm on Saturday.
Entry is $4. To find out more visit maroochydoreorchidsocietyinc.com.

Continue Reading
You may also like...
Related Topics: community news

MH17 tragedy: sons to share loss of parents with the world during trial
Help is at hand