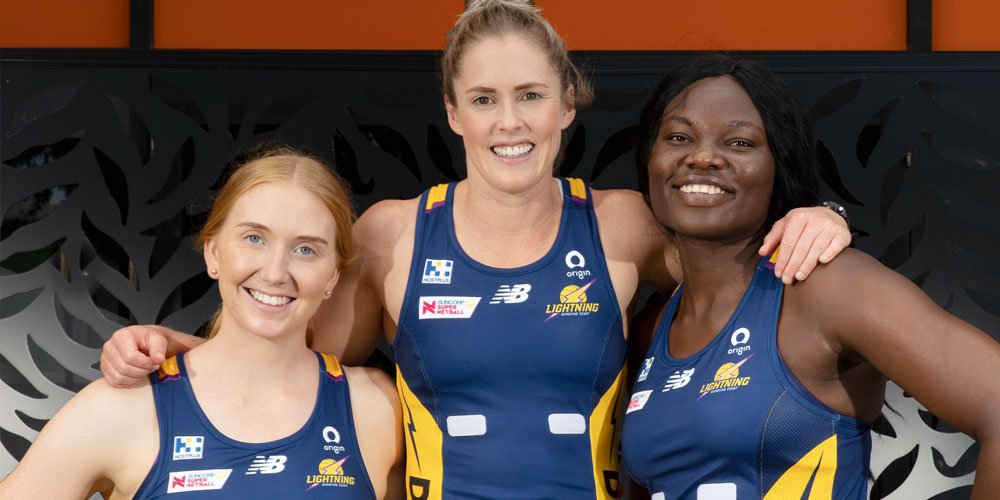 A host of new faces has reinvigorated Sunshine Coast Lightning on and off court ahead of season 2021.

“They have already exceeded my expectation and that is purely from the work they have put in already in pre-season and how they’ve fit in with the group,” Ms  Byrne says.

“That cultural fit, the ability to gel with other players has just gone to another level.

“A few players are saying it’s a little bit like year one – that little bit of excitement and difference that two players can bring.”

The club has also welcomed esteemed netballer and coach Vicki Wilson to the fold to bolster Lightning’s coaching team, having already established a strong rapport with Ms Byrne over the past two decades.

“Years ago Vicki was the one coach that I always thought was ahead of her time and I’m starting to see that all play out now,” Ms Byrne says.

“Vicki’s coaching mind is something I’ve only seen in two or three other people in our sport.

“I think this is the start of something for the club that will give us another point of difference and take us towards the future.”

Lightning also continues to perform off court, this week announcing Protector Aluminium as a Premium Partner in what is a boost to the club’s corporate backing.

“Despite the current challenging landscape, Lightning has continued to attract global partners, demonstrating the unique value proposition that we provide and the demand for a genuine alignment of values,” club CEO Danielle Smith says.

The Suncorp Super Netball season will begin on May 1.

Why is little Jonny the way he is?
Milking it: how one family is leading the world in camel farming