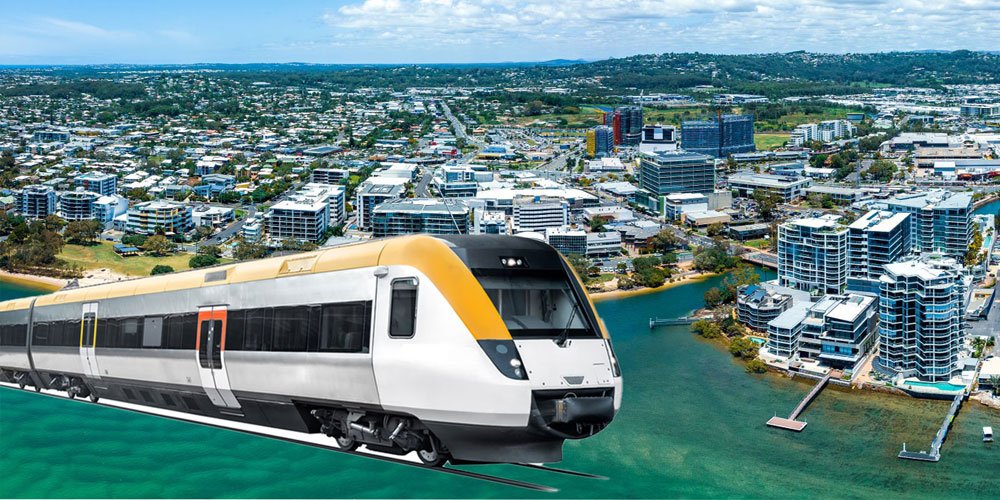 A decades-old vision for a rail network connecting the Sunshine Coast with Brisbane is finally on track after a staggering funding commitment from the federal government.

A whopping $1.6 billion has been allocated to advance the long-awaited CAMCOS project — which has not progressed since 1999.

Federal Member for Fairfax and Special Envoy for the 2032 Olympic and Paralympic Games, Ted O’Brien, told Sunshine Coast News the government was offering the state government a “compelling” 50-50 funding deal on the $3.2 billion venture.

Mr O’Brien said Premier Annastacia Palaszczuk and Transport Minister Mark Bailey both had recently indicated the plan was worth re-examining in 2022 because of the 2032 Games and population growth.

“I would be very surprised if the state government did not see the enormous benefit of this and come to the party,”
he said.

“This is about more than connectivity. It will help alleviate population growth pressures in our region by shifting housing density around new stations.

“This is the most transformative project the Sunshine Coast will see in generations.”

The 37-kilometre passenger rail line would branch east from Beerwah to Caloundra and Maroochydore and could be completed within a decade.

There would be key stations just west of the Caloundra Road/Pelican Waters roundabout, Kawana, near the Sunshine Coast University Hospital and the new Maroochydore city centre. The project would support 9550 direct and indirect jobs during the construction phase.

Federal Member for Fisher and Speaker of the House of Representatives, Andrew Wallace, said the federal government had already delivered funding for the duplication of the North Coast rail line, upgrades to the Bruce Highway, Steve Irwin Way and the Mooloolah River Interchange to the tune of nearly
$3.7 billion.

“This additional $1.6 billion delivers on our number one priority of bringing heavy rail to the Coast, connecting the hinterland and our coastal communities,” he said.

Federal Minister for Communications, Urban Infrastructure, Cities and the Arts, Paul Fletcher, said this was a significant investment in the Sunshine Coast.

The federal government will continue to work closely with the Queensland government on investment planning to deliver this important transport link.

Continue Reading
You may also like...
Related Topics: Government, rail