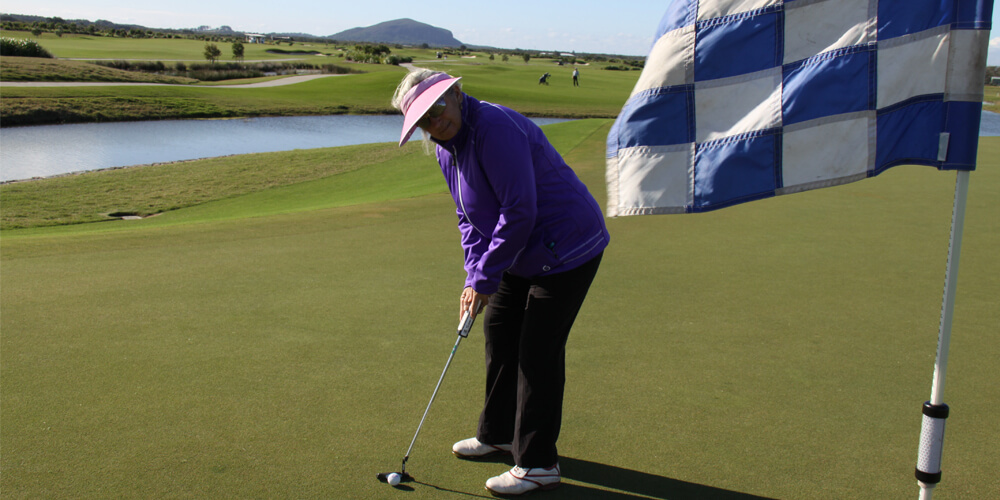 The Headland Golf Club player has taken out the national title twice before and has taken the top position in the state five times.

Now, she is poised for another tilt at the championship, which runs from October 23 to 27.

“I missed out on making the Australian team to head over to New Zealand last year,” Ryan laments, but the 65-year-old’s stellar year on the green has placed her in good stead to take on the likes of New South Wales’ Kim Burke and Victorian Helen Pascoe.

Ryan says the 100 competitors will be up against the notorious winds at the par 73 Maroochy River Golf Club, which is only in its second year of operation and has already managed to secure the prestigious event with the help of sponsor Sunshine Coast Lasersight.

“Maroochy River is a different style of golf course to most of the ones here in this area and it requires a number of different golf shots to play,” she says.

“Depending if wind gets up, the wind can be very difficult out there and can change the shot of a hole by two clubs either with the wind or against it.”

Having played golf for more than 30 years, Ryan says she didn’t start to play seriously until she was in her thirties.

Since hitting the senior ranks, Ryan has been a consistent competitor and one state champions will be wary of when stepping onto the green on October 23.

Ryan says she is proud to be part of a large contingent of senior golfers, with 57 per cent of the country’s players in the senior category.

“The nationals are always highly competitive, as only the top four progress to represent Australia on a tour in New Zealand, and I want to be one of them again this year.”

For more information on how you can catch the best female golfers in the country, visit golf.org.au and look for the National Senior Women’s Amateur Championship in the calendar of events.

A mother’s fight for life
Creative mind at work