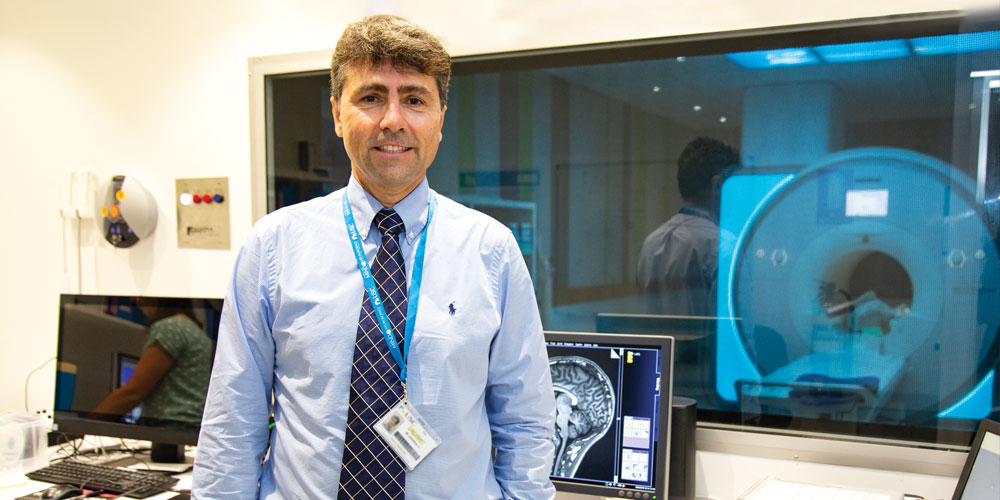 Stepping through the gleaming glass doors of the Thompson Institute at Birtinya, it’s hard to believe this was a derelict building just a few years ago. There are new carpets, fresh white paint, shiny equipment and lots of natural light pouring into its reception areas, research spaces and treatment rooms across three floors.

It’s fairly nondescript, as far as decor goes, but the building isn’t there to win any design awards. It’s there to house some of the world’s best minds, who are producing groundbreaking research in the hope of finding cures for some of the greatest mental health dilemmas of our time.

One aspect of this groundbreaking research is a trial of the anaesthetic drug ketamine to treat suicidality. Institute director Professor Jim Lagopoulos, a world-renowned scientist who works at the forefront of neuroimaging, first had the idea to use the drug 15 years ago. He is finally able to trial the study at the Thompson Institute and so far the results are nothing short of revolutionary.

This is just one reason the centre is now recognised as one of Australia’s foremost brain institutes. The Sunshine Coast Mind and Neuroscience Thompson Institute, as it’s officially known, is part of the University of the Sunshine Coast. It’s named after Maroochydore philanthropists Roy and Nola Thompson, who donated the $7 million building in 2015, followed by a further $3.6 million for MRI imaging equipment.

Prof Lagopoulos moved from Sydney three years ago to spearhead the institute. He is editor-in-chief of the peer-reviewed journal Frontiers in Science and editor of World Journal of Neuroscience and has worked at brain institutes around the world.

He says the work being done at the Thompson Institute could not be done in a big city.

“I often say to people the focus of what we do here at the institute you could only do on the Sunshine Coast. Big cities are somewhat disconnected. To give you an example, we’ve run ageing and dementia programs and youth mental health programs in Sydney. When you do recruitment for those studies, you don’t get buy-in from the community. It’s a challenge. Here on the Sunshine Coast, it’s more of a community feel. The response we get from people who want to engage with our services is tremendous.”

The institute focuses its work around four central themes: the provision of clinical services; advocacy for patients and their carers; conducting groundbreaking research; and education and teaching.

“We’re not just educating the next generation of brain scientists, but we’re also educating our community,” says Prof Lagopoulos.

“We’ve worked very hard to set up clinical services that were otherwise lacking here on the Sunshine Coast and we work very hard on community engagement and advocacy for patient and their carers. We have been open for business for less than a year. Sure, there are other prestigious institutes around Australia that have been going for a long time, but I would say in a short time we are doing world-class research and we are being acknowledged as world-class.”

The National Health and Medical Research Council has designated the Thompson Institute as a centre for research excellence. Australia’s national research evaluation framework, Excellence in Research for Australia (ERA), has given it a top score of five, which indicates it’s well above world standards.

On March 28, Federal Minister for Fisher, Andrew Wallace, announced a further $2.5 million investment in the institute, building on the $5 million the Federal Government delivered in 2017, which supported the institute’s first two years of operation. Another $2 million in funding has come through the Heller Foundation and the Wilson Foundation, with more support coming from clubs like Rotary.

This level of support is indicative of the institute’s high standing and the expectation it will have a major impact on five areas: youth mental health, suicide, ageing and dementia, PTSD and eating disorders.

“When I came here, it was obvious to me these were the five central things here on the Sunshine Coast related to mental health that were under-resourced and under-studied,” says Prof Lagopoulos.

With the funding the Thompson Institute has attracted, it is not lacking in top facilities and equipment. The MRI machine donated by the Thompsons is the only one of its kind in the southern hemisphere and can show brain processes happening dynamically right down to a thousandth of a fraction of a hair. This enables researchers to conduct real-time MRI neurofeedback therapies, which have outstanding results with PTSD. There’s also a transcranial magnetic stimulation (TMS) room, where patients with depression unresponsive to medication are treated. After 30 TMS sessions, they can walk out free of depression for up to two years. The treatment is safe and has no side effects.

But there is one area where the institute could do with extra help.

“As we become more and more known, we have very good students coming from all over the world as well as local students that now want to do research with us here,” says Prof Lagopoulos. “A lot of those students need PhD scholarships and we’re lacking support for that. In years gone by, a student would prefer a sandstone university like Sydney University or the University of Queensland, but we’re getting more and more students saying ‘no, I want to do your program at the Thompson Institute’. We could fill 10 scholarships up in a heartbeat.”

Prof Lagopoulos says he’s feeling settled in his new life on the Sunshine Coast and is excited about what the future holds.

“This is my home now; this is my life and my life revolves around my work,” he says. “I’m very passionate about the work I do and I’m very passionate about helping keep the community healthy. I am driven by finding cures for some of the most vexing mental illnesses we’ve got. The reality is we don’t have cures for schizophrenia, eating disorders, depression. The institute exists for this very reason. We are committed to finding cures.

“My dreams and my hopes for the institute in 20 or 30 years’ time are that we are seen as a centre of international excellence for the research we do.

“I don’t see any reason why the work we do here will not be acknowledged as much as the Harvards and Yales and Cambridges of the world. We have some of the most sophisticated techniques and equipment here. I see us competing on an international level very soon and I don’t think it will take 20 years. My strong opinion is that we’ll be there in five to 10 years.” 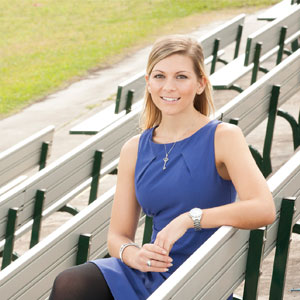 The Thompson Institute has developed a three-point strategy to address the problem of suicide across the Sunshine Coast. This strategy involves rolling out a suicide-prevention program, developing a digital tool to improve community awareness and understanding of risk factors and conducting research and clinical trials investigating pharmacological interventions.

Dr Amanda Clacy (pictured) is a research fellow who recently led the Alliance for Suicide Prevention – Sunshine Coast and has been with the Thompson Institute for just over a year.

“The suicide prevention program officially launched at the beginning of March,” says Dr Clacy. “We’ve done a lot of groundwork in consulting with community, ensuring we’re addressing the needs of the Sunshine Coast and bringing on board the people already working in this space. It means we have a very Sunshine Coast-owned program.

“In our first year of clinical trials, we’re looking at novel methods for treating depression and suicidality. Traditional antidepressants aren’t working as effectively. The results in our trials have been absolutely astounding. We’re looking at not only the reduction of symptoms, but also the neurobiological changes. There’s a reduction in symptoms within the first half an hour of treatment, but also their brain chemistry is changing.”

The treatment getting the astounding results is a trial of the drug ketamine, which the Thompson Institute is pioneering as a treatment for depression and suicidality.

“We use a low dose of oral ketamine and suicidality scores plummet,” says Professor Jim Lagopoulos. “Participants sit in a treatment room after taking it and wait three hours while being monitored. Then they can get in the car and drive home.

“In the first week or two, people say they feel sleepier, relaxed, happier, have more clarity of mind and their depressive symptoms dissipate. No one is worse off in terms of side effects.

“Some people immediately say ‘wow, I feel better already’ and most are nowhere near suicidal towards the end of the treatment.”

Meeting of a lifetime
We will remember them