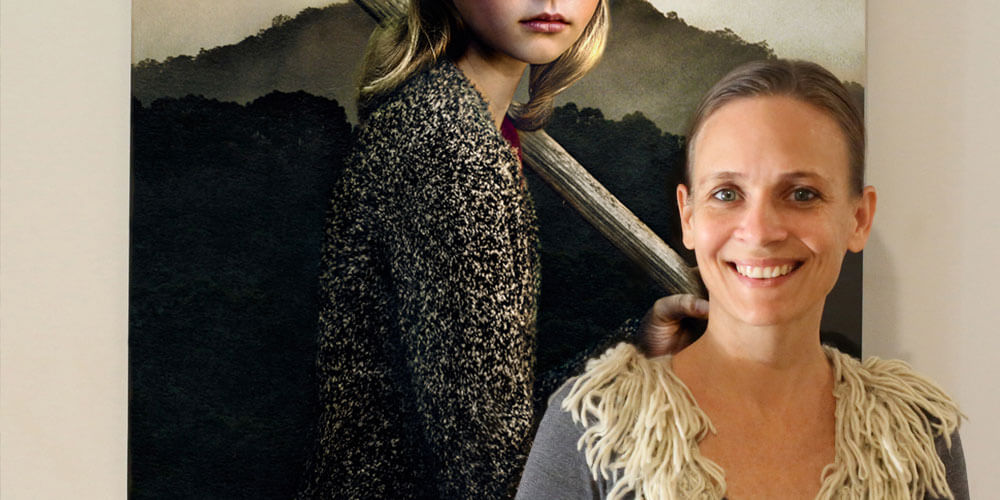 Dasha Riley is a great example of how, with strength and zeal, you can turn even the most difficult situations into a positive.

It has been five years since the Woombye mother of two first put pen to paper in an attempt to escape reality through the art of drawing. Realising she had struck creative gold, she continued to develop her skills, progressing into the realm of photography to become a nationally-recognised and award-winning artist.

“I had never been involved in art before,’’ Mrs Riley says.

“It (happened) a little before my father passed away. He was living with us and he was suffering from dementia. I had two little kids, my husband and my dad.

“It was very tough and I remember one time in particular, when he was admitted to hospital and he discharged himself. That whole afternoon he was missing.

“It was difficult. I thought, ‘I have to do something to keep myself sane’.

“For the first time in my life I was feeling depressed. I had no energy and I’m normally an upbeat person. I thought, ‘oh okay, I need to make a change’.”

That change came in the form of expression through art.

“I completed a drawing course and really enjoyed that. Then I won first prize in the Kenilworth Arts Fest and realised it was going really well,’’ Mrs Dash says, her passion for her art shining through her thick German accent.

“A friend of mine dragged me along to a photography course and the teacher was so inspiring. Doing research, I realised that different photographers photograph internal worlds more than what they see.

“I felt really inspired. It was just so nice. Such a horrible situation turned into something so wonderful.”

Mrs Dash’s beautiful work, which is described as photography with a twist of Italian Renaissance and Dutch Golden Age painting, has most recently earned her the title of Artist in Focus at the 38th annual Immanuel Arts Festival.

Launched on February 22 the festival, which is the largest of its kind in the region, is now open to artist entries.

Last year the event attracted 2300 people across its three days with almost $30,000 of art sold and organisers have tipped the 2018 festival to be bigger and better.

Festival convenor Melissa Evans is encouraging people with all levels of artistic experience to get involved.

“We have a lot of people who are first time exhibitors entering the festival,’’ she says.

My Weekly Preview is a proud supporter of the Immanuel Arts Festival.

The festival will be held at Immanuel Lutheran College from May 24 to 27 and there is more than $5000 in prize money up for grabs across the six adult categories, and the children’s sections. Entries are now open and close on April 6. To find out more visit immanuelartsfestival.com.au.

Open for business
Together we stand