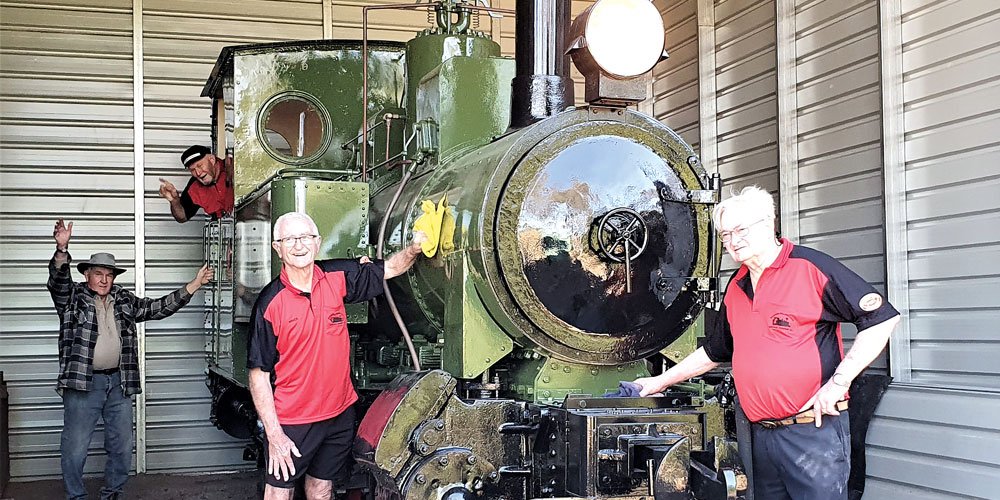 Buderim-Palmwoods Heritage Tramway (BPHTI) remains at an impasse with Sunshine Coast Council regarding a permanent home for the historic Krauss locomotive.

The iconic train, which once serviced the needs of farmers and residents between 1914 and 1935, received a fresh coat of paint last year, after 10 years sitting semi-exposed in a shed left it looking a little worse for wear.

BPHTI president Helene Cronin says division six councillor Christian Dickson funded to have the train professionally restored to its original colours and now the group needs somewhere to house it.

Ms Cronin says after the paintwork was done, BPHTI was forced to spend thousands to find another temporary home to protect the new paint work.

“We’re presently at a stalemate with the council regarding the display of the Krauss in Buderim so she’s all dressed up but, unfortunately, still nowhere to go,” Ms Cronin says.

“The temporary shed that the Krauss had been in since 2004 was becoming dilapidated and it was therefore necessary for us to house her in a new shed to protect the new paint job.

“This cost $18,000 all up and it’s unfortunate that we had to spend such a large amount of publicly raised funds on what it is hoped will only be a temporary home for the Krauss.”

For many years, BPHTI campaigned to have the train incorporated into the refurbished toilet block amenity on Lindsay Road.

Division seven councillor Ted Hungerford says in 2017 the council investigated several options to display the train in Buderim, but all exceeded the council’s $438,000 budget for the amenity block project.

“Council … resolved to continue to support the Buderim Palmwoods Heritage Tramway Inc should a suitable location be identified for the display of the Krauss Locomotive,” Cr Hungerford says.

Despite this, the tramway group continues to grow after being invited to take part in the filming of the council’s Cultural Heritage Discovery promotional video in July and the successful launch of Ms Cronin’s book Timber Trains Turmoil  – A History of Buderim and its Tramway.

Ms Cronin says the number of people using the Tramway Heritage Walking Track is increasing and BPHTI is “very proud of their achievements in the preservation of this important part of Buderim’s history”.

The group has a new email address – tram@buderim.com.