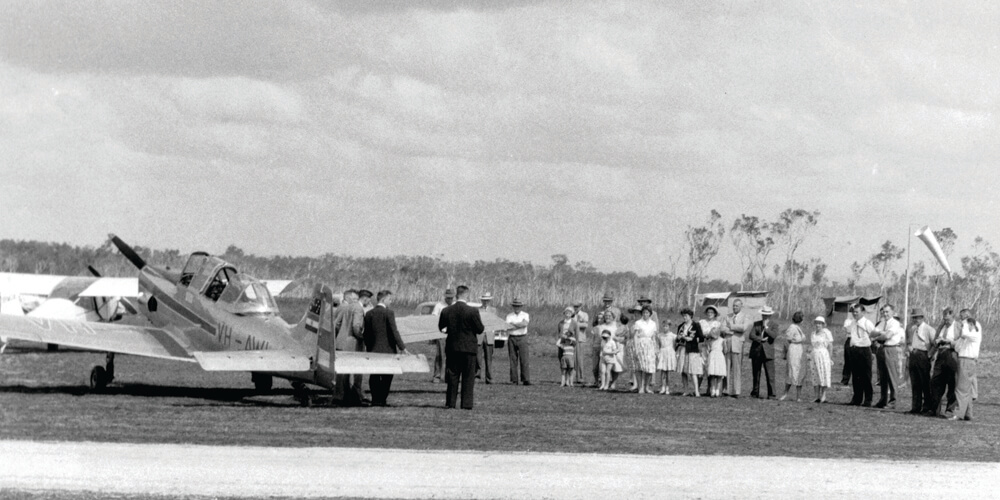 A state member for 27 years and Maroochy Shire chairman for 15, Dave Low’s name is preserved by the David Low Way, but he was behind the Sunshine Coast Airport, Wappa, Cooloolabin and Poona dams and was part of the local fabric all his life.

David Alan Low was born at Yandina in 1911, the grandson of district pioneer James Low. His grandmother Christina became the first European woman to settle on the Sunshine Coast when she married James in 1861. Their eldest son, John, had nine children, Dave being the youngest.

He went to Nambour State, Yandina Rural and Nambour High schools, started work as a railway clerk at Nambour in 1926 and married Claudia Ritchie in 1939.

There were eight nominees for Cooroora in 1946, David A. Low among them, along with his cousin William J. Low of Eumundi, a primary producer and businessman. The other candidates were all farmers.

Dave Low won the preselection but his cousin wasn’t at all pleased, appealed the decision on the ground of irregularities and declared he would run as an independent when his appeal was dismissed.

With an election coming up in May 1947, it was reported that the Country Party was calculating on the probable loss of the blue-ribbon seat because the feud between the “country cousins” Dave Low, who had been endorsed, and William would help the Labor candidate Bob Spencer win.

The Chronicle dedicated a poem to the spat, which starts: “Now the Country Party Lows are awful deadly foes. And there’s trouble round Cooroora countryside.

“Two cousins sought selection for the coming state election. And soon each had an army at his side.”

A month out from the poll in April 1947, Opposition leader Frank Nicklin, also a Country Party member, entered the fray and said there was only one Country Party candidate, and it was David Low.

For his part, Dave Low in a “vigorous, constructive address” referred to the condition of the roads in the Maroochy Shire and over the Cooroora electorate, and stressed the need for “a more liberal consideration by the government towards local authorities.” He advocated for better facilities at the Nambour Hospital to include a separate children’s ward, infectious diseases ward, and additions to the maternity section.

And thus began his push for State Treasury to support local government. In his maiden speech, he mentioned the “seaside interest” and pressed the region’s contribution to the state economy.

In 1952, unhappy with the attitude of incumbent Maroochy Shire chairman Andrew Thompson, he decided to run for the role, with the support of the Council of Progress Associations.

Low favoured a road along the coast to connect Caloundra and Noosa. Thompson said it was too costly and proposed better roads connecting the hinterland towns and the coast to serve tourist and rural industries.

Low won and two years later, fearing Landsborough Shire would win its bid for a Caloundra airport, he pushed for an area he had selected at Mudjimba for an airport.

Next, he needed a road to connect the airport with Nambour. The David Low Bridge at Bli Bli took two years to build and opened in 1959. He still couldn’t win state funding for his highway, so, he and Nicklin persuaded the government to introduce a Coastal Land Development Scheme, in which the big property players would develop the highway in return for land grants which were to be built into subdivided leasehold allotments.

The Crown would receive a small percentage and the developer the rest to cover financial risk and construction costs. Construction on the first stage started in 1959 and the course was set for the future Dave Low was 63 when he died in 1974, six days after resigning from parliament.