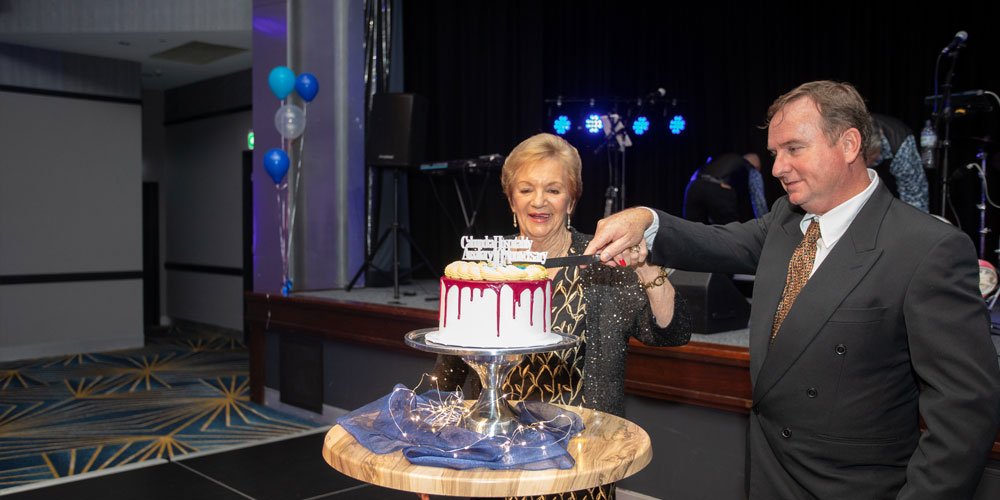 Caloundra Hospital Auxiliary is recognising a milestone anniversary as it looks back on four decades of supporting the area’s hospital.

For 40 years the auxiliary has been raising money to purchases vital medical equipment and the provision of other health services.

Auxiliary president Claudine Hagan says more than $3.1 million has been donated in that time thanks to the generosity of the community and the dedication of the many volunteers over the years.

“Without the community we would not be here to today,” she says. “Our footprint now extends to 10 clinics within the hospital.”

All the money raised comes directly from the Bardo’s Bazaar op shop, Mary Rose Kay Cafe and Halcyon Parks’ craft group, but Ms Hagan says the success
of Caloundra Hospital Auxiliary is championed by the many volunteers, which she describes as a “big family”.

“Kindness is contagious. We have on our books over 80 volunteers and it makes us feel like we are big family,” she says. “All of us are equal in everything that we do.”

The auxiliary first came about in 1979 after locals Dorothy Hamilton and Audrey Martin felt a hospital auxiliary would be an asset to the Caloundra Hospital.

Its first general meeting occurred on December 3, 1979 and on May 24, 1980 the auxiliary held the first of its annual fetes. These remained the main source of income until October 15, 1995, when it hosted the first of the weekly Sunday markets in the hospital grounds. The popular markets continued for 10 years until Caloundra Magistrates Court was built on the site.

In 2004, the auxiliary opened a kiosk in the foyer of the hospital until the transformation of Caloundra Hospital into the Caloundra Health Service when the kiosk closed and the Mary Rose Kay Cafe opened.

The auxiliary’s first major purchase was in 1985 when it contributed 50 per cent of the cost of building the Red Cross Next of Kin Cottage for relatives of seriously ill patients.

Ms Hagan says she hopes the auxiliary, which she has been part of for 16 years and president for 11, will continue to benefit the hospital as long as the footprint remains.

“I hope for it to continue and to go with the times,” she says.

“Nothing that we buy can be transferred to any other hospital. We continue for the benefit of the hospital and the patients and as long as we can stay in the area of the Caloundra hospital, I think everything else will follow though.”

Pick of the crop
Awards a big success