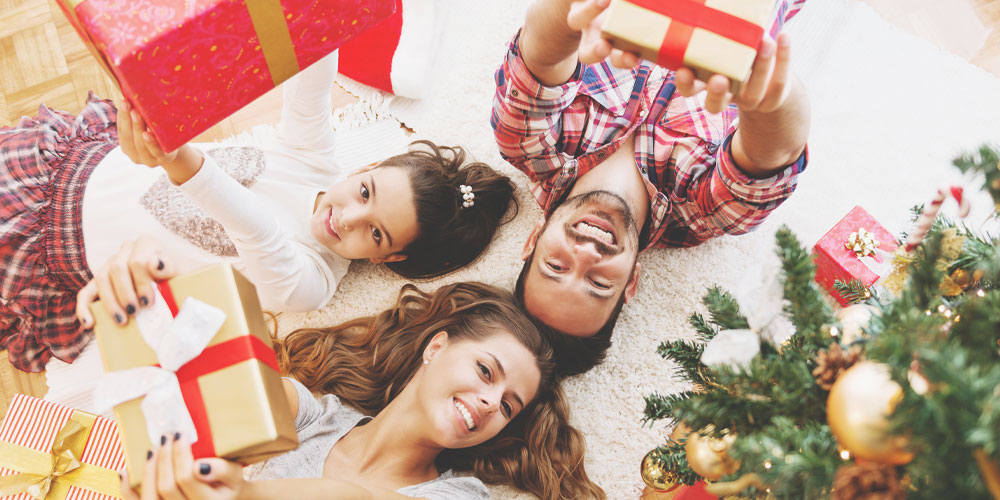 Buderim counsellor and author Kerrie Atherton put her Christmas tree up early this year and has gone “berserk” with decorations. Like many of us, COVID had put a dampener on her plans over the past couple of years. But with the Queensland border having reopened to those who are fully vaccinated and test negative to COVID, her son and his wife are coming up from Sydney, as are her brother-in-law and his family. It will be the first time they’ve all spent Christmas together for five years.

“We do heaps of presents,” Mrs Atherton says. “We go nuts! My mum and dad were absolute Christmas fanatics.

“My mum passed away 11 years ago in December, just before Christmas. My mum was a real present person so because of that, we go berserk with the presents.

“I’ve got a big tree and I’m not really a crafty person so the baubles are all really random,” she says. “I put it up early this year because my granddaughters came for a sleepover, so we put the tree up together. I gave them early Christmas presents and we ate chocolates.”

Mrs Atherton and her husband Martin moved to the Sunshine Coast when their son Josh and daughter Aleisha were young and while Aleisha has stayed on the Coast, Josh moved to Sydney when he was 23.

“Before COVID, we would see each other every six to eight weeks – we’re a very close family,” Mrs Atherton says. “He moved to Sydney about three-and-a-half years ago. I would always go down there or he would come up for a visit. I also have two brothers in Sydney and we’ve lost both our parents. Going to Sydney to see my son and brothers was always one of my happy things to do in life and one of my mental health-care strategies. I have really struggled since that has been taken away.”

Mrs Atherton says this has been her most challenging year and as a counsellor, she has seen the decline in mental health in many of her clients. 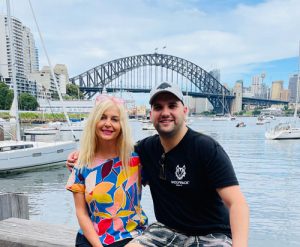 Kerrie Atherton with son Josh during a visit to Sydney

“Being an empath it has been especially hard, standing by and watching people suffer so much. I’ve had a lot more calls for counselling. Lifeline has had its highest ever recorded calls since they started. Over this last year, calls have doubled to all the help lines.

But Mrs Atherton is determined to put the difficulties behind her this Christmas and celebrate. The author of two Stories of Hope books and organiser of Stories of Hope events has been in full planning mode for weeks.

“We’re going to my daughter Aleisha’s house,” she days. “We’ll be spending Christmas Day by the pool, having roast turkey and roast lamb on the barbecue, and ham. She makes a special raspberry nougat Christmas ice-cream and pavlova.

“We’ll have Christmas Eve either here at our place or at the beach at Mooloolaba.”

With her husband’s brother Grant, his wife and their two children, plus her son Josh and his wife Kalina, her daughter Aleisha and her husband and two daughters, plus Kerrie and Martin, it’s shaping up to be one big, happy family Christmas. 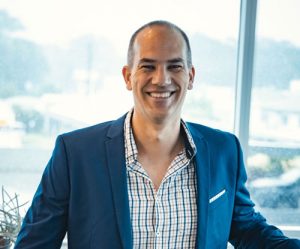 Christmas bookings were more than 80 per cent at the end of November, according to Visit Sunshine Coast CEO, Matt Stoeckel. Under normal circumstances, our tourism operators would be fully booked by this time of year, but even with the Queensland government declaring the border would reopen on December 17 – then opening it four days earlier than expected – some people are still taking a wait-and-see-approach.

“Some people are still yet to confirm their Christmas and New Year travel plans and we’re certainly doing a lot of work to help the situation,” Mr Stoeckel says. “We’re confident tourism numbers will increase the closer we get to Christmas.

“People are coming from right across Australia,” he says.

“A lot of interstate travellers are looking forward to returning to the Sunshine Coast because they’ve needed to keep postponing their holidays. I think for anyone in our southern markets it’s a no-brainer to come and enjoy our weather for their Christmas holidays.”

Mr Stoeckel says Visit Sunshine Coast is watching the development of the new Omicron strain of COVID, but remains optimistic about the Sunshine Coast experiencing a busy Christmas tourism period. However, bookings for the post-Christmas and New Year period are down, which Mr Stoeckel says is due to tourists being hesitant about booking too far in advance.

“From mid-January, we have a huge amount of campaign activity to really push the drive market and interstate markets to the Sunshine Coast,” he says. “The campaign is called Immerse Yourself. For Real.”

Mr Stoeckel says Visit Sunshine Coast is confident tourism on the Sunshine Coast will begin to pick up with rising vaccination rates, and this Christmas is just the beginning.

“I think operators have done it tough; it’s been a big couple of years for them,” Mr Stoeckel says. “They’re looking for certainty and confidence and that’s what the road map provides them. They should feel optimistic, but one thing they shouldn’t feel is too complacent. We know the tourism landscape will change a lot
in 2022 and we’ll have to adapt and take opportunities where we can get them. The New Year will bring challenges, but we’re confident in the region’s ability to continue to perform.”

Australians are expected to spend more than $11 billion on Christmas presents this year, according to Australia’s largest market research company, Roy Morgan. Toys, jigsaw puzzles and board games top the list of the most popular gifts. Sleepwear, shoes, clothing and gift cards are also popular.

According to research conducted by Roy Morgan and the Australian Retailers Association (ARA), gift buyers are expected to spend an average of $726 each, with those in the 35 to 49 years age bracket the nation’s most generous age group. In good news for retailers, most Australians (79 per cent) say they’ll spend the same or more than they did last year.

The ARA-Roy Morgan 2021 pre-Christmas Retail Sales predictions forecast that overall spending will come in at $58.8 billion, virtually unchanged on last year, but up 11.3 per cent on pre-pandemic conditions.

Roy Morgan CEO Michele Levine says Christmas shoppers are looking to reward themselves and their families after having endured the toughest two years in living memory for many of us.

ARA CEO Paul Zahra believes there’s a lot of Christmas cheer in the spending figures, which is great news for small businesses and discretionary retailers who have suffered through some of the longest lockdowns in the world this year.

The Christmas trading period is critical as it’s the time when most discretionary retailers make up to two thirds of their profits for the year, according to Mr Zahra.

“The past few months have been a uniquely challenging time for most retailers, in particular small businesses navigating extended state-imposed lockdowns and restrictions that have limited their ability to trade,” Mr Zahra says. “Despite this uncertainty, the good news is that consumer sentiment is upbeat for Christmas and retailers can look forward to healthy trading conditions over the busy festive season.

“Greater freedoms in locked down parts of the country are on the horizon and retailers can’t wait to have people back in their shops in the lead-up to Christmas.”

Those who have not been in a hotspot for 14 days prior to entry are permitted to enter Queensland by any means, including by road, as long as they are fully vaccinated.

The Bureau of Meteorology has declared a La Niña weather event is underway in the Pacific, bringing with it a relatively cool, damp and stormy summer for much of the north and east and that includes the Sunshine Coast. December to February rainfall is likely to be above median for parts of eastern Australia, with the highest chances for eastern Queensland. Christmas Day is expected to be cloudy and warm with possible storms.

Continue Reading
You may also like...
Related Topics: Christmas