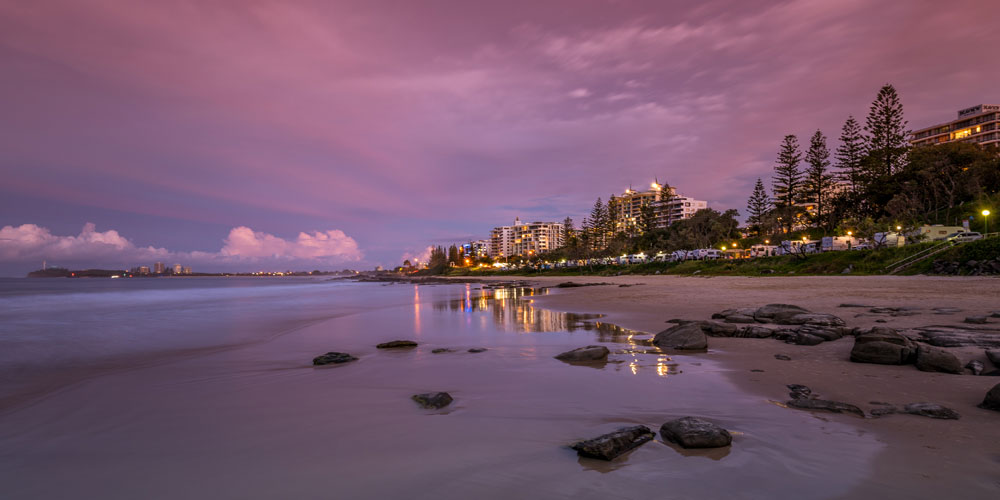 A lot can change in 10 years. Here on the Sunshine Coast, we’ve been experiencing growth on an unprecedented scale and about 20 new residents are settling here every day.

People moving to the Coast cite our laid-back lifestyle, reasonable property prices compared to the southern states, community spirit and of course, spectacular beaches as reasons for their move.

The Sunshine Coast’s metamorphosis from a sleepy collection of disconnected small towns to a vibrant tech-savvy, connected and cosmopolitan region has made Australia sit up and take notice.

We’ve compared the statistics from the 2016 Census with the 2006 Census and discovered some interesting insights into how we’ve changed in 10 years. (Note: while Noosa was part of the Sunshine Coast local government area in 2006, it de-amalgamated in 2016 and our figures have been adjusted to reflect the Sunshine Coast excluding Noosa).

The Sunshine Coast has always been a popular retirement area, and why not? Our climate, natural environment and easygoing pace of life are unsurpassed. The largest demographic is the over 65s and this has grown from 16 per cent in 2006 to 20 per cent in 2016. No wonder we’re seeing so many over 50s villages springing up across the Coast.

If you’re a young single woman who reckons there’s a lack of available guys on the Coast, you may have a point. Women outnumber men, comprising 52 per cent of the population compared with men at 48 per cent in 2016, and these percentages haven’t changed much in the past decade.

The percentage of people renting hasn’t changed, staying at 28 per cent in 2006 and 2016, and if you’re renting on the Coast, you’re probably doing it tougher than other areas of Australia. The percentage of people on the Sunshine Coast with rental payments greater than or equal to 30 per cent of household income is 35 per cent, compared with 29 per cent in Queensland and 28 per cent in Australia. Our median rent of $370 is substantially higher than Queensland’s median rent ($330) and Australia’s median rent ($335). In 2006, the average weekly rent was just $240 – an increase of 54 per cent.

Religious affiliation was an area that saw big changes.

English was the dominant language at 92 per cent in 2006 but this dropped to 89 per cent in 2016. In 2006, the five most common languages spoken at home (other than English) were German, Italian, Dutch, French and Spanish. In 2016, it was German, French, Afrikaans, Italian and Mandarin.

What we do for a crust hasn’t changed a lot, though professionals are on the rise.

Finally, we conducted our own survey and 100 per cent of respondents agreed the Sunny Coast is still the best place in the world to live!

Special thanks to Paul McKinlay at Sunshine Coast Council for his assistance in compiling these statistics.

Meet a typical Sunshine Coast family according to the statistics

Fiona Howett is 42, husband Jason is 44, their sons Oliver 10, and Locky nine, go to a state school and they all love surfing. They live one street away from the beach at Warana.

The couple moved to the Sunshine Coast from Melbourne in 2003 and married in 2006. Mr Howett works full-time in insurance and his wife works part-time as a homestay coordinator and international student liaison officer at Mountain Creek State High School.

Like many other Sunshine Coasters, they have a dog, Maggie, and two cars. Mr Howett works from home with occasional trips to the office in Brisbane. He prefers to drive to Landsborough or Morayfield and catch the train rather than tackle the Bruce Highway.

“The weather was a big reason why we moved here,” says Mrs Howett. “We just packed our car up and drove the whole east coast from Melbourne to New South Wales and were going to go as far as Noosa. We stopped at Mooloolaba, saw the beach and the barbecue area and the little shops and how rustic they were, and we thought, oh my god, this is like a holiday. We thought, let’s just stop here.”

They initially lived at Alexandra Headland and Mrs Howett managed a restaurant before landing a marketing and promotions job at Hot 91.1FM the year it launched. They then moved to Buddina, followed by their current home in Warana, 300 metres from the beach.

“In our street we have like, 10 kids, and they’re all down at the beach in the afternoon having a swim. The kids hardly ever have organised playdates, they just go from house to house and a lot of the time they’re outside kicking the ball or begging us to go for a surf. When we’re at the beach, I’m just sitting there thinking, oh my gosh, do they realise how amazing this is?

“One of the things that’s kept me from wanting to move anywhere else is we have a real sense of community here,” she says.

“Everybody helps everybody and I get a mushy feeling about the Sunshine Coast. When I go back to Melbourne and tell them ‘in our street we do this’, they’re amazed – they don’t even know their neighbours.

Mr Howett and the boys are keen surfers and in summer, are up between 5.30am and 6am to head to the beach.

“My boys are the typical Australian boys who live by the beach, play guitar, skateboard and play soccer and AFL – we will not take the Victorian part out of us.

“I try to get to the beach every morning with my dog and I do a morning video for my family scattered around the world – my brother is in Hong Kong, another brother is in London – I’m trying to convince them to move here. My parents are moving here in a couple of weeks.”

Mrs Howett has noticed the amount of vacant land on the Sunshine Coast dwindling and lots of new infrastructure in the Buddina area, and while she’s happy with the increase in cultural activities on the Coast, she’d like better public transport.

“Traffic has increased in the past 10 years, but I don’t want to say the word ‘traffic’, because all you need to do is go to Melbourne or Sydney and you’re slapped in the face with what traffic really is.

“I don’t know if it’s because of social media or because the place is getting bigger, but there’s definitely a vibe going on. People are creating bigger and better events and it seems like the budgets are getting bigger.

“When I first got here I struggled a bit, I was a city girl and loved it. It took me a while to settle in. It was much slower, the birds chirped all the time, it was so frustrating.

“You feel guilty staying in bed here. I used to love sleeping in, but now I couldn’t imagine it any other way. I keep reminding the kids how amazing it is, because they’ve had it all their life.

“I just breathe in that air and look at that ocean and think, this is the only way to start the day.”