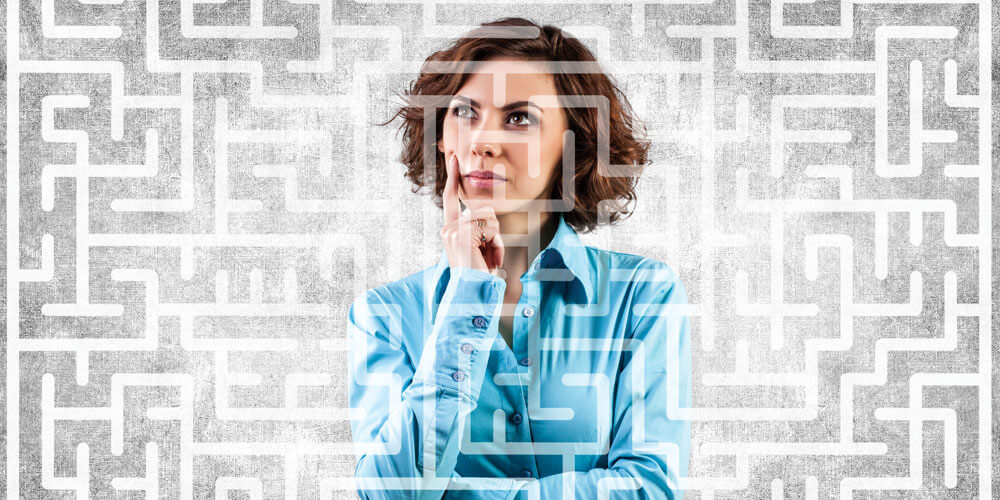 Want to boost your brain power? If you’re diligently doing crosswords or sudoku, we’re sorry to be the bearers of bad news. It’s not helping you do anything other than learning how to be good at crosswords and Sudoku.

There’s been an explosion in brain-training apps and websites in recent years – Lumosity alone has 75 million users – but there’s little scientific evidence they work.

According to the latest research, keeping your brain agile isn’t about doing the same puzzles or games each day. The secret to boosting your brain power is novelty.

Dr Jared Cooney Horvath is the author of the new book Stop Talking, Start Influencing, in which he outlines 12 scientific principles that explain how people learn and remember. A neuroscientist with a focus on human learning, memory and brain stimulation, he has conducted research and lectured at top institutions around the world, including Harvard University.

He is the director of the Science of Learning Group and NeuroEducation – two teams dedicated to bringing the latest in brain and behavioural research to education and business.

Dr Horvath says the idea we can use external tools to boost our brain function isn’t supported by evidence. However, science does know a lot about the changes we can make in our lives to help our brains function optimally. By following certain brain rules, you can learn and solve problems faster, improve your memory, sharpen your thinking and be more productive and creative.

“When it comes to brain power, it’s about using the tools we have efficiently,” he says. “I started my career in neuroenhancement – using external tools like pills, magnetism and electricity. It doesn’t work. The best way is to figure out how the machine works and once you know the rules, you can be super-efficient and on point.

“You have to keep doing something unpredictable,” he says. “The reason you do brain training is not because you care about brain training, but because you want to get better at doing things in your life. By drilling you again and again, it gets you really good at those games.

“Your scores go up and you think, ‘oh, my memory must be getting better’. You can do those games really well because you start to build a prediction [about how to play the game] and you do them on autopilot, but you can’t apply those skills anywhere else.

“Anything you do repetitively will become a deeper and deeper autopilot. If an adult wants to keep the brain fresh, they have to keep changing the rule set and keep doing something unpredictable. Most people after 65, they retire, they do the crossword and play golf. But if they learn an instrument, play a new sport or do something weird, the brain will come back to normal density.”

So the decline in our brain power as we age isn’t biological – it’s sociological.

“Force yourself to engage in something new and once you get good at something, do something new again,” Dr Horvath says. “What you are doing is shutting down your ‘predictor’ and accessing your ‘coder’. If you’ve never done a crossword, do it. Teach yourself how to do the cryptic crossword – which is the hardest thing.

“Learning is the secret to keeping the brain fresh and I can’t think of anything better to do than learn.”

Why is tihs setnecne so esay to raed – and waht deos it tlel us abuot thkining?

The reason you can read this jumbled sentence is due to the incredible predictive power of your brain.

“Whenever you learn something new, you have to code it into your brain,” Dr Horvath says.

“As you learn, the brain starts to form a prediction, so you devote less and less time to coding. We’re so good at reading, the brain can predict what should be read [as per the example above]. It is an automatic prediction process.

“You can assume 80 to 85 per cent of the day, you’re not actually present, you’re simply running predictions on how things should be,” he says.

Something else science teaches us about learning and memory is that cramming isn’t a good idea. If you have an exam coming up, you’re better off studying one hour per day for three days than doing one three-hour study session.

Ever binge-watched a Netflix series? Chances are you won’t remember as much about each episode as if you’d spaced them out and watched one episode per day or per week.

There’s a law of learning called spacing. If you spread out your learning, you will remember 70 per cent of information for six months longer. If you binge-watch a show, you will forget 80 per cent within 48 to 72 hours. But there’s a caveat: if you talk about that show and read about it afterwards, deeper memories will form.

“If you want a deep memory, you have to do recall,” says Dr Horvath. “It’s not just about what you put in, but what you take back out.”

Finally, when you’re learning something new, don’t be afraid to make mistakes. Error plays an important role in our learning and how we respond to it makes all the difference.

“Take the idea of the coder versus the predictor,” says Dr Horvath. “An error is a discrepancy between your predictor and reality. In a jumbled sentence, there is a massive difference between the letters and what you can read. We make errors constantly, but our predictions are so strong that we never notice them.

“Once you make an error that’s noticeable, the brain fires up and love it or hate it, you have to access your coder. You have to cognitively engage and in that moment is the definition of learning.

“If you do something new and screw up, you then have to become hyperfocused. That is what you want.”

We all know exercise, sleep and stress management are essential for our brains to function well. But what else do we know? Here’s what Dr John Medina and Dr Jared Cooney Horvath have to say.

“I am a strong advocate for adhering closely to what is sometimes called the Mediterranean diet,” Dr Medina tells My Weekly Preview. “Lots of fruits, lots of vegies, fish, nuts – and if there’s oil, make sure it comes from olives. Diets like these have been shown not only to improve vascular health, but also brain health. Specific positive effects have been noted on specific cognitive gadgets. The positive effects of the Mediterranean diet on working memory – something we used to call short-term memory – is one example. But, like with so much brain research, we are only in the beginning stages of understanding what the effects [of food on cognition] might be.”

Learn an instrument or a language

Dr Medina says formal music training improves intellectual skills in several cognitive domains: spatiotemporal skills, vocabulary, working memory and sensory-motor skills. Dr Horvath says learning music or a language as an adult can be great brain boosters. “Not only do they force novelty – which is essentially what the brain runs on – but learning a new language or instrument changes concepts with which we use to translate the world.”

“The data is just starting to come out on this,” Dr Horvath says. “The more green time, the better function across the board. Your environment, especially if it’s nature-based, doesn’t actually make you a better learner, but it puts you in a better position to do the learning and thinking elsewhere. The prominent theories have to do with movement and oxygenation. When you’re indoors and especially on a screen, you have a narrow focus. That broadens out in nature, which sends the brain into a low theta-alpha level and cleans it up, slows it down and everything gets back on the same page so when you go back to hardcore learning, everything is relaxed and calm.”

Collect for a cause
Carving out a bright future