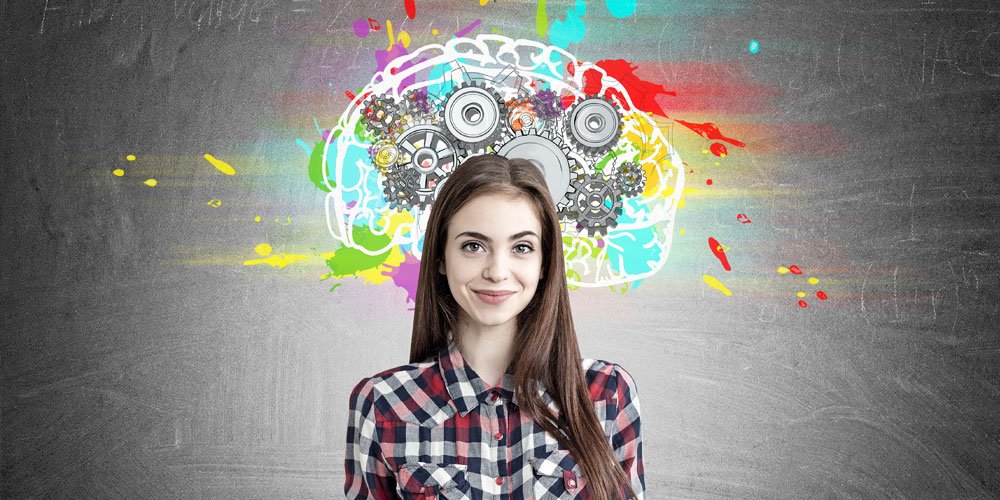 Teenagers get a bad rap. Moody, lazy, rude, addicted to screens… Wouldn’t it be great if we knew what was going on inside their brains? Thanks to a world-first study at the University of the Sunshine Coast’s Mind and Neuroscience Thompson Institute, we’re learning more about those adorable, sleepy humans each year.

USC brain scientists are gathering data on what makes teenagers tick and it wouldn’t be possible without a group of teens who are giving up their time – and handing over their brains to be studied – over a five-year period.

Professor Daniel Hermens, deputy director at the Thompson Institute, is leading the groundbreaking Longitudinal Adolescent Brain Study (LABS). The study is tracking brain development throughout its most dynamic phase of adolescence, through regular brain imaging and psychological and cognitive assessments.

There are other longitudinal studies on adolescent brains in progress, but they usually only see their subjects every two years. LABS is the only study of its kind that brings teens into the institute every four months for five years, allowing researchers to gain a better understanding of how the brain changes from the ages of 12 to 18.

It can be mission impossible getting a teenager to commit to putting their dirty clothes in the laundry basket rather than throw them on the floor, so persuading them to give a day every four months for five years is no easy feat. But Prof Hermens and his team are aiming to recruit 500 teens to take part in the study and the first cohort of 20 recently reached the halfway mark.

“It has just been amazing,” says Prof Hermens. “At the midpoint, we present them with an image of their brain and write a little note on the back thanking them for their time and giving them feedback about how much we appreciate their involvement. By this stage, they have had more than eight brain scans and other assessments and the chances of them getting to the end is that much higher.

“They are chuffed. They sort of smile and realise they are contributing. You can see their sense of altruism. It’s so rewarding and their parents are very proud of them. I tell them, if it wasn’t for people like you, this study couldn’t be done.”

The teens work with a research assistant or a PhD student at the Thompson Institute to answer questionnaires and complete cognitive tests that measure things like memory, decision making and reaction time. They also have brain scans and an EEG.

The group who have been in the study for two-and-a-half years are now at time point eight, which means they’ve gone through this process eight times and have seven more to go.

“We need to have outcomes along the way and we need to keep funding the study and reporting back to the Commonwealth government,” says Prof Hermens. “We look at a whole range of things, like the relationship between different structures in the brain and psychological distress.

“The very first paper was about how the hippocampus, a very important part of the brain for learning and memory, responds to stress. It’s interesting to see how it responds to psychological distress in 12-year-olds, because it happens to a much greater extent in adults with depression.

“Our most recent study found that increased psychological distress in early adolescence was most affected by unhealthy eating, followed by low social connectedness, then decreased physical activity.”

The researchers believe that by tracking the brain during adolescence, they will gain a deeper understanding of the factors that impact mental health in adolescence and intervene before they reach adulthood, when it can be more difficult to take corrective action.

Prof Hermens says he is also in discussions with USC Associate Professor Dr Michael Nagel, who specialises in neurological development in children and teens, to study the effects of screen time on young brains.

“We recently met and are going to collaborate on this issue,” says Prof Hermens. “He did a talk recently saying the jury is out, we don’t know the effects of screen use because most studies are cross-sectional. I said, ‘LABS can answer that question’. We’re going to add some questions about screen time exposure and see if there are impacts on the brain for those with low or high screen time.”

There are now a little over 100 adolescents taking part in LABS, which means the team is a fifth of the way towards reaching its recruitment goal of 500.
Prof Hermens says there is an 85 per cent retention rate and they are seeking more participants.

To find out more about participating in LABS, email LABSscmnti@usc.edu.au, phone 5456 3892 or visit usc.edu.au/thompson-institute.

Why are these teens taking part in LABS? 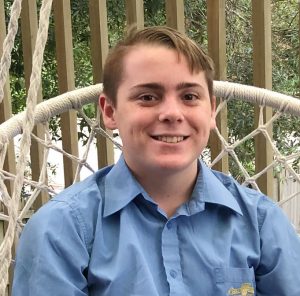 How did you find out about LABS and get involved?

My mum was studying psychology at USC and had to do research hours for her degree. We were talking about what things I would need to do if I were to have a chance to get into the likes of Harvard. I figured that notching up 90 hours of research participation would look great on my resume.

Why are you taking part in the study?

Originally I wanted to be a doctor and knew that it would look great on a med school application. I don’t want to do that anymore, but I know it’ll still look great and it’s a really interesting study. I am a naturally curious guy, so it works.

Have you learnt anything interesting or surprising about yourself from the results so far?

You mean aside from the brain tumour? I was an early participant and I remember mum asking the team a rhetorical question about what would happen if they found anything sinister on the MRI scans at my first consent meeting. Mum got a call the next day and we had to do a bunch more scans with different doctors and now, long story short, I am fine and I see a neurosurgeon every once in while to see how it’s tracking. Apart from that, I have learnt a lot about electrical currents in the brain and I have also learnt that I act rashly when making decisions.

I think that mental health should be a focus at any age! We don’t have a lot of information about mental health in kids, so I get to be a part of something great.

Do you think you will stay in the study for the full five years?

Yes for sure, it’s really interesting and I like this stuff. 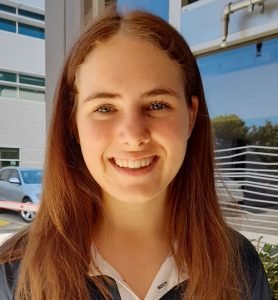 Have you learnt anything interesting or surprising about yourself from the results so far?

That I’ve experienced things I didn’t think I would experience along the way.

Teenage years are a hard time, especially in the current society.

Social media, school and home life have a huge effect on young people these days.

Do you think you will stay with LABS for the full five years?

Well, I’ve done it for a while now, might as well stick with it and it helps science to know what traumatic events and different things affect young children. 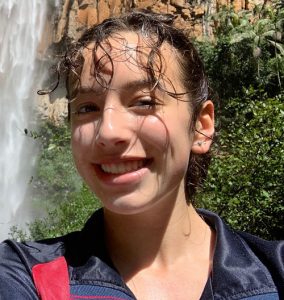 How did you find out LABS and get involved?

My mum used to work at the university and found out through an internal newsletter.

Why are you taking part in the study?

It was about the adolescent mind and I was interested in that. I thought it was good to help out a study. I was a bit nervous about the MRI at first, but it’s fine now.

What is interesting about it?

I find it interesting that the cognitive test can show you something about your mind; when you get a report at the end of the year it shows you some aspects of your brain and you get the images of your brain from the MRI, which I think are pretty cool.

Have you learnt anything interesting?

One of the reports from the EEG said I would be unorganised, but I’m pretty organised. It was mostly correct, though.

Because your brain is growing and changing and if we know what’s going on and how you can help mental health in adolescence, it can prevent it when you’re an adult. Also, mental health can really affect adolescents as well as adults; seeing what goes on in their brain and how different activities affect that can be pretty helpful.

COVID definitely was a big one. Social media, cyberbullying, some people find school pressure, but I don’t find that myself.

What does your usual visit to the Thompson Institute involve?

First up, I have the cognitive tasks and the little iPad survey. One of the tasks you do by yourself and one you do verbally, with an assistant. You take a break and go for lunch, come back and do the MRI or the EEG. It takes a bit to set up the head cap and wires for the EEG and get ready for the MRI.

How long does it take?

Pretty much all day, or you can split it over two days. I prefer to have it in the holidays. My sister likes doing it in the school term.

Will you stay in the study for the full five years?

Yeah, I think so. It doesn’t really affect school because it’s one day and it can be in the holidays.

What are you hoping you’ll get out of it after the five years are up?

I just hope the researchers have more understanding about adolescent brains and it will help them, and I can have a better understanding of it as well.

Continue Reading
You may also like...
Related Topics: teenagers, USC