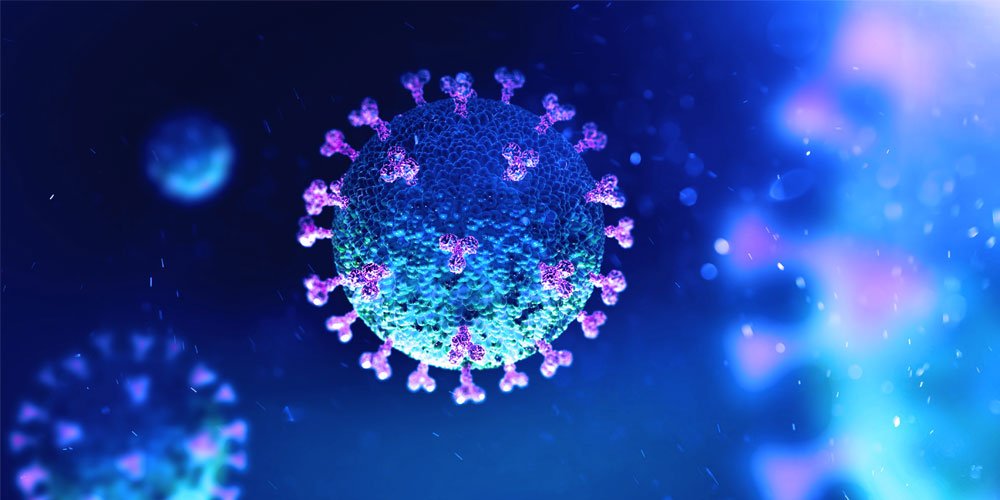 In the past two months, you’ve no doubt read a dizzying array of contradictory information about the development of a coronavirus vaccine and when this holy grail of modern medicine might become available. It could be December, but that’s a long shot. It could be 18 months, five years or longer.

Immunisation is recognised as one of the world’s most successful and cost-effective health interventions. The World Health Organisation (WHO) estimates that each year, immunisation prevents between two and three million deaths worldwide from vaccine-preventable diseases. It’s why World Immunisation Week (April 24 to 30) promoted the theme: vaccines work for all.

But developing a safe and effective vaccine is a lengthy and expensive process, especially when it comes to this particular virus, known in the medical world as SARS-CoV-2. That’s because the virus did not exist in humans before December 2019, so little is known about it. Also, the upper respiratory tract, which is the area of the body most affected by the virus, is a difficult area of the body to target with a vaccine.

More than 80 teams around the world are on the case and once a viable vaccine is developed, clinical testing and trials need to be done on a large number of people.

Sunshine Coast GP, researcher and lecturer, Dr Sam Manger, says it’s difficult to predict when the much-anticipated day will come. A clinical research fellow at the Mind & Neuroscience Thompson Institute, senior lecturer with James Cook University and president of the Australasian Society of Lifestyle Medicine, Dr Manger is a strong advocate of vaccination and is passionate about managing health conditions through healthy lifestyles.

He takes the best of medical technology and science and marries it with lifestyle measures including nutrition, movement, mind states and social connection. He says it’s even more important to get a flu shot this year and adopt a healthy lifestyle to keep our immune systems strong while we await a coronavirus vaccine.

“It is yet unclear if a successful coronavirus vaccine can or will be developed, as it depends not only on the science but also the future of coronavirus and many other socio-political factors,” says Dr Manger. “During past spreading infections, such as the 2002 to 2004 SARS-CoV-1 outbreak, there was also a lot of interest in a vaccine, but this interest dwindled as the infection essentially disappeared, hence no need for a vaccine.

“It may be this current coronavirus (SARS-CoV-2) does the same thing, but that is less likely as the numbers of cases is far higher and widespread than SARS-CoV-1 was, or that it regularly mutates enough that they need to develop annual vaccines for it, like they do for influenza, or that it becomes part of our regular environmental milieu of viral infections that currently exists but stay relatively stable. In that case, a vaccine may be indicated if the infectivity and impact is severe enough to warrant a vaccine, and even these numbers are being debated by experts in the field.”

“However, making a vaccine can be difficult due to unique elements of coronavirus, and like the seasonal influenza vaccination it may only offer partial protection. We simply do not know enough yet, and until we do, yes we should work to develop a vaccine to protect as many people as we can. But it could take 12 to 18 months, if not longer.”

But while the majority of the world is cheering on the scientists scrambling to develop a vaccine, some sections of the community reject vaccination altogether and are concerned a coronavirus vaccine would usher in a new era of mandated vaccination. Through Facebook live videos and other avenues, Dr Manger is communicating with anti-vaxxers in a respectful way that takes their concerns into account, while explaining the importance of vaccination. A father of two, he had his own concerns about vaccination when his children were born and delved into the anti-vaccination literature, emerging firmly of the opinion that vaccination is one of the greatest medical advances of our time.

“Scientists, doctors and nurses are often parents or uncles or aunts too, so quite frankly it is immature and insulting to accuse us of not caring about our families too,” he says.

“Anti-vaccine proponents commonly claim that hygiene and sanitation are the reasons vaccine-related disease has reduced, not vaccines, but this argument is so easily proven false,” Dr Manger says. “Of course, hygiene and sanitation advances in the past 100 years have led to immeasurable benefit… but vaccines have also been a part of the success against infectious disease over the past 100 years.

“After each introduction of vaccine and widespread use, we have seen an enormous drop in the cases of these diseases, from polio in 1950s, measles in 1960s, haemophilus in the 1990s to meningococcal in the 2010s. Some have argued that mortality was already going down because of improvements in medical care, which is true, but the more accurate truth is that since vaccination both cases and mortality have plummeted, meaning less lives lost and we can use precious health resources for other non-vaccine-preventable diseases now. How is this not a good thing?

“Sadly, despite sometimes good intentions, I have seen anti-vaccine proponents intentionally or unintentionally misinterpreting and misrepresenting the evidence. There are real risks to vaccines, which have affected some and for that I genuinely empathise, but for the vast majority they are safe, effective and are clearly beneficial.

“The most common concerns I hear from anti-vaccine proponents is about the adjuvants in vaccines, not the vaccine itself. Adjuvants are essentially components added to vaccines for various reasons, and the most common ones of concern are mercury, aluminium and formaldehyde.”

The additives in vaccines are used in such tiny amounts as to not warrant concern, according to Dr Manger. For example, apples and pears contain far more formaldehyde than vaccines – even the organic ones.

Vaccines are constantly being reviewed and refined, meaning we have far fewer adjuvants in vaccines than we did 30 years ago. “I do support free choice on whether to vaccinate or not, but that choice must be based on informed consent, that being making an independent decision having the full knowledge of the possible benefits and risks,” Dr Manger says.

“My fear is many are not being given all the information they feel they need to make a truly unbiased decision.”

Why you should get a flu shot this year

Health Minister Greg Hunt announced an extra 3.5 million doses of the flu vaccine would be available this year, and if you’re not usually one to get a flu jab, you’ll want to.

Australia’s primary flu season lasts from April to October and Dr Sam Manger recommends it for three main reasons. “First, to reduce the risk of getting influenza and suffering or dying and giving it to others. In Australia, influenza on average causes 1500 to 3000 deaths… Secondly, having both coronavirus and influenza would be a deadly combination. Thirdly, the health system can become overloaded, meaning many who need care will not receive it – hence if we can reduce the load on the healthcare system, through vaccination, we should do so.

“All vaccines have varying degrees of effectiveness, meaning how well they provide immunity and for how long that immunity lasts. The measles vaccine is extremely effective, providing approximately 95 per cent of those vaccinated with immunity which lasts for most, if not all, of life. The influenza vaccine only lasts for three to six months and offers less protection with an approximate 50 per cent reduction in risk, so I won’t pretend it is a cure-all or perfect vaccine, but some protection is better than none.”

Some sections of the population have expressed concerns that getting a flu vaccine could weaken their immune system and make them more susceptible to becoming seriously ill if they get COVID-19, but is there any truth to this? “The influenza vaccine is not a live vaccine, meaning people are only receiving a part of it which then stimulates a specific branch of the immune system to create antibodies to those specific influenza viruses, like a type of memory,” Dr Manger says. “Hence when you actually come across influenza, your immune system will fight it far more quickly and effectively and you may never notice any symptoms. So you cannot get the flu from it.

“However, about one to two per cent of people get flu-like symptoms lasting for a few days which is our own immune system creating those antibodies and memory. Severe reactions are rare, one in a million.” 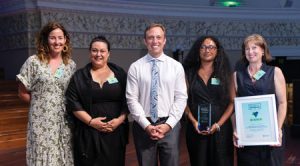 The Jabba Jabba Childhood Immunisation Program was recently recognised in the Queensland Health Awards for Excellence in Indigenous Leadership. An initiative of the Sunshine Coast Hospital and Health Service, it provides immunisation for our Aboriginal and Torres Strait Islander community. In the past 12 months, 548 vaccinations have been administered under the Jabba Jabba program.

Child health nurse Sarah Cooper has been working with Jabba Jabba since 2006, visiting the homes of Aboriginal and Torres Strait Islander families to administer vaccinations and conduct health checks. Based at Nambour hospital, she spends her week driving all over the Sunshine Coast, seeing at least 15 families per week. She says the biggest challenges for the Aboriginal and Torres Strait Islander community in accessing vaccination and health care has been lack of transport and lack of cultural sensitivity.

“I think Jabba Jabba is a fantastic program and I can see it works well,” she says. “We’re working more on the terms of the family. Everything is based on a home visiting program, so we take all the vaccines with us. It’s much easier on the children as well. There’s less stress because they don’t have to drag the whole family out and it’s less traumatic than being in a strange environment. All the babies born on the Sunshine Coast that identify as Aboriginal or Torres Strait Islander are referred to the Nambour or Gympie Jabba Jabba team and they get to know us and trust us.”

Continue Reading
You may also like...
Related Topics: coronavirus