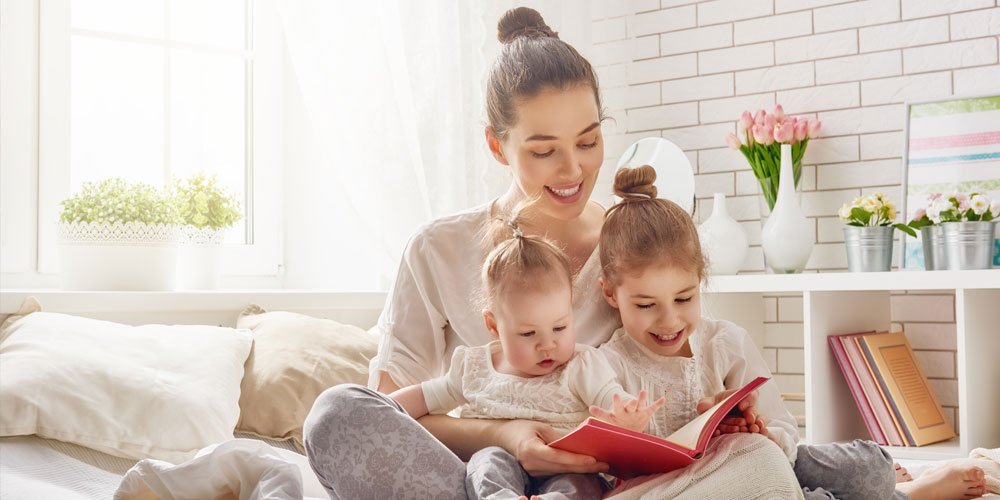 In these times of global media, this month a full-page advertisement in The New York Times asking for wage payments for stay-at-home mothers sparked similar questions for the Australian public. The idea, always controversial, remains fraught with opposing opinions. Nevertheless, whether in passing conversation or vigorous debate, there are myriad opinions, questions and commentary that demand to be heard.

One Sunshine Coast mother who decided to stay at home with her newborn child and two-year-old answered the question with another question: “Why do childcare centres get paid subsidies to look after children and I don’t.”

She says she is pleased about childcare centre subsidies that support women entering the outside workforce. But she wonders why there isn’t a corresponding subsidy for stay-at-home parents.

“That would promote equal choice,” she says.

Her view is among the many that arise from this controversial subject.

To some, the idea there is enough money in government coffers to make such a payment is just plain ridiculous. Philosophically, many primary caregivers believe they should be remunerated with a dollar value. Contrary to that, others believe that at-home parenting offers an intrinsic reward of raising a healthy, happy family.

In America, as President Joe Biden settles into his first weeks of office, a group of 50 high-profile women have taken the opportunity to put the question of a parenting wage for mothers on the national agenda.

As the new president rolls out a list of far-reaching social reforms aimed at uplifting an economy reeling from the effects of COVID, these women want their demands included. They are advocating for another payment, specifically to mothers, to stimulate the economy.

This month, the women’s group paid for a full-page ad in The New York Times. In the form of a letter, they wrote: “Dear President Biden, you know well moms are the bedrock of society and we are tired of working free…”

“COVID has decimated so many of our careers. Two million of us have left the workforce, at a rate of four times that of men in September alone. Millions more have been forced to cut back our hours or work around the clock to keep our jobs and be full-time caregivers.“Mothers of school-age children, in particular, are among the demographics recovering the slowest from job losses.”

Helping them catch up, the campaign argues, would benefit all.

Following the advertisement, The New York Times reported on February 16 that the “ White House will soon have a Gender Policy Council that will help keep women’s issues at the centre of almost everything the Biden administration does”.

“It’s a plan to take a government-wide approach to gender equity and equality,” said a panel co-chair.

Contrary to Australians, Americans parents receive little to zero financial benefits. In Australia, while there is no basic wage payment for stay-at-home parents, there are means-tested payments for parents and some subsidies available for childcare.

The article proposed childcare be made cheaper to enable more women to do more paid work, and to help lift the economy out of the COVID recession.

“The federal government should spend an extra $5 billion a year on childcare subsidies. The payoff would be an $11 billion-a-year increase in GDP from the boost to workforce participation – and $150,000 in higher lifetime earnings for the typical Australian mother.”

Additionally, it stated: “The federal government should extend the parental leave scheme to offer six weeks ‘use it or lose it’ leave at minimum wage for each parent, plus 12 weeks they can share between them. This would cost an extra $600 million a year but would help fathers to spend more time with their children in the critical first year of the child’s life.”

Cheaper childcare, the authors say, “would be a win-win – it would boost the economy and give Australian women enhanced life choices”.

Jamie Mathews, a business owner and mother of two teenagers, notes that the current system creates a crazy circular economy.

“Childcare businesses are subsidised, a mother’s childcare is not. Additionally in the case of a woman, who may work part-time and earn less wages, I bet she earns a take-home wage that is less than the childcare subsidies given to the big business owners who own the centres.

* The Grattan Institute is dedicated to developing high-quality public policy for Australia’s future. It was formed in 2008 in response to a widespread view in government and business that Australia needed a non-partisan think tank providing independent, rigorous and practical solutions to some of the country’s most pressing problems.

Australian benefits to parents include the federal Parenting Payment for the primary parent or guardian of children under eight if the parent is single and under six if they’re a couple. The payment is means tested and set at a maximum of $660.80 per fortnight for a parent/guardian in a couple, including the temporary $150 coronavirus supplement. There’s also the means-tested Family Tax Benefit available at a maximum rate of $189.56 per fortnight for a child and $246.54 for a teenager.

From 1991 to 2016, the number of mothers in paid employment increased. However, despite changing attitudes to parental roles, parents’ employment remains very gendered, with fathers far more likely to be working full-time than mothers. The percentage of stay-at-home dads (three to four per cent) has barely changed since 1991.

“With my first son, I returned to work on a casual basis when he was nine months old and steadily built up my work capacity. This time, I began part-time work when my baby hit the five-month-old mark for varied reasons – one being in this COVID economic climate, I’m very aware of the importance of retaining
a solid job.

“Scientific research shows that early parental bonding and physical touch with a baby is critical to long-term development and mental health. While the current five-month paid parental leave scheme is generous, I would like to see it extended to 12 months. With today’s cost of living, the stay-at-home parent is forced back to work early and in turn misses much of that vital bonding time. Returning to work early could put a subsequent strain on the nation’s mental health system.”

Regarding extension of payment or offering stay-at-home parents an allowance.

“This is such a complex issue as there are many factors to consider prior to a government implementing such a payment. I believe, for it to be feasible, there would have to be a cap up to a certain age to ensure it is balanced for those at home and for those earners whose tax would subsequently be funding the initiative.

“To work, it would need to be based on a similar structure to paid parental leave in that applicants must have been working a set number of hours, studying or training prior. To say that a similar payment to the childcare subsidy is an option is questionable as this in turn would impact heavily on that industry, so you end up with an additional issue in that people’s employment could be in jeopardy. The subsidy is also means tested so in order to be fair, a standard stay at home payment should be paid across the board.

“Currently there is no funding easily available for parents who have to stop working to accommodate for caring and supporting children with ASD or similar health concerns. I know too many women who have walked away from job security and careers because they can’t do both and are subsequently impacted financially. Where do you stop when it comes to funding schemes for stay-at-home parents?

“As a mother I would love to be able to be at home with my babies and be paid. But realistically, I don’t see the government implementing this because it doesn’t stimulate the economy in the same capacity as a working role.  They want people in work. The working landscape needs to change so the primary care giver can experience a balance.”