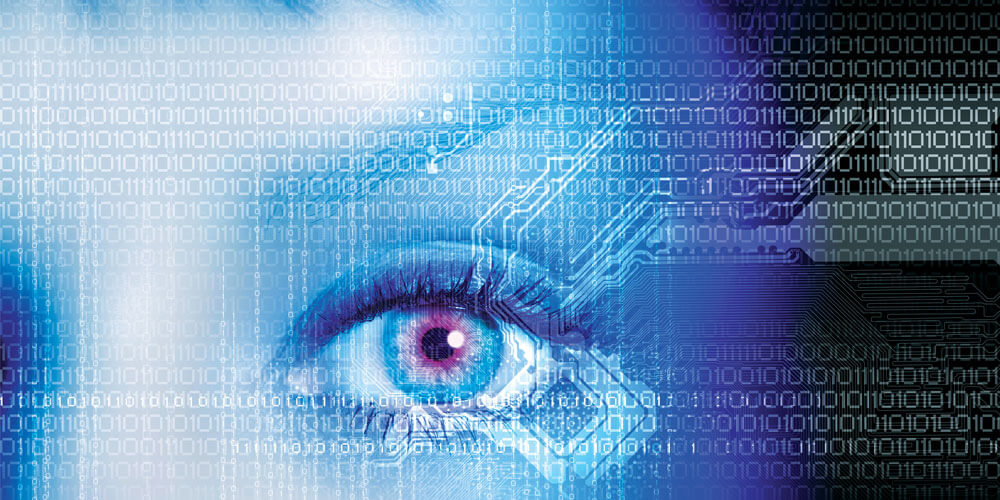 Do you feel like technology is getting creepier by the day? Monitoring your every move, listening to your private conversations, knowing your whereabouts, where you work and what TV shows you like? No, you’re not paranoid.

Your technology is spying on you in a number of ways. The good news is, it’s mostly benign and if you’re worried about anything malicious, you can take steps to protect yourself.

If you’ve ever had a conversation with someone and then coincidentally received an Instagram notification about that very subject, or a related ad has popped up on Facebook, you could be forgiven for feeling a little freaked out.

Is your phone really listening in on your conversation?

Facebook has denied it targets ads by spying on your conversations and while the tech company has done some dodgy things in the past, like changing everyone’s default privacy settings without their permission in 2010, this isn’t one of them.

Theoretically, it could listen in, but it would require automated voice recognition programs designed to listen to almost two billion people’s conversations and translate that into data for advertisers.

It would be a monumental data gathering exercise that experts say is unfeasible, not to mention unethical. In addition, to listen in and sell the contents of your conversations to advertisers, Facebook would be violating Apple and Google’s terms of service.

Facebook has said it only accesses your microphone if you’ve given it permission and if you’re using a feature that requires audio, like the video camera. Facebook says it does not access your microphone just because the app is opened, nor when you’re not using the app.

If you don’t trust a word Facebook says, you can go to your phone settings and turn off the microphone for Facebook, Instagram and other apps you’re worried could be spying on you.

If you regularly upload videos to Facebook or Instagram, the apps need to have access to your phone’s microphone. But if you don’t, there’s no need to have it switched on and it may give you a little peace of mind to switch it off.

So is it just a coincidence you see ads about the subjects of your conversations? Not quite, according to Sunshine Coast IT solutions specialist, Richard Mueller.

“I always get targeted ads, but it’s usually based on websites I’ve looked at.

“Sometimes people don’t realise they’ve gone and looked at websites and they also talk about the websites they’ve looked at,’’ he says.

“Maybe it’s not a link between the actual conversation and the ad popping up, it’s related to other things they’ve done.”

So what looks like a targeted ad is, but not because your phone has spied on your conversation, but because of all the information apps like Facebook gather about you.

While Mr Mueller isn’t too concerned about the idea of our technology spying on us, he does caution users about the importance of security on your devices.

“Vulnerabilities that have been exposed in later versions of software aren’t exposed. With iOS phones, the majority of people who own one of those go through the process of automatically updating them every time there’s a new version of the software released.

“That means any flaws that have been identified, which could potentially make your phone vulnerable to attack, have been patched. Also, it’s possible on Android phones to install apps from an external access point.

“Apps from the app store are better because they make sure they fit in with the guidelines that Apple specify.”

Which brings us to spyware apps, something you do need to be aware of. If someone has access to your phone, they can install spyware apps like mSpy, Flexispy, Hoverwatch and Mobile Spy.

There’s an even easier way people can spy on your conversations – but they have to have an iPhone and Apple AirPods.

“You can put the phone in listening mode, leave it on your desk, walk away into the next room and listen to what’s happening through your AirPods,” says Mr Mueller.

“In the past you could press record, but now you can actively listen. Apple thinks it’s a good device for people with hearing impairments because they can put their phone close to the TV and listen through their headphones.”

Apple’s Live Listen was part of the iOS 12 update, released on September 17 last year. The ‘eavesdropping’ feature was an unintended consequence of Live Listen. Be warned: if you are discussing something private, make sure there are no random iPhones nearby.

You also need to be careful what you discuss in front of your TV these days. Smart televisions have microphones and cameras installed and can capture sensitive personal information discussed in their vicinity.

Samsung drew criticism in 2015 when it issued this warning: “Please be aware that if your spoken words include personal or other sensitive information, that information will be among the data captured and transmitted to a third party.” In some of its smart TVs, the microphone is always listening.

In March 2018, consumer watchdog Choice issued a warning about smart TVs, saying just like your PC, smartphone and computer, your smart TV runs the risk of being “compromised by unscrupulous types if it’s hooked up to a network”.

There are a number of vulnerabilities that hackers can exploit, including access to inbuilt cameras, files stored on the TV and communication apps like Skype.

“It’s probably something to be concerned about,” says Mr Mueller. “A lot of smart TVs have cameras on them. They’re not monitored like a computer.

“You can’t install software that protects you like anti-virus software or anti-malware software on a TV, so it’s in the hands of the manufacturers and if it’s connected to the internet, it could be hacked by third parties.”

Mr Mueller advises covering up computer and TV cameras if concerned – there’s a famous photo online of Mark Zuckerberg with a piece of tape over his laptop’s camera.

You may not be as important as the big Mr Z, but if he thinks there’s reason to cover up a computer’s camera, it may be a tip worth following.

• Go to the apps on your phone that use the microphone and toggle the green button off if you don’t need it.
• Ensure you have anti-malware software installed on your computer.
• Don’t open emails or attachments that look suspicious.
• Put some tape over the camera on your computer and smart TV.
• Turn off location services if you don’t need them.
• Never give away private information unless you have to.

How to stop Facebook, Amazon and Siri listening to you

If you are an iPhone user, go to Settings >> Facebook and slide the Microphone switch to the left, so it turns from green to white. That turns it off. Alternatively, you can go to Settings >> Privacy >> Microphone, then look for Facebook, Instagram, Snapchat and other apps that use the mic and do the same.

Here’s the easiest way to turn off “Hey Siri:” Navigate to your iOS device’s Settings >> General >> Siri, then toggle Allow “Hey Siri” to off.

Here’s how to turn off the “OK Google “ wake phrase: On Android, just go to Settings >> Google >> Search & Now >> Voice and turn “Ok Google” detection off.

Continue Reading
You may also like...
Related Topics: Technology

Flying for our lives
The picture worth a thousand words