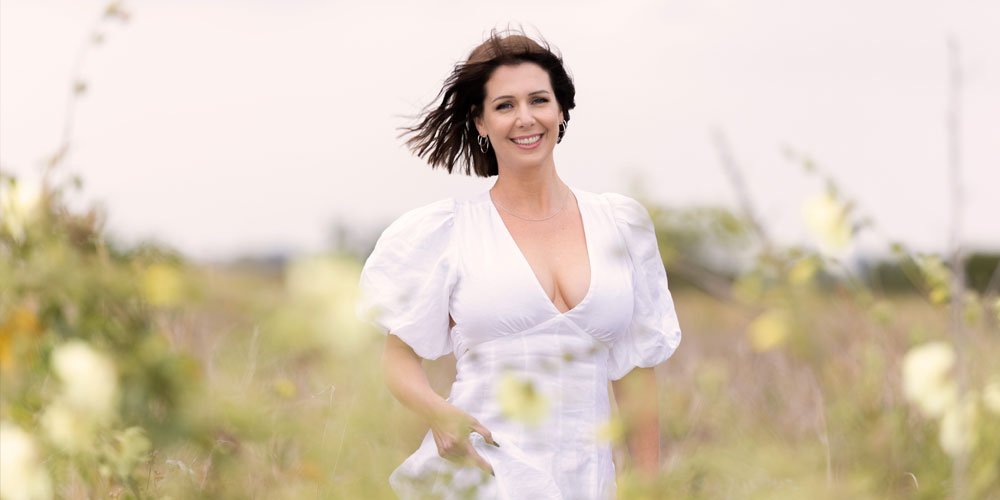 Janelle Parsons was hiding in her shower, too scared to breathe. A man had scaled her fence and was outside her window, trying to get in. She knew if he broke in, he’d kill her. Because it wasn’t just any man, it was her ex-boyfriend – and he’d already breached his domestic violence order 70 times.

He’d driven past her hair salon in Coolum and run his finger across his throat. He’d choked her, hit her, slammed her head in the freezer door and threatened her life. Finding the courage to leave him, she had moved to a house with a high fence to protect her and her two children.

“When I called the police, the operator asked all the usual questions,” she writes in House of Shadows, a heartbreakingly raw account of generational abuse and domestic violence. “Am I in danger? Is someone attacking me? Are they in the house? I explained that he was outside my window and not threatening me at the present time, but I was fearful for my life. The operator’s response was, ‘If he’s not threatening to hurt you and is not physically a threat at the present time, we will put a call out to patrol, but it’s not a high priority job.’ I felt completely dismissed in that moment. I feared for my life and was told I was not a priority.”

Sirens echoed in the distance, chasing him away. But they weren’t coming to rescue her. In fact, the police never arrived that night. Instead, she received a call from police at 4am, asking if the disturbance was still occurring.

“I felt so betrayed and abandoned and when I told the officer what happened, he looked up my file and fell silent,” she says. “He realised my case was much more serious than what the operator had reported and a few hours later, I was called into the police station. When I arrived, they apologised for their delay in responding. They told me how understaffed they were that evening and that there were major crimes to attend to.”

Thankfully, Ms Parsons survived her ordeal with the violent partner she was with for four years. But the ‘major crimes’ police were attending to when she most needed help could well have been her own murder.

According to Our Watch, an initiative under the National Plan to Reduce Violence against Women and their Children 2010-2022 (the National Plan), one woman on average a week is murdered by her current or former partner; violence against women is a serious and widespread problem in Australia, with women nearly three times more likely than men to experience violence from an intimate partner; and almost 10 women a day are hospitalised for assault injuries perpetrated by a spouse or domestic partner.

According to the Australian Institute for Health and Welfare, intimate partner violence causes more illness, disability and deaths than any other risk factor for women aged 25 to 44.

On August 9, 2019, the Council of Australian Governments endorsed the Fourth Action Plan of the National Plan to Reduce Violence Against Women and their Children 2010–2022, agreeing on five national priorities to reduce family, domestic and sexual violence.

The Federal government announced a $328 million package as part of the government’s contribution to the Fourth Action Plan. This included additional funding for the 1800 RESPECT helpline, emergency accommodation, training for health workers responding to domestic violence victims and consistent national standards for sexual assault response services. It was an increase from $100 million for the Third Action Plan in 2016 and $100 million for the Women’s Safety Package in 2015. These action plans have been a step in the right direction. But women are still dying every week, usually at the hands of their partners.

According to Dr Dyann Ross, a senior lecturer in social work at the University of the Sunshine Coast, domestic violence is an extremely complex issue that needs to be addressed culturally, systemically and with individual perpetrators. And, as Ms Parsons discovered, we can’t always rely on police.

“We know there’s a gender bias in domestic violence that is predominantly against women and children,” Dr Ross says. “It’s not improving, even with us becoming more aware as a society. The bias is still against women; we are not regarded as equal human beings.

“As a society, we are all responsible. There are some government ads that are pretty good at saying women should speak up, but it shouldn’t only be the woman who is being aggressed against who has to speak up. Neighbours, family members, colleagues – we all have a role to play, not only police. Police have done an incredible job as a profession in the last decade to understand domestic violence and get better at responding, but it’s only as good as the culture within their workplace.”

This is something Ms Parsons is all too aware of. Having found the courage to speak up and ask for help, she was dismissed by some police officers.

“If there is a domestic violence order [DVO] put in place, it’s for a very good reason,” Ms Parsons says. “I had one police officer actually say to me, ‘Women like you are what clogs up our system; you want to cry wolf.’ I said, ‘Excuse me, I’m not crying wolf. I’m here in the police station with 70 breaches.’ They’d say, ‘Don’t call us every time. Collect a few pieces of evidence, put it on a USB and then bring it in to us so we have more substantial evidence to go to court with.’”

Another officer apologised to Ms Parsons for his colleague’s attitude, but it’s not uncommon. The problem is so pervasive, police often can’t keep up and Dr Ross acknowledges police are “highly frustrated by perpetrators who breach domestic violence orders”.

“My point is, it’s a societal problem,” she says. “There’s probably a home in our street where domestic violence is happening. We probably know about it – what are we doing? We’ve got this idea that it’s inevitable. But we can absolutely do something about it. The abuser needs to take responsibility and get help – there are some great groups around for men who have been perpetrators. And let’s not say it’s the women’s fault because they stay there.

“I think men have to talk to other men and buddy up with them and say it’s not okay, what you’re doing, can I help you stop this? It won’t matter what services are available and whether the police are doing enough unless all of us step up and recognise we all have to do something.”

Ms Parsons now lives on acreage near Noosa and runs her successful Coolum hair salon, Meek HD. She’s in a healthy, happy relationship, is raising her two children and has tried to put her violent past behind her. It’s a past that stretches back to childhood, when she was mercilessly beaten by her father for many years. She describes how she healed from her generational and domestic abuse in House of Shadows.

She is now developing an education program for high school students to teach them about generational abuse and trauma, which she believes is the root
cause of domestic violence.

“I really want to target 16- to 18-year-olds,” she says. “They are developing into the adult they will become and that’s when you’re really starting to see perpetrator and victim patterns.”

She doesn’t, however, see placing blame on the perpetrators as the sole solution.

“I do believe the aggressors are hurting on such a deep level and have been crying out for help for such a long time,” she says. “They’re trapped in a dark room and can’t find the key or the handle to get out.

“I have a very objective mindset in that I can see both sides. There’s nobody else out there telling the story I am, without putting blame and shame on either side. It’s about the higher and greater good for all and creating a better human existence.

“I don’t condone violence and I don’t want people to misunderstand me. What I want to do in the work I create is to show that each side is acting out of fear; both the perpetrator and the victim are stuck in fight or flight. My book is a tell-all story to show that pain does not equal love; that you can find the power within yourself to make a change and live a healthier life.”

For more information about House of Shadows, visit janelleparsons.com.

Key statistics on violence against women in Australia.

If you or someone you know needs help or support at any time, contact one of the below services: