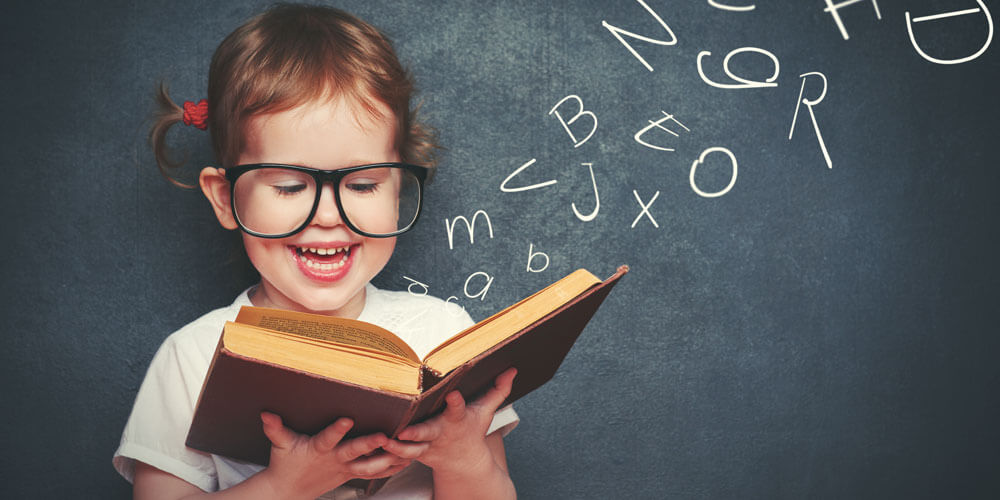 Prolific author Jackie French has written more than 200 books, but when she was in primary school, undiagnosed dyslexia meant she struggled to read simple picture books.

It is this personal struggle that led her to become a passionate advocate for literacy, particularly among children. Literacy is defined as the ability to connect the things you hear and speak about with written text, and to think critically about them.

Ms French is now a patron to many foundations, including SPELD Queensland and Youth Educational Support Services (YESS).

But she admits it wasn’t until a few months ago that she began to reflect on how much dyslexia affected her school years and her ability to fit into a uniform learning model.

“Until recently, I would protest to everyone that my dyslexia has never been a major problem, and then hearing the stories from kids, particularly where kids write in about what it’s like to be dyslexic, it has made me remember how hard it was,” she tells My Weekly Preview.

“I could read and write before I went to school, thanks to the guidance of my great-grandmother, who was always reading to me.

“But I couldn’t read single words on the board. I could tell stories, but when it came to arithmetic, I would transpose numbers and found spelling incredibly difficult.

“After my first two years of primary school, I would regularly get a ruler across the hands because my work was untidy, or my spelling was atrocious.

“There were teachers that assumed I was being lazy because I was an intelligent student and others who were angry that I was wasting their time.

“Luckily, others readily accepted my erratic handwriting and inability to spell and saw that I had strengths in other areas.”

Ms French says when she approached Year 12, she thought her challenges would exclude her from university, but an understanding entry examination professor gave her 100 per cent on the oral German language exam, a prerequisite for university entry at the time.

This meant she was able to pass despite losing half a mark for every spelling error in the written portion and go on to obtain a university scholarship.

Ms French says dyslexia is something she battles with to this day – she has to send her work to somebody for correction before it goes off to the publishers or up on social media, which she has only recently started using.

“I am embarrassed by that, because people do judge you for that,” she says. “People think you are stupid if you cannot spell correctly, and I [have thought that] too. It’s natural to think that.

“I can’t tell you how lucky I was that I never had my confidence eroded. I knew I wasn’t careless. No one said I was stupid.

“I daydreamed a lot, but it wasn’t as if I wasn’t trying. But there are so many dyslexic kids out there who have had their confidence destroyed.

“Once you teach a kid that they are stupid, it is impossible to ever eradicate that; it’s going to be that ghost whispering in their ear for the rest of their life.

“Those early years of a child’s life are so very important – teach them to be secure, learn resilience and learn confidence, because if this is destroyed in those early years, it can never be repaired.”

Ms French says just one in five of the children who struggle with reading, spelling and literacy in Australia have dyslexia, and that it is more important than ever for the government and schools to begin to focus on programs that will ensure none of these children are left behind in the education system.

The OECD’s Programme for the International Assessment of Adult Competencies surveyed a sample of Australians from 15 to 74 years of age in 2013 and rated them on a scale of one to five for their literacy skills, with Level 3 meaning the person was considered proficient.

According to the results, which were adopted by the Australia Bureau of Statistics, around 3.7 per cent of Australians, or 620,000 people, had literacy skills below Level 1, the lowest on the scale. A further 1.7 million (10 per cent) were at a Level 1 and five million (30 per cent) were at Level 2.

This means 43.7 per cent of Australians, around 7.3 million people, had a below-proficiency level of literacy.

What worries experts is that this means one in three Australians have literacy skills low enough to make them vulnerable to unemployment and social exclusion, which can mean they are increasingly at a disadvantage in a society where emerging jobs require a high level of literacy.

University of the Sunshine Coast School of Education Professor Emeritus Merv Hyde says jobs that once were less reliant on a literate workforce now need workers to be able to fill out occupational health and safety forms, drivers license applications, use computers and read and comprehend important documents.

“Even agriculture and industrial careers, where you traditionally didn’t need high-level literacy skills, are increasingly requiring people to be able to decode text and symbols,” he says.

“Early failure in literacy or numeracy as children progress through school often reaches a point where they leave, often early, without the tools they need.”

Dr Hyde says studies over the past 30 years on what causes poor literacy have considered a range of variables, including gender and whether English is a second language, but those are “relatively minor influences”.

“When you look at rural-urban studies, you see the massive correlation with literacy is poverty. If you come from a poor family and you live in a poor community, your chances of having literacy problems go through the roof,” he says.

“It might be lack of time for the parents to spend with their kids as they are working multiple jobs, or they might be illiterate themselves.

“There have been studies that map socio-economic status by postcodes and there is an almost linear relationship to what literacy levels are like in these communities.”

Professor Jack Beetson, a Ngemba man from western New South Wales, says illiteracy is much worse in Aboriginal communities, affecting anywhere between 40 and 80 per cent of indigenous people in some communities.

The 2009 Closing the Gap report estimated that literacy and numeracy improvements in the indigenous community would have greater employment returns than for non-indigenous Australians.

“The government is talking about a gap… Aboriginal people are talking about a crater that superman can’t jump over,” says Prof Beetson, who has been actively involved in indigenous education in Australia and internationally for more than 30 years.

“You will close nothing unless you actually address the issue of literacy.”

Ms French says teaching literacy should be taken as seriously as sports in schools.

“What we need in the early years of schooling are literacy specialists who can focus on getting every child reading.

“Every kid wants to learn to read and we know what works to make sure they do. There is no excuse for our kids to be lagging behind.

“There is a pattern that for kids who don’t read well or fluently, but are good at arts or sports – they are told to focus on that.

“But if you can’t read, you won’t be able to sign your contract even if you are called up to the Wallabies in the future.”

Ms French says kids who don’t learn to read have poor prospects of getting meaningful employment.

“I went to give a talk at a men’s prison in 2015 to encourage the blokes to write to their families, and one gentleman pointed out that you can’t even get a job in a supermarket if you can’t read, so he had chosen a life of crime instead,” she says.

“Reading programs are a heck of a lot cheaper than paying for people to be in prison. This is what we need to get the government to accept.

The Sunshine Coast Council has invested in literacy for the community, with the First 5 Forever program targeting the foundations of literacy in infancy and specialised adult literacy classes upskilling older generations.

The First 5 Forever program, which was designed by the State Library of Queensland, encourages parents and caregivers to share stories, rhymes, sing, talk and play with children from birth.

First 5 Forever speech pathologist Kylie Webb says talking to children under five every day greatly improves their vocabulary, one of the precursors to reading and writing.

“Babies and young children learn best by listening and interacting with the important adults in their lives during everyday activities,” Ms Webb says.

Sunshine Coast Libraries has recently implemented the Childhood Literacy Seat Project. Ten seats, which are purpose-built and contain colourful storybook images from favourite children’s authors, are being rolled out across the region and encourage families to think of reading as something that can be done in any environment.

“The campaign will start during the summer holidays and will include a map inviting families to head on a scavenger hunt to find the seats, take a picture with the seats and share on social media using the hashtag #Storyseat,” a council spokesperson says.

Ms French urges parents and grandparents who might not be confident in reading to their young ones to start small, with picture books, and seek out the services of the successful, and free, Adult Literacy Program.

Sunshine Coast Libraries Adult Literacy supervisor Tracey Carter says 200 literacy classes were held in the region this year, with 121 students benefiting from 118 volunteer tutors, who put in a whopping 6500 hours.

To find out more about the First 5 Forever or Adult Literacy programs, visit library.sunshinecoast.qld.gov.au

Looking for something new to pick up these summer holidays? Check out these top 10 bestsellers from Penguin Random House and Pan Macmillan publishers.

Where will we be in 50 years?
Humbled by the Himalayas