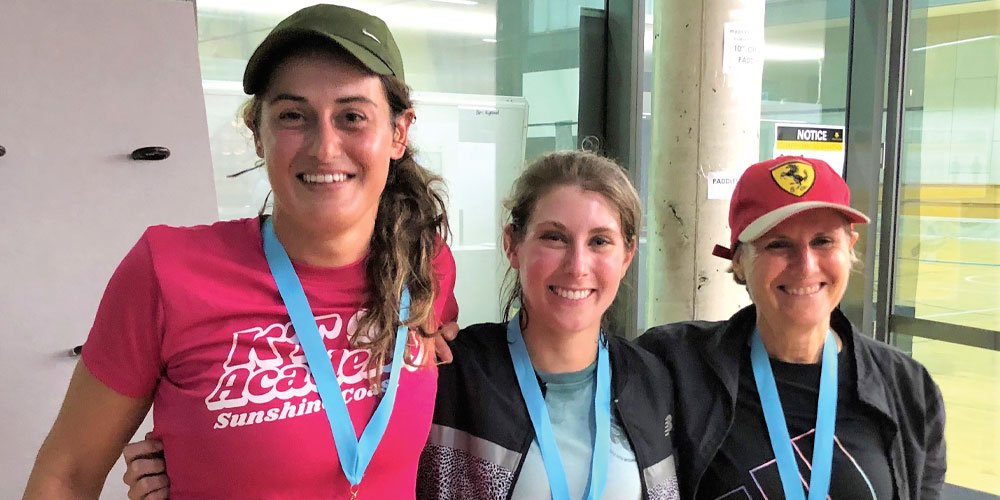 It is one of the fastest growing sports in Australia and now pickleball is gaining a substantial following across the Sunshine Coast.

Ahead of its exhibition at the 2028 Olympics in Los Angeles, the relatively new sport will come to Mooloolaba in May as part of the Queensland Pickleball Tour.

Pickleball is a combination of tennis and table tennis and is played on a badminton-sized court.

Players use a paddle to hit a plastic ‘wiffle’ ball over a net slightly lower than a tennis net, in a singles or doubles format.

Pickleball Queensland secretary Bruce Winther says the sport began in the US 40 years ago and after just five years in Australia it is seeing a strong uptake.

Across Australia there are 2500 registered pickleball players, with 1150 on the Coast alone.

“The Pickleball Association Australia now has around 2500 registered members, but it is thought around 8000 casual players enjoy the sport across Australia,” Mr Winther says.

“In Queensland, there are 19 affiliate clubs with around 50 venues. On the Sunshine Coast, there are three clubs running around 10 venues.

Mr Winther says tournaments and social games make up a calendar of annual events, with 18 scheduled tournaments in Queensland this year.

“These cater for not only the best players but players at all different age and skill levels.

“The New South Wales state titles were held in Sydney [from April 9 to 11] with Queensland players bringing home 45 medals.

As part of the Queensland Pickleball Tour, KT Pickleball Academy at Mooloolaba Tennis Club is running a tournament for open and over 50s players on May 7 and 8.

On May 14 and 15, Noosa Pickleball Club will run its third annual classic event for intermediate players.

The community is invited to head along to watch and learn more about the sport. Visit pickleballqueensland.org

Continue Reading
You may also like...
Related Topics: pickleball, Sport