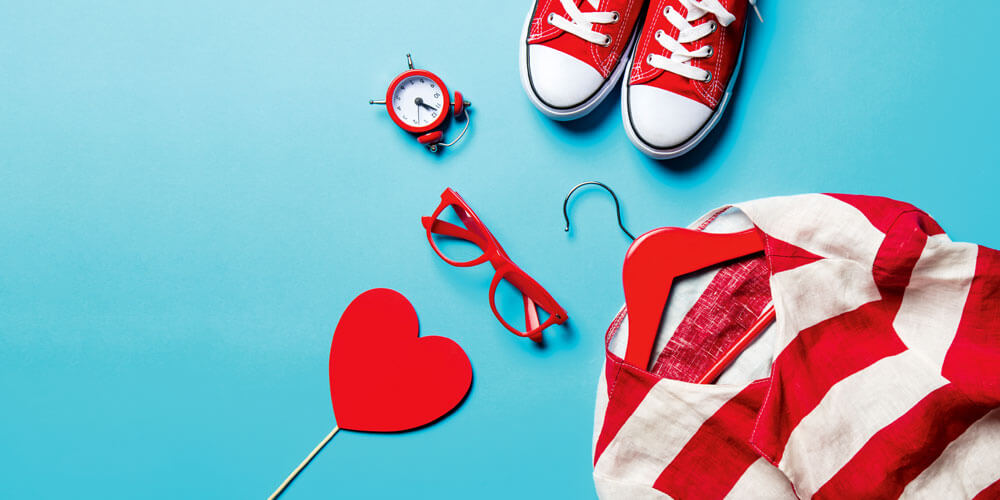 As Tim Blackman lay on his back, the warm and gritty surface of the ground against his body, he had one thought going through his mind: ‘I’m never going to get up from here’.

February 14 – traditionally the day of red hearts and red flowers – is a day that many Australians hold close to their hearts, for an entirely different reason.

This Valentine’s Day, Heart Research Australia is urging everyone to wear red in honour of a loved one who has suffered from, or passed away, due to heart disease. It also acts as a reminder of the importance of guarding against Australia’s biggest killer – heart disease.

Mr Blackman, however, does not need to wear a red shirt to remind him of the importance of heart health.

January 19 marked three years since the Kawana man lay on the ground at the Sunshine Coast primary school where he teaches and questioned if he was going to die. He was 43 and didn’t consider himself to be overweight or particularly unhealthy.

That day had started just like any other. It was a pupil free day and Mr Blackman was at work preparing for the new school year when he felt a slight pain in his arm.

As the pain increased he began to feel nauseous. Deciding it was best to head home, he got into his car and drove a few hundred metres.

“The pain in my arm felt like someone was punching me from the inside out,” he tells My Weekly Preview.

“I drove back to the school, parked the car and lay on the ground. I thought, ‘something is wrong’.

“Somehow I drove myself to the Caloundra hospital and tests confirmed I was having a heart attack.”

Mr Blackman had experienced no shortness of breath or chest pain and yet the medical assessment revealed he had a 99 per cent blockage in one of the arteries running into his heart.

Within a few hours, the heart attack had been diagnosed, he had been transferred via ambulance to the Nambour General Hospital and had undergone a coronary stent procedure.

“Since then I have lost 46 kilograms,’’ he says. “I wasn’t fat but I carried weight around my stomach.

“My cholesterol levels are now three and were seven-and-a-half when I had the heart attack. I realised that I had to change my diet and stop drinking soft drink. I now walk and go to the gym.

“Since it happened I have heard of people in their late thirties and early forties who have died. [They have the symptoms] but don’t do anything about it.

“A lot of people in this age range think they are too young. People need to be aware that you don’t need to be 70 to 90 to have a heart attack.”

Statistics from the Australian Institute of Health and Welfare reveal that heart disease, which relates to the build-up of cholesterol plaque in coronary arteries, is the most common underlying cause of death in Australia for people aged 45 and over.

According to 2016 data from the Australian Bureau of Statistics, heart disease is also the overall leading cause of death with almost 20,000 Australians – or 12 per cent of all deaths – attributed to the condition. It killed more men than women.

There is also a hefty impact on the national health system. Cardiovascular disease, which includes heart disease, heart failure and stroke, is the most expensive disease in our health and hospital system.

In a 12-month period from 2013–2014, the pharmaceutical benefits scheme paid out $1.7 billion in cardiovascular medicines. This equated to 17 per cent of the total expenditure for the PBS for that period.

Demographically, the Sunshine Coast has a higher hospital rate for heart disease than the Queensland average.

Sunshine Coast Hospital and Health Service interventional cardiologist doctor Michael Fryer says the majority of patients he treats are men over the age of 55 with varying fitness levels.

“When I see younger patients with heart attacks, they tend to be smokers,’’ he says.

“However, heart attacks can affect anyone, but the majority do occur in those with risk factors. I break these down into modifiable and non-modifiable.

“We can’t change the fact that we age or our genetics. However, we can change other risk factors such as smoking, obesity, high cholesterol and high blood pressure.

“Suffering a heart attack can be very confronting and most people are surprised and shocked. I think that most of us don’t think about our health on a regular basis and unfortunately poor dietary habits, sedentary behaviours and increasing weight can catch up with us.

“We have very good education programs today for people suffering from heart disease. Although some may not appreciate the impact of the disease when they’re admitted to hospital, by the time they’re discharged, patients are very well informed.”

Dr Fryer says there has been a vast improvement in the management of heart disease, which may have led to some complacency.

“In decades gone by, if you had a heart attack you would have spent weeks in hospital, been at high risk for future heart attacks and may not even have been able to return to full-time work.

“Nowadays, with improvement in technology, medications and cardiac rehab programs, most patients are in hospital for two to three days and are able to return to work after two weeks.

“There are constant advancements in the treatment of heart disease, we have new treatments for blood pressure, medications to reduce cholesterol further than ever before and less invasive methods to open blocked heart arteries and repair heart defects.

“Despite all of this, I don’t think the disease will be eradicated in my lifetime.”

While death rates for heart disease have been falling, researchers are seeing a worrying change in the pattern. It is predicted that other cardiovascular diseases will continue to have a heavy impact on the nation.

Atrial fibrillation – a type of abnormal heart rate that is caused by heart disease and high blood pressure, and increases the risk of stroke – is expected to increase almost 50 per cent in 15 years. Meanwhile, growing obesity and type two diabetes rates, will also have a negative effect.

The Diabetes: the silent pandemic and its impact on Australia report states that three million Australians over the age of 25 will have diabetes by 2025.

Late last year the Federal Government invested a record $24 million in support of landmark research into cardiovascular diseases, but Australians are also being urged to take greater responsibility for their health.

“It may sound like a cliché, but the most important factor in preventing heart disease is healthy living,” Dr Fryer says.

“If we all ate a healthy diet, maintained our weight in the normal range, performed regular exercise and didn’t smoke, then we could significantly reduce the incidence of ischemic heart disease.

University of the Sunshine Coast Nutrition and Dietetics senior lecturer, doctor Hattie Wright, says there are a few easy changes we can make to help tackle heart disease.

“Having more wholegrains like brown rice, quinoa, wholegrain breads and cereals will increase the dietary fibre in our diet.

“Reducing the salt intake in our diet is important to help manage blood pressure levels. A lot of salt is hidden in our diet, often found in processed foods like packaged foods, fast-foods, and pre-prepared meals, as well as in canned and bottled foods and condiments.

“Finally, trying to have two portions of fish a week has been linked to improved heart health. Fresh or canned fish can be used, whatever is more affordable.”

Three years into his new life, Mr Blackman says it was as simple as making a few new lifestyle decisions.

“I swim every day in my pool at home. I swapped sour cream for Greek yoghurt, soft drink for water. Normally every morning I have yoghurt. I never had breakfast before, and if I did, I’d grab a sausage roll and a milk on the way to work.

“It’s making a conscious effort even if I don’t want to go for a walk. I go, even if it’s only 15 minutes. It’s still 15 minutes more than I used to do.

“It’s about moderation and listening to your body. I’m glad I went to the hospital (that day). If I had gone home I wouldn’t have woken up.”

• Cardiovascular disease encompasses heart, stroke and blood vessel diseases. It kills one Australian every 12 minutes.
• Heart disease affects around 1.2 million Australians and kills one Australian every 27 minutes.
• Each year, around 54,000 Australians suffer from a heart attack.
• Symptoms can vary for each person.
• They can include discomfort or pain in your chest, discomfort in your arms, shoulders, neck, jaw or back. You may also feel short of breath, nauseous, have a cold sweat, feel dizzy or light-headed.
• It’s vital to get treatment fast, phone Triple Zero (000). 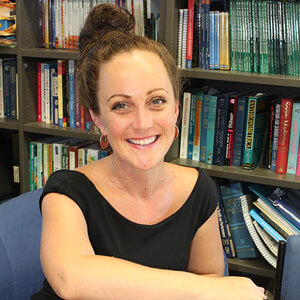 An award-winning University of the Sunshine Coast academic says it’s vital we give the younger generations the correct tools to shape a healthy lifestyle.

Data shows that for the average Australian, 30 per cent of the total calories consumed in a day are from foods such as chips, lollies, cakes and biscuits, she tells My Weekly Preview.

“Arming children with the skills required to seek out, evaluate and critique health information, decipher fact from fiction, is vital in ensuring that children aren’t influenced by marketing messages or the copious amounts of misinformation about nutrition and health that can be found online.”

Ms Leong says in the past, people who needed health or nutrition information would seek the advice of a professional.

“Times have now changed. A large proportion of Australians are seeking health advice from social media superstars, who have a huge following and influence, however they hold no credentials and have no experience in the area of nutrition.

“People are bombarded with conflicting messages about nutrition while scrolling through their social media feed. This creates confusion, stress and anxiety about food and health, which is frightening to see.”