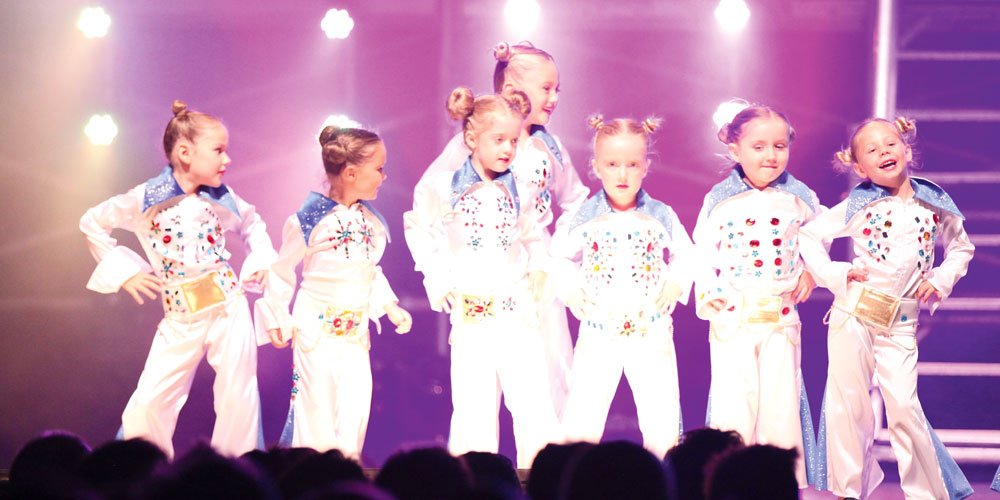 The Sunshine Coast is seeing a resurgence in dance this year with a spike in studio enrolments and a keen interest for dancers to compete at upcoming eisteddfods.

With the Sunshine Coast Dance Eisteddfod (SCDE) happening this week, competitor numbers are strong heading into the solo categories from April 13 to 16.

Drawing dancers from as far as Adelaide and Mount Isa, SCDE president Maria Shanks says this year’s entry numbers are “out of the water” with more than 1750 solo, duo and trio competitors registered.

“The entries are massive,” she says.

“We have a very full program; we have four days, but that equates to seven days of competitions because we run two rooms simultaneously for three days and another room on its own on the fourth day.”

Ms Shanks says the program, held at Matthew Flinders Anglican College, runs from 8am to 8pm daily to cater for the number of dancers.

It is a similar story for the group sections with 400 groups, including an additional 200 for the high school competition, already entered to perform across two weekends in May at The Events Centre in Caloundra.

Leading Sunshine Coast dance school Fierce Studios is also seeing an increase in enrolments this year, something studio director Jason King says is a trend happening across the board with extra-curricular activities.“Enrolments for ’21 have been phenomenal; really, really strong,” Mr King says, adding that enrolments currently sit at 150 dancers, but that number is likely to rise as the year continues.

Mr King is also seeing an influx of new enrolments from interstate migrants.

“The number of new families I’ve got in the studio from interstate is huge. I’ve had mums with three daughters from Melbourne who have all done RAD (Royal Academy of Dance) ballet looking for somewhere to dance.

“There is a huge influx from Sydney and Melbourne.”

Mr King says off the back of lockdowns this time last year, he has witnessed a change in the attitudes and appreciation of dance, more so for the physical studio and face-to-face connections.

Mr King offered dance lessons via Zoom, something he says was more of a “novel” idea to keep students connected to each other and their mental health in check.

He says it was surprising to see how the students and families responded once the studio reopened in June.

“There was an appreciation of being able to be back in the studio.

“Attendance was up – they were not going to miss a class. They were going in there to make the most of it after lounge room dancing.”

Another flourishing business is Tutu to You, a Peregian Springs-based mobile tutu hire business set up by dance mother Trisha Stephens in 2018 as a more affordable means to accommodate the needs of rapidly growing dancers.

“There are ballerinas I have fitted and assisted whom I’ve never met in person,” Ms Stephens says.

“Once I have their measurements, I can outfit them for the whole year and give parents an affordable, stress-free option to hire instead of spending up to $1500 to buy just one outfit.

“After the performance, parents return the tutu and we care for these delicate, expensive costumes. Then they hire a new tutu weeks later for a new look and a new performance.”

Wishes granted and recognised
All the right moves