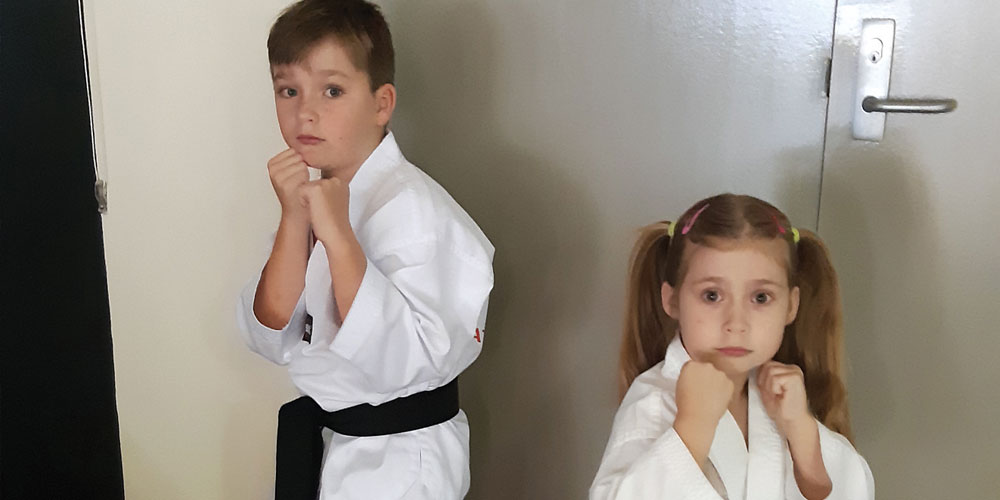 Coolum’s Lucas Wood may be small of stature, but this nine-year-old can sure pack a punch.

“Lucas worked his way through the curriculum of the Little Dragons program from the age of three,” Mr Reardon says.

“When he first came into the club, Lucas was so small and full of respect and energy. This is a testament to good parenting. No matter what, Lucas showed up to class.”

“Fast forward through three to four years of challenges from contact, sequential movement, social and leadership initiatives, setbacks, personal struggles and you find a talented highly skilled young nine-year-old who has just completed his black belt,” Mr Reardon says.“Not only did he achieve this, but he was the first student at ATIMA QLD to have gone through all of the initial programs.

“It takes a special character to be able to stay this consistent and break through so many barriers on their way to this recognised level.”

Lucas has had to get through grappling, boxing, take-down, kicking, sparring, pattern work curriculums all in an exercise-based martial arts format. “Black Belt is not a final destination, rather the start of a new journey to put so many tools learnt into the right context,” Mr Reardon says.

Lucas is now working his way through weapons defence training drills, passing his skills onto others. His young sister Sophia has just begun the Little Dragons program.