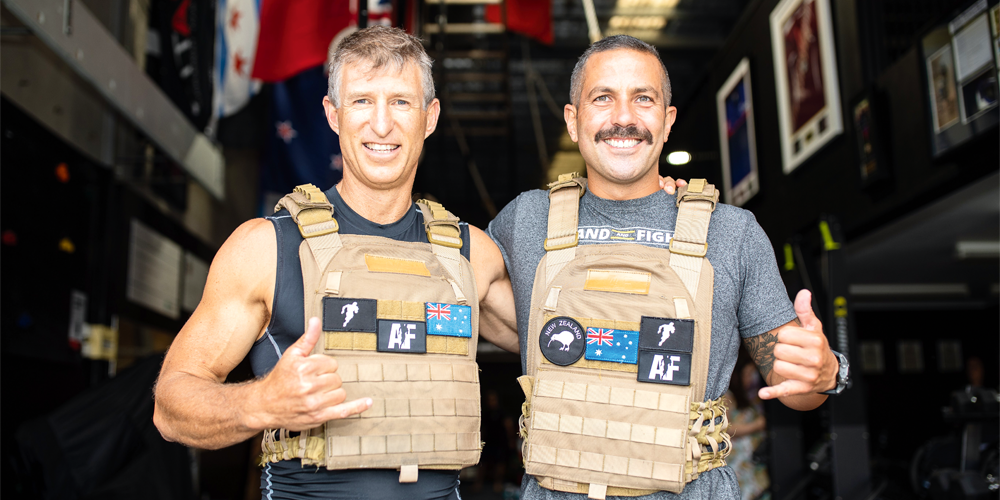 The Sunshine Coast has a new world record holder after a mammoth 24-hour fitness challenge pushing the body to its absolute limits.

Russell Stringer and Jamie Milne set out to complete the excruciating Murph challenge, aiming to break the previous record of 19.75 rounds in 24 hours.

The Murph workout is named after US Navy Seal Michael Patrick ‘Murph’ Murphy, who was killed in Afghanistan in 2005.

“Russell and I knew from the get-go that this would be a really unique journey,” Mr Milne says.

“Unlike any other event that we had done, we didn’t train for intensity or to our peak as you would for say an ultra-marathon or a triathlon.

“For this particular event we actually had to train our bodies to an optimum state so that we could maintain 70 per cent out of 100 per cent for 24 hours.”

Unfortunately, on the day and despite his best efforts, Mr Milne reluctantly bowed out after 11 rounds with major cramps.

It was here Mr Stringer took on the challenge solo, eventually breaking the world record with 20.15 rounds.

“I am still a bit gobsmacked at the athlete and the human that is Russ,” Mr Milne says.

“Lots of people have alluded to how precise he was, how humble he was, and his first squat in round one looked no different in round 20.

“I can honestly say his composure and even the way he gently encouraged me without crushing my ego when I knew I was breaking down – he was supportive all the way.”

The team used the event to raise nearly $15,000 for Dementia Australia, a cause close to Mr Milne’s heart after losing his grandmother to the disease.

Mr Milne holds the Guinness World Record for most double under skips in 12 hours completed in August last year.