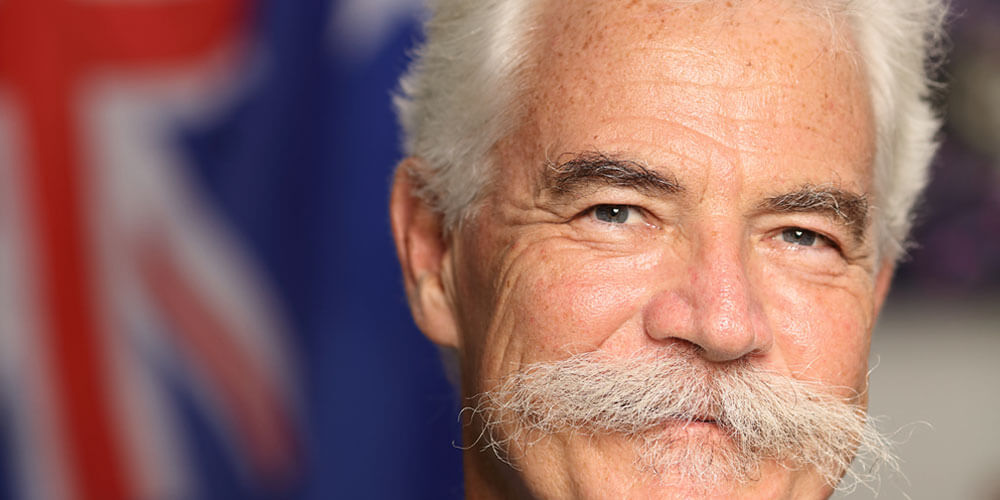 On this day 365 days ago, Alan Mackay-Sim was announced as the Australian of the Year.

Now, as he prepares to hand over the mantle to the 2018 Australian of the Year, the Currimundi-based biomedical scientist says he has enjoyed a “great year”.

Mr Mackay-Sim says he had “some inkling” of how busy 2017 would become for him after seeing fellow professor Ian Fraser go through the process in 2010.

“It has been full of meetings, presentations, speeches, science and biomedical science conferences, fundraisers and meeting new people,” he tells My Weekly Preview.

“I’ve met school kids, teachers in training, business leaders, government folk and I feel like I’ve reached across the board in the community with the people that I’ve spoken to.

“On top of that, a recent media analysis done by the (Griffith) university department returned 7000 hits, which represents a huge reach of people directly and indirectly.”

Mr Mackay-Sim says one of his aims for the year was to use his platform to promote science, and biomedical science in particular, as “one of the keys to Australia’s future prosperity”.

“It is an exciting and interesting career for kids to aspire to and I wanted to boost its profile so we can provide the people in the science community with the resources they need to advance our economy in a new direction,” he says.

“But I think the most memorable part of my time as Australian of the Year has been the recognition that the Australian community really values science and biomedical science.

“I have met people on the street and many more at functions and they have said how great science is and have expressed their great appreciation for the role we play in society, so I think it was a very significant for me to appreciate that.”

Mr Mackay-Sim says he was also touched to see so many everyday Australians from his extensive travels around the country who are working tirelessly to fundraise for causes that are close to their hearts.

Describing the year as “a bit random”, Mr Mackay-Sim says he accepted almost every invitation that appeared in his inbox, and there were plenty of them.

“You become Australian of the Year and suddenly your inbox is completely full,” he says.

“I’m semi-retired, so I really had the time to make this my full-time job for the year and while I’ve already had some invitations for this year, I will definitely be cutting back and having a bit of a rest.”

He says he plans to return to spending two or three days a week working on various stem cell projects in collaboration with other scientists and maybe taking some holidays.

“My wife (Lisa Peine) will be ready for me to be home more often. I have a few more chores to do around the house,” he quips.

Coming together as Australians
Shelling out for a good cause