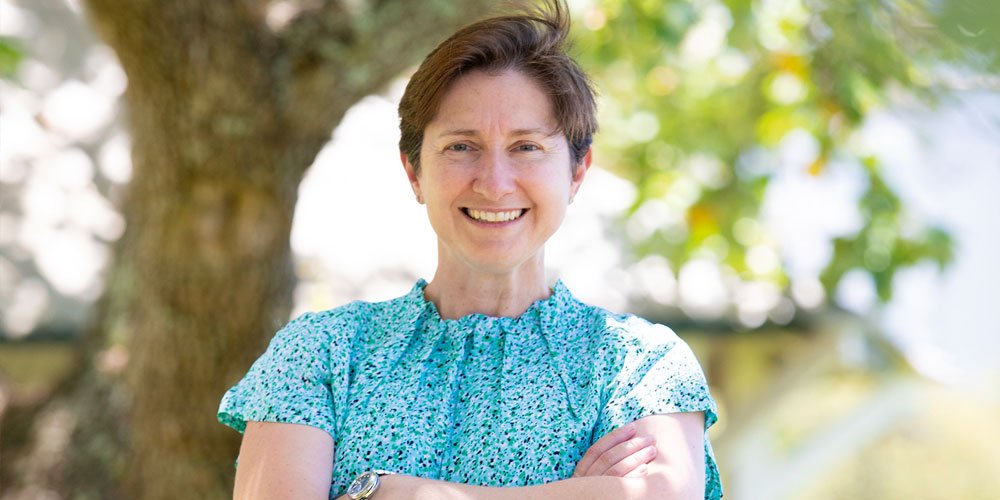 It’s 10am on a Thursday at Charles Clark Park on The Esplanade at Mooloolaba. The weather is warm, the sky is blue, the water is shimmering.  Welcome to the Sunshine Coast, Emma Thomas.

Ms Thomas decided corporate wear and makeup were not required for this photo shoot, as she wants to be herself and enjoy this beautiful spring day in comfortable clothes.

Originally from Perth, Ms Thomas is taking it all in, pinching herself that her “dream job in Australia’s most beautiful location” will start on November 23. She is wasting no time learning everything she can about the region and its community.

A qualified aeronautical engineer, she grew up sharing a fascination with space and air travel with her father. That, combined with a love for maths and physics, led her to her chosen profession.

Two years at university at Perth were followed by a move to Sydney University and then a job with the Royal Australian Air Force. Her first posting was at Tindal, south of Katherine in the Northern Territory where she worked on the then very new F/A-18 hornets and loved every moment.

Keen to be part of the small local community, the former WA state gymnast, updated her coaching accreditations and spent many hours coaching at the YMCA.

Gymnastics, she says, taught her resilience. “And it taught me courage because you have to do things, not knowing if they will work out,” she says.

It was during her post at Tindal that Ms Thomas spent time in the real heartland of Australia, travelling to its remote communities and taking an interest in Indigenous culture.

“Australia has the opportunity to have the conversation about history and truth-telling and understand what has happened in our country with our Indigenous people,” she says. “There are so many stories to be told and there is only benefit in learning about them.”

Ms Thomas is driven by community togetherness and cooperation and high on her to-do list is ensuring accessibility and social inclusion for everyone living on, and visiting, the Sunshine Coast.

As partner at PwC since May last year, Emma focused on regional economic development and inclusion and accessibility in communities, so is well qualified to lead the charge.

“How we care for our community is important. We need to work together to solve this because when we all come together and do good for everyone, it makes everyone’s lives better.”

Ms Thomas has been with her husband, Peter, for almost 10 years. They share their home with toy poodles Molly and Grace.

When asked if being the first female CEO at Sunshine Coast Council is newsworthy, she thinks for only a moment.

“Yes it is, because it may inspire other women, especially young women starting out on their careers, to aim high.

“The election of Kamala Harris, the first woman to be elected vice president of the United States, has also put the spotlight on women in leadership positions.

“There’s a whole new generation of young women realising the possibilities and the opportunities open to them. And that’s a good thing.”

Since leaving the Royal Australian Air Force over 20 years ago to join Boeing Australia, Ms Thomas has held a range of senior leadership roles working for the South Australia and Queensland governments.

She has been involved in operations for aviation, rail and roads and has managed large public service organisations delivering major projects.

She was director-general of Transport Canberra and City Services in the Australian Capital Territory – an organisation with responsibility for both the public transport network in Canberra and a wide range of municipal services ordinarily delivered by councils in Queensland.

Ms Thomas has also been a partner at PwC since May 2019 focusing on regional economic development and inclusion and accessibility in communities.