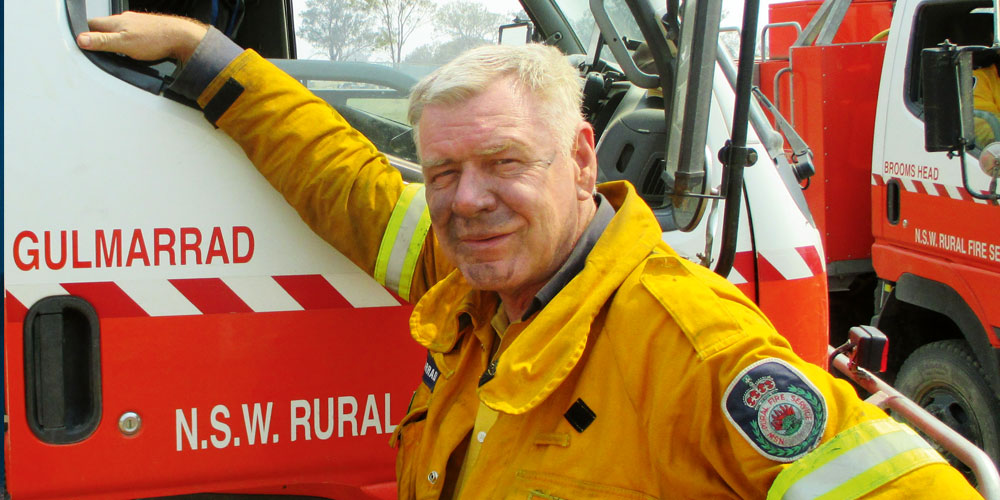 Peter Watt doesn’t mind being called Australia’s Wilbur Smith. In fact, he finds it flattering to be compared to the prolific South African writer. Like Smith, he writes epic historical fiction and boasts a loyal readership.

He has sold more than half a million books in Australia and New Zealand alone in the past 15 years and receives daily mail from fans around the world.

“Some letters are rather poignant,” he says. “I had an email from a cancer patient in hospital who said, ‘I don’t feel the pain when I read your books’. Other people say, ‘I’ve never read a book in my life, I read one of yours and now I’ve read all of them.’

The Clarence Valley author recently released his 19th book, From the Stars Above, the 12th and final instalment in the Frontier series, his family saga following the lives of the Duffy and Macintosh families during the war in the Pacific in 1942.

His knack for writing ripping yarns that are historically accurate and rich with great characters hooks readers, but doesn’t win literary awards.

“It doesn’t bother me in the slightest,” Mr Watt says. “I’m seen as an author with no merit because I entertain people. The people who run literary awards prefer authors who use obscure big words with six syllables. I only know words with two syllables and I mightn’t get literary awards, but on the other hand, I reach a lot of people. When I first met [Pan MacMillan’s publishing director] Cate Paterson in 1999, she said, ‘Do you intend to write literary books? I said, ‘No, I just want to write books people want to read.’”

A fast-talking, no BS bloke, Mr Watt draws on personal experience combined with impeccable research to flesh out his addictive stories.

“I grew up on a soldier’s settlers block in western New South Wales,” he says.

“We had no electricity, no phones. When I was seven or eight years old, I’d be driving a tractor all day ploughing fields. Those were the days when farmers were real farmers, there was no air-con, you just sat out there and sucked in the dust and the diesel.

“You’d make up stories so you didn’t go mad. We finally got electricity installed and we had a radio. I was listening to the old radio plays back in the 1950s. They were brilliant.”

Mr Watt has been a soldier, private investigator, police sergeant, pipe layer, trawler deckhand and advisor to the Royal Papua New Guinea Constabulary. While he’s contractually obliged to write a book a year, he squeezes the writing into six months, so he can spend the other six months volunteering with the Australian Rural Fire Service.

He’s about to launch a new national legacy service for the families of emergency services volunteers killed in the line of duty, a campaign close to his heart.

“It’s something that has been overlooked,” he says. “About 500 volunteers have been killed in the line of duty in Australia. This legacy will cover SES, volunteer bush fire fighters, marine rescue – anyone who’s a volunteer will be covered.”

For fans reluctant to say goodbye to the Duffy and Macintosh families, Mr Watt assures them his next series, The Queen’s Colonial, will be just as good.

While his hectic schedule rarely affords him time for public talks, when he does meet and greet his fans, he invariably meets wannabe writers hoping to pick up a few writing tips.

“The thing is, they’ve got this expectation that writing is a simple process,” he says. “It’s both an art and a science. It’s one per cent inspiration and 99 per cent perspiration.

“Reading is essential before you start writing. When I joined the army in 1969, a lot of soldiers would just read. You’d swap books around. I read a lot of Wilbur Smith and I always swore I’d do for Australia what he did for Africa.”

An Evening of Stars with Peter Watt is on at the Beerwah Community Hall on Thursday, May 24 from 6pm. Visit library.sunshinecoast.qld.gov.au.