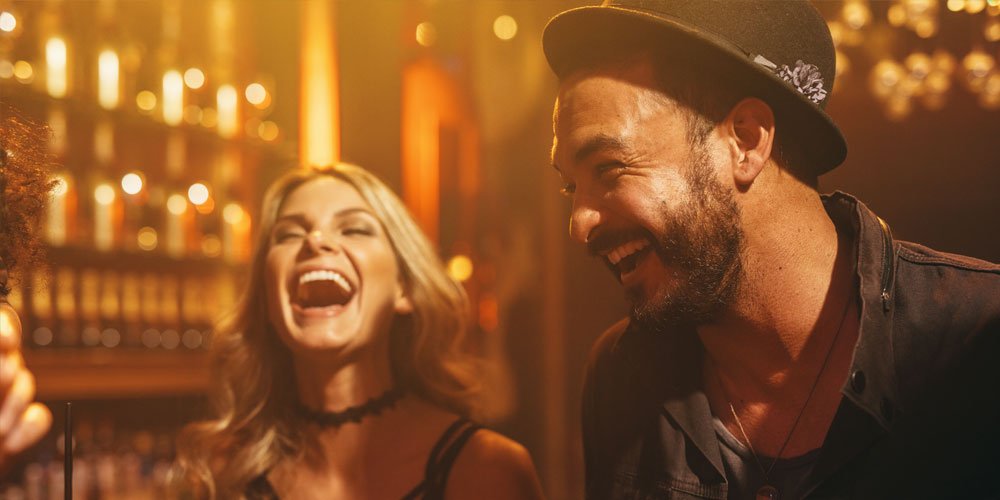 If you’re in the market for love but feel like you can only find single people in primary school or retirement villages, think again. There are plenty of eligible singles on the Coast and a new dating concept aims to match them up, just in time for Valentine’s Day.

Krushology was created by a Peregian-based team of romantics who believe people have grown tired of the superficiality of online dating, but are also over trawling bars and clubs wondering whether fate will intervene.

Launching on February 13 at Land & Sea Brewery in Noosa, it is a structured dating event for singles aged 35 to 55 who are sick of swiping, blind dates, singles parties and speed dating, yet struggle to meet Mr or Ms Right in conventional settings.

“For our first event we’re inviting up to 70 people to come along and we’re trying our best to balance it out with a mix of ages,” co-organiser Erik Bigalk says. “The aim is to have 30 to 35 men and the same number of women who will have six to eight structured dates on the night, plus open mingling time where they can connect with people over food and drinks.

“The women will choose who they want to date, then using queue cards we provide, they’re given about 10 to 15 minutes per date,” Mr Bigalk says. “We consider that to be enough time to create a meaningful conversation and know whether this is someone they’d like to get to know more. It’s not like a dinner date where it can take a couple of hours to get out of if it’s not going well, and it’s longer than a speed date.

“We’ll have ice-breakers and fun games that help break the ice and help bring people out of themselves without having to get excessively drunk. We have created a series of queue questions around ways to create meaningful conversations. It allows people to see who someone is as a person, what do they like, what are they passionate about. The questions aren’t too personal but can lead to an easy conversation.”

Mr Bigalk says they tried out a similar concept in Sydney, Canberra and Melbourne, refining the idea to come up with what they believe will be a real winner for the Sunshine Coast dating scene. After the inaugural event, it’s hoped Krushology will become a monthly event and be extended to younger and older
age brackets.

“We’ve had interest expressed from the 19 to 21 age group and the over 55s,” Mr Bigalk says. “People seem to be looking for meaningful connection, but don’t necessarily want to bar hop or swipe purely based on the first impressions of a badly taken selfie.

“Most people have their heart in the right place and it doesn’t matter if you have blonde or dark hair, if you’re tall or short, if you really connect with someone, that’s what it’s really about, but we’re missing the point with online dating.

“With this event, we really like the idea that you get to see whether there is chemistry right away. You see someone and think, ‘I like her’ or ‘he’s cute’. We thought an event where you meet people face-to-face would be a good way to facilitate that, but it’s so different to speed dating or singles parties. If someone needs a bit of moral support, we have hosts and facilitators who can help. We have more touch points on creating fun and laughter. We all laugh about something together and it bonds us as a group and takes the nerves away. It’s all about chemistry and a new style of dating that’s fun, less pressurised and a lot safer.”

According to event host Holly Davis, ticket sales are indicating women are beating men to the box office. So, all you single men out there – there are ample women awaiting to meet you on the night.

Land & Sea Brewery has been chosen as it is a great venue to go for a drink and a bite to eat, socialise and meet, with a private back room complete with special gin bar playing host to the event. The venue will provide finger food and complimentary welcome drinks. Home distilled gin and ale will add a little social lubricant – just enough to feel at ease but not too much that people end up swinging from the chandeliers. The bar will be open for service throughout and there is scope to party on or dine after the event concludes.

The Krushology team believes in making a positive difference and is contributing a portion of the ticket price towards the maintenance of a mobile eye clinic that provides sight restoration and blindness prevention in Indonesia.

Krushology will be held at Land & Sea Noosa brewing company, Noosaville on Saturday, February 13 at 5pm. Tickets are $65 and include finger food, two drinks, a photo booth, $500 worth of lucky door prizes and goodie bags worth $150 each. Visit krushology.com.au to buy tickets.