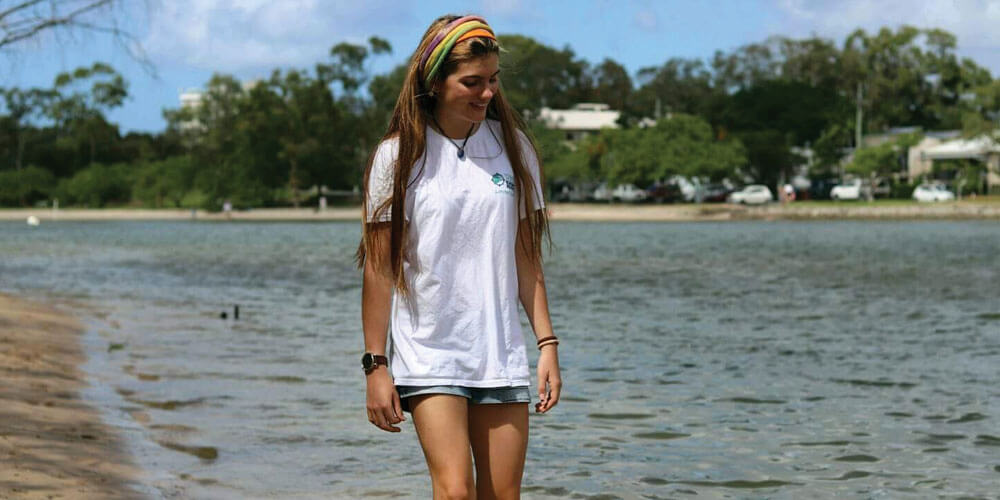 Hundreds of students, teachers and parents will gather at Peregian Beach on Friday March 15 for the Sunshine Coast School Strike For Climate.

Sixteen-year-old Gympie student Shellie Cate Joseph is organising the event and says around 900 people have shown interest in attending. As a Year 12 student at St Patrick’s College, she is juggling a heavy workload at school while pulling together what she feels is an important event.

“I initially heard about the student strikes last year through the Australian Youth Climate Change Coalition,” she says. “I know them from attending a summit in Melbourne in 2017 and they got in touch with me about leading one of the events.

“I had so much schoolwork and I couldn’t. Afterwards, I heard about the amazing impact the strikes had upon our politicians and I regretted not getting involved.”

The Sunshine Coast School Strike For Climate will kick off at 11am with a Welcome to Country, followed by short speeches and specific actions to send the right message.

“I will be speaking about the Adani coal mine and speaker two will be Rachel Chubb, who is from a farming community and goes to my school. She will talk about how climate change has affected her family.

“We’ll have a banner and everyone will take a different coloured Sharpie and write on the banner messages about why they are dissatisfied by the government’s action towards climate change, their fears and how they feel about the current situation.

We’ll form a human ‘SOS’ sign on the beach and hold our placards. There will be drone images taken and spread on social media and sent to politicians.”

But it won’t be all business on the day. There will be plenty of fun, with live music, face painting, henna stalls and local street performers providing entertainment.

“We’re hoping to see as many young people, supporting teachers and parents as possible turn up,” she says.

“I’d like to say to people it’s not actually our future we’re fighting for, it’s our present. This is our problem now. We have to step up. Unfortunately our politicians haven’t and we need to make a change.”