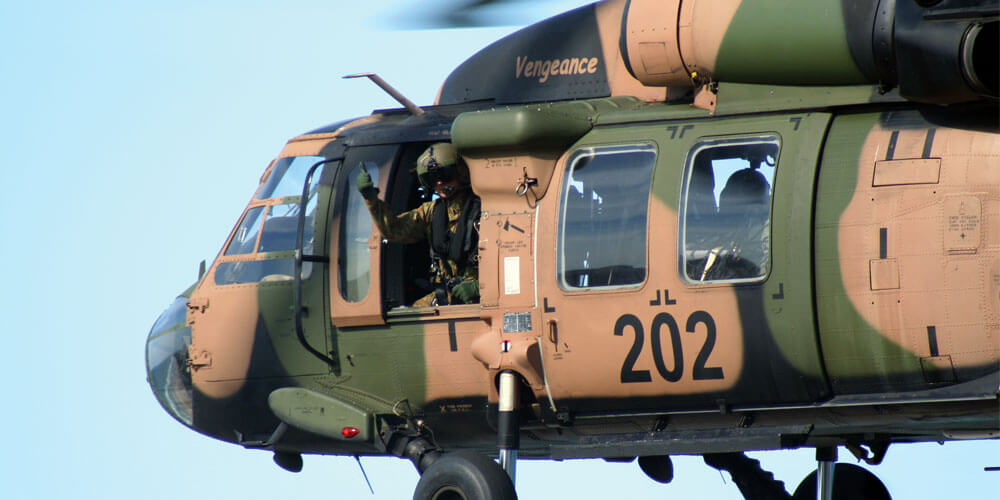 You may not see navy ships being built in our ports or tanks being assembled in industrial complexes on the Sunshine Coast, but there is a thriving and growing defence industry operating in the region.

Innovation and experience is in abundance on the Coast, with some businesses attracting lucrative contracts totalling millions for the Australian Defence Force (ADF) over several years and, while the industry has been notoriously hard to break into, changes in the past few years have meant more Australian small and medium enterprises (SMEs) have the opportunity to tender for defence work.

Before you think you need to be in the munitions, automotive, aircraft or sea vessel businesses to enter defence, a quick glance at the tenders on offer show there is a defence application for every one of the Coast’s seven high-value industries.

The Federal Government announced a record $200 billion investment in the nation’s defence capability in 2016 that will last a decade and the accompanying Defence White Paper encouraged the defence industry to move its reliance away from ‘global primes’(multinational contractors) to support Australian industry, creating a pathway for businesses here on the Sunshine Coast to vie for a slice of the biggest peacetime military spend in the country’s history.

Hundreds of local businesses have attended forums throughout 2017 conducted by Member for Fisher Andrew Wallace with members of the newly formed Centre for Defence Industry Capability (CDIC) and Mr Wallace firmly believes defence could become the region’s eighth high-value industry.

Mr Wallace’s most recent forum on March 6 focused on the Defence Export Strategy released in January, which expands on the new support networks to assist Australian businesses with defence applications to become competitive internationally.

Mr Wallace says he wants to see at least $200 million of the government’s funding spent on the Sunshine Coast.

“I don’t want to see it all go to South Australia and whilst I’m not insisting we are going to build ships and aircraft on the Coast, what we can do is take advantage of our high-tech industries and build things like componentry. These are the high-tech, engineering jobs of the future,” he says.

“Military is not all about bombs and bullets, just about every one of the high-value industries from the Coast can have military applications.

“Businesses have still got to demonstrate not only value for money, but also that they are a world leader and you’ve got something no one else is doing.”

Minister for Defence Industry Christopher Pyne says Australian SMEs are often the sources of highly innovative ideas and technology and the Sunshine Coast is right up there among the best.

“The Government has been enthused by the response of Sunshine Coast businesses to the opportunities the defence investment is providing,” he says.

“Since opening in December 2016, the Defence Innovation Hub has received a total of 85 proposals from Queensland-based organisations. Of these, around 10 per cent were from organisations based in the Sunshine Coast region.

“The Sunshine Coast has a strong defence industry, with many global primes present in Queensland, as well as innovative small to medium enterprises. These businesses are of a high calibre and have demonstrated eagerness to get involved with defence and take advantage of the opportunities and support being provided,” he says.

To find out more about defence industry opportunities, visit business.gov.au/centre-for-defence-industry-capability. Current business opportunities can be found at tenders.gov.au.

Behind the big bucks

• Centre for Defence Industry Capability (CDIC) – established to provide an entry point for Australian industry, particularly SMEs, into defence.
• The Defence Innovation Hub – a $640-million initiative that provides a mechanism for SMEs to propose ideas and collaborate in the development of innovative technology relevant to defence capability.
• The Next Generation Technologies Fund – a $730-million initiative for SMEs to invest in innovative technology research and development.
• The Australian Industry Capability Program – places greater requirements on prime contractors to maximise opportunities for Australian industry in relation to major capital equipment procurements of $20 million and above.
• Global Supply Chain Program – helps SMEs to compete for work in the prime’s international supply chains.
• Defence Export Strategy – offers greater support to help SMEs achieve export success.
• Defence Export Facility – This $3.8-billion fund is administered by Efic, Australia’s export credit agency, to help Australian companies get finance to underpin the sales of their equipment overseas.