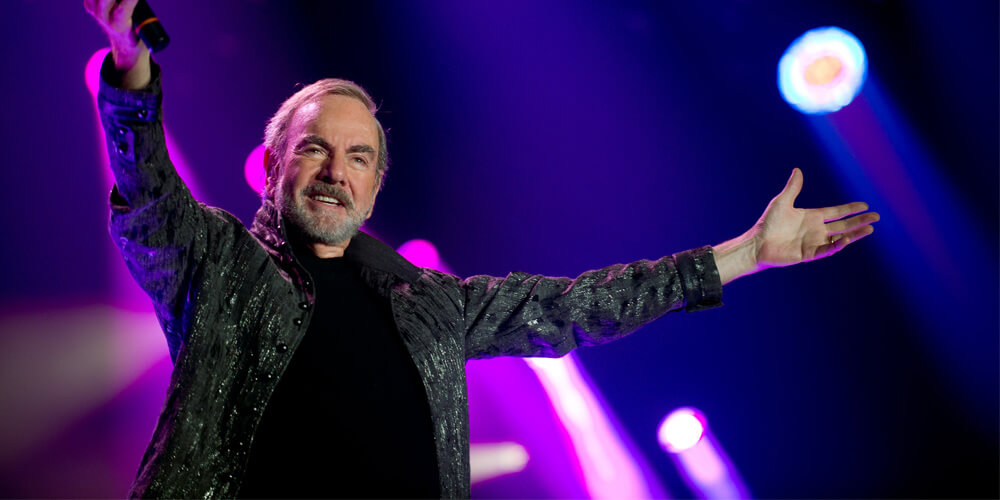 Grammy Award winner and Rock & Roll Hall of Fame member Neil Diamond has performed to fans around the world and now he is bringing his 50th Anniversary Tour to council’s Sunshine Coast Stadium on March 22, 2018.

Mr Diamond’s universally beloved songs – as well as his charismatic and open-hearted performances of them – continue to make him an international force both as a record maker and a live entertainer.

Mayor Mark Jamieson says the council has been working hard to attract live music events to the Sunshine Coast and was delighted to welcome the American perform to our region.

“Neil has performed to millions of fans around the world and it’s exciting for all of us that he has put us on his world tour schedule,” Cr Jamieson says.

“This is our first international music act at Sunshine Coast Stadium and there is no doubt it will be a fantastic venue for the Neil Diamond concert.

“With the recent improvements we’ve made to the stadium, we hope to be attract many more live music events to follow on from Neil in the future.”

Tickets for Neil Diamond’s 50th Anniversary Australian Tour go on sale to the general public at 2pm on Thursday, November 16. Head to premier.ticketek.com.au/ .

A growing concern
Older soldier to be remembered