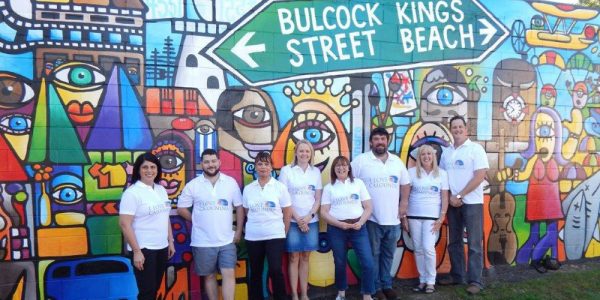 With the bulk of the region‘s expected population increase for the next 20 years set to be concentrated around Caloundra, business owners are joining forces to ensure they are well prepared to capitalise on the unprecedented opportunity for growth.

The newly-formed Caloundra Business Alliance will launch on September 12, offering business owners a chance to galvanise marketing and promotion efforts and reach out to the community through unique events designed to attract people from far and wide.

Alliance secretary Selina Smith says while the Caloundra Chamber of Commerce focuses on business-to-business networking, the alliance will focus on connecting businesses with the community.

Far from going it alone, the not-for-profit alliance has the backing of the Sunshine Coast Council and Downtown Caloundra.

Smith, who has owned Cosie Swimwear in Bulcock Street for 20 years, says the Caloundra CBD has undergone some major transformations of late, with the council’s revitalisation works continuing to breathe new life into the precinct.

“It’s looking fantastic and with Aura and other projects on the go, there is a lot going on. These are exciting times for Caloundra and there is huge potential for everyone to benefit,” she says.

“We need to lift our profile and give business owners a voice.”

Alliance president Dan Ross, who owns the Grounded Cafe, says the people who know the most about Caloundra are the business owners who work there day in, day out.

“We just want to help promote and improve Caloundra and help each other out as well,” he says.

“At the moment we are planning events and promotions in association with Downtown Caloundra for 2017, but we’ve got some big ideas for the future as well.”

The alliance logo, which features seven waves to signify the seven beaches in the area, will be unveiled along with plans for the future at the launch night.

Caloundra business owners and stakeholders are invited along to the free information night to learn more about how the alliance will interact with other agencies, how they can benefit members, and get a glimpse of some of the events already in the pipeline.

Among them is a pirate treasure hunt for the September school holidays, buskers throughout the CBD to coincide with the Caloundra Music Festival, and bringing back a traditional Christmas street parade.