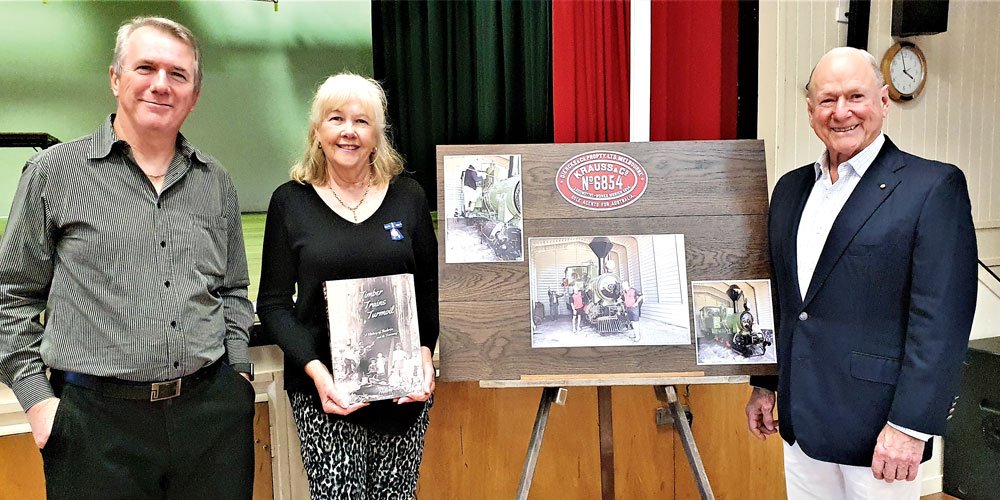 It is a book 10 years in the making and so full of history you will need a “wheelbarrow” just to move it around.

The book delves into the town’s rich history and is something she hopes will preserve the legacy of the tramway, and Buderim, for generations to come.

“It’s 10 years of research and a culmination of photographs, historical documents and memoirs,” Ms Cronin says. “It started off as notes for me to learn more about the tramway and then turned into this.”

Ms Cronin says she did not want all this history being collected and archived in a box.

“I was digging around for information from old newspaper clippings and going through what people remembered.

“The hardest part was getting it into some sort of order.”

She says it was an “entertaining and rewarding process” and the book covers everything right up to the most recent debate to have the Krauss locomotive publicly displayed in Buderim.

The book was made possible thanks to a grant from the Buderim Foundation and Mr Stitz congratulated Ms Cronin on her passion to compile the history.

Buderim-Palmwoods Heritage Tramway is now hoping to secure a grant from Sunshine Coast Council to have 50 more copies of the book printed to be distributed to local schools, museums and libraries.

There is a copy of the book at Maroochydore Library and Ms Cronin says people who want to put their name down for one when more are printed can email tram@buderim.qld.au.