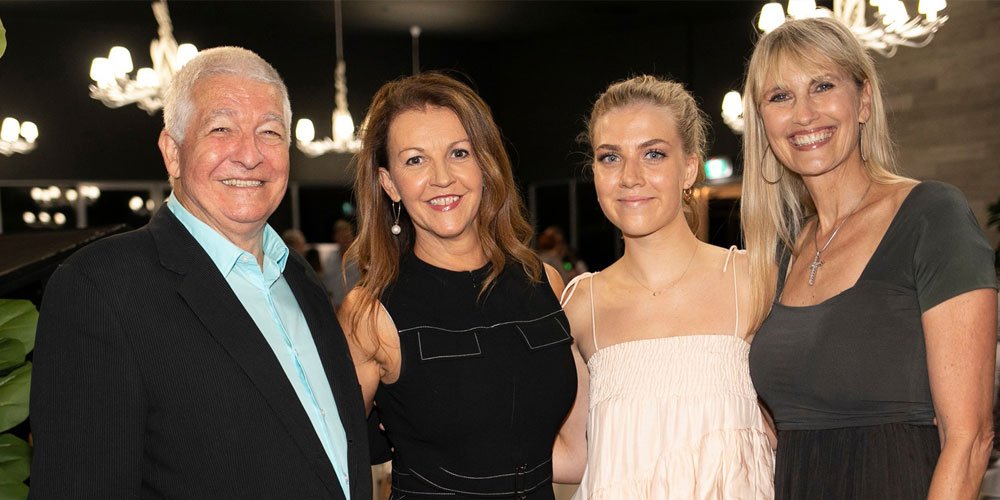 High-powered international figures Barbara and Allan Pease have stepped into their role as ambassadors of local charity No More Fake Smiles with gusto, declaring Australia should be mortified by the statistics showing almost 15,000 Australian children under the age of 19 reported sexual abuse last year.

With over 30 million books in print in 55 languages, their status in the big leagues has meant the Peases, who live at Buderim, are often approached to put their name to various charities. Until recently, they had not accepted any invitations.

But when Mrs Pease met No More Fake Smiles co-founder Tracey Morris and heard the heartbreaking story of her daughter Annie Jones’ two years of sexual abuse at the hands of her stepfather, it all changed.

In fact, as Mrs Pease came to know Ms Morris as a friend and witness the bravery, resilience and authenticity behind the charity, she offered to step into the role as ambassador alongside her husband.

No More Fake Smiles recently celebrated its first birthday, marking five years since Annie had the courage to disclose the abuse to her mother, prompting Ms Morris to take decisive and immediate action to keep her daughter safe and ensure the offender – her husband at the time – was brought to justice.

The mother and daughter endured a criminal case that dragged out for three years and now use their experience and knowledge to empower child victims to speak out and educate adults to listen and believe a child’s disclosure of abuse.

“To witness how someone who has walked such a hard journey, which still continues as she looks after Annie, her other children and herself, and still have the energy and will to protect the lives of every other child in this world so they don’t have to endure the trauma of what they’ve all been through is simply amazing,” Mrs Pease says.

The charity has been somewhat thwarted in its attempts to gain national media coverage as traditional media outlets have shied away from covering the heavy topic of child sex abuse, and the new NMFS ambassadors are determined to be among those who break those barriers down so we can start to have the conversations that will ultimately save lives.

With the Australian Bureau of Statistics releasing data in July this year showing 14,760 reported cases of sexual abuse of children aged 19 and under – the eighth consecutive year of growth – it’s time to act.

The Pease’s acknowledge this figure is only a conservative estimate of the real number of children being harmed.

“The number of stories I have heard where children who speak up about abuse within their family are simply shunned or sent away is heartbreaking. Because it brings shame on a family, many feel it is better to sacrifice one child than to acknowledge what has happened,” Mrs Pease says.

Mr Pease adds the current criminal justice system in Australia places all of the responsibility of proving abuse has occurred on the child.

“The perpetrators can access barristers and a team to help them fight charges and this is intimidating for a child and their caregiver, who are already suffering so much trauma. How can we allow so much responsibility to rest on the shoulders of a child?”

To offer support and donations, or for more information, please visit nomorefakesmiles.com.au.

The No More Fake Smiles charity also facilitates appropriate therapeutic services for victims of child sexual abuse and secondary victims of child sexual abuse – the family members. The charity’s long-term goal is to change legislation to better support child victims and remove the current intimidation of the criminal justice process for them in order to pave the way for more victims to speak up and be heard.

A little car, a feminine approach and $25,000
Help vinnies help those in need this christmas