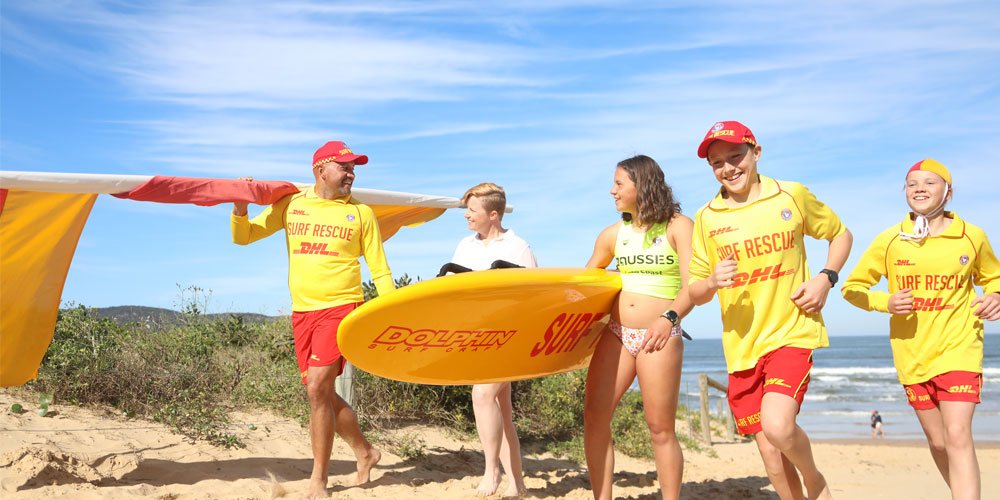 “I’m such a clubbie now,” she says with loads of enthusiasm.

The young environmental scientist says she has always aspired to wearing the red and yellow lifesaving colours, but nothing had prepared her for the amount of absolutely fantastic opportunities and camaraderie that comes with the uniform.

It was a move from Brisbane to Coolum some two years ago, that gave Ms Appel the opportunity to become a Coolum Beach surf club member.

Living just a hop, skip and a jump away from the ocean, she spends every moment she can training on the boards in the mornings, upgrading her water skills and coaching Nippers. Besides that, she’s ready for weekend patrols.

While she didn’t join as a nipper, she reckons the lifesaver’s calling was handed down from her grandfather, who was a volunteer at Kings Beach Met Club, Caloundra, starting from the 1940s.

There’s no doubt he would be very proud to hear that his granddaughter has been nominated as Coolum Beach Surf Club’s Surf Woman of the Year entrant.

Still, Ms Appel explains the impact of her involvement with the club, doesn’t nearly reflect what a really great experience being a club volunteer is.

That’s something that Surf Life Saving Queensland (SLSQ) is really hoping to get across to anyone who loves the beach, because right now they seriously need more people to get involved.

A national membership recruitment campaign, Our Club is Your Club, launched recently to engage a new generation of surf lifesavers to sign up to a surf lifesaving club.  The campaign showcases the community and family feeling of being part of a surf club and the important work volunteers do each year in keeping beaches safe.With millions of visitors flocking to Queensland beaches every year, volunteer surf lifesavers are vital. Last season they saved more than 750 people, performed 78,748 preventative actions and 14,171 first aid treatments.

“Whether you’re a past member looking to get involved again or a completely new member, we are encouraging everyone to join,” he says.

“There are plenty of opportunities on and off the beach for members of the community to get involved in their local surf lifesaving club.

“It’s a great way to meet other people, gain new friends and become part of a family.”

Surf lifesaving clubs are hubs for the community and deliver more than just an on-beach safety service, offering training, education, recreation, a place to socialise and give people a sense of purpose and belonging.

Surf lifesaver Rob Flood, a 43-year veteran of Dicky Beach Surf Club agrees. He says his opportunities have included, first aid, radio operator, IRB driver and crew person, water safety, and more. He is currently the youth coach. The club was established in 1950 and throughout its history, the club’s vision of zero preventable deaths, has never altered.

Additionally, he enjoys the diversity of club members. He says that no matter your job, status or age, once you are in uniform, everyone is the same.

He also says there is a job for everyone there, even if you are not up for a patrol.

“You can help out at carnivals,” he says. “Or do some fundraising – if you get your radio certificate, you can patrol from the tower.”

Mr Flood says the volunteer age range is from about six years to people in their eighties.

As Ms Appel says: “If you are considering it – do it, give it a go. I guarantee you will find a place for yourself there.”

To find out  how to join up go to lifesaving.com.au/clubsandbeaches.

From humble beginnings, when the first official rescue was recorded on a Queensland beach in1909, SLSQ, which was formally established in 1930, has developed into a groundbreaking and highly innovative organisation. SLSQ has 57 established surf lifesaving clubs with members patrolling 8000 kilometres of the Queensland coastline. More than 34,000 Queenslanders are volunteer members of a surf lifesaving club and more than 462,000 are a member of an affiliated supporters club.

Local residents and visitors to Kings Beach can be rest assured one of the best lifeguards in the country will be keeping a watchful eye over them after Sunshine Coast lifeguard Corey Jones was crowned Lifeguard of the Year at the Surf Life Saving Australia National Awards of Excellence this month.

Now based full-time at Kings Beach and a crewman for the Westpac Lifesaver Rescue Helicopter Service, Mr Jones says he was thrilled to receive the award.

“I’m pretty stoked because this is the first professional award I’ve won within my workplace,” he says.

“It’s really nice to know all my hard work and helping out with the young guards has paid off.”

Corey first developed a passion for beach safety as a nipper and estimates he’s performed hundreds of thousands of preventative actions during his service.

“Every day is different which is exciting and it’s a great job to keep fit and healthy,” Mr Jones says.

“The Caloundra bar is a common place for the bigger rescues and we get everything from kite surfers to boat rollovers.

“Working together as a team with all the emergency services is a good feeling and it’s great when everybody gets to safely go home at the end of the day.”

“We are really fortunate to be able to recruit and maintain some of the very best lifeguards in Australia to ensure everyone can safely enjoy Sunshine Coast beaches and its surrounds throughout the year,” Cr O’Pray says.

“Council also recently launched a new beaches page on our website, which features an interactive map highlighting the locality of both patrolled and unpatrolled beaches, which is crucial for people when deciding where they should swim, which at all times, should be between the red and yellow flags.”

“Corey is well regarded within both the local surf lifesaving and wider Caloundra community and we’re pretty fortunate to have someone of his calibre based right here on the Coast,” Cr Landsberg says.

“It’s about their diligence in undertaking the role, their commitment to it and putting in so much time,” Mr Purchase says.

The difference between lifeguard and lifesaver?

A lifeguard is paid, usually by a local council or private entity, whereas a lifesaver comes through the tradition of the voluntary Surf Lifesaving Association, and does voluntary lifeguard duties on weekends and holidays. Lifesavers belong to clubs (they’re sometimes dubbed ‘clubbies’) and wear the red and yellow colours. 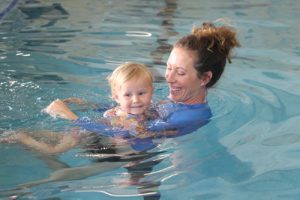 Nippers start at six years old, but water skills can be taught at a much earlier age. Royal Lifesaving Australia highlights the importance of children’s water safety with their Keep Watch campaign. Data from the Australian Bureau of Statistics shows that drowning is the number one cause of death in one, two and three-year-old children
(ABS 2019).

The aim is to provide lifelong safety skills and water education to students and parents and to ensure to implement these vital skills all year round. Their learn to swim program caters for children as young as eight weeks of age through to the junior development squads.

Mr Wallace says he was always delighted to hear how swimming lessons had saved a life from a mother whose family had attended lessons.

For more information go to jwss.com.au.