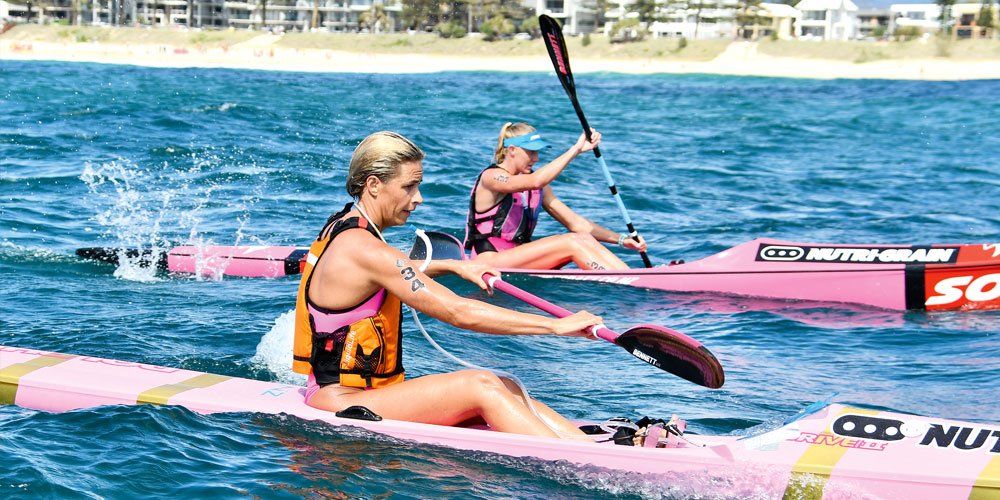 Sunshine Coast lifesavers have hit another barrier towards their elite aspirations with the Nutri-Grain Iron Series postponed again. The opening rounds of the sport’s pinnacle competition were originally scheduled to take place at Kingscliff in northern New South Wales on December 18 and 19 but were postponed a fortnight ago due to the COVID-19 outbreak in Sydney.

It was due to kick off on January 16 and 17, but ongoing uncertainty and complexity in relation to COVID-19 has again led to the series start being further postponed until February.

“It is really unfortunate that we have had to again make the decision to postpone the start of the Nutri-Grain Ironman and Ironwoman Series, but the decision has been made with the best interests of everyone involved and the wider community,” says SLSA board member and surf sports board chair Suzanne Storrie.

“It is impossible to 100 per cent confirm how the series will proceed, but we are determined to explore all options to run the six rounds of the elite and Next Gen Series. Our staff are actively working through options with a wide range of stakeholders.

“At this stage, we are working towards starting the series in Kurrawa, Queensland on the second weekend in February (this was originally scheduled as the final weekend of the series) and will then look to add additional dates for the series in and around other events in the surf
sports calendar.

“However, we absolutely recognise that for this to go ahead, it will require an improvement in government health advice and border restrictions, so we may need to adapt again, which is just an unfortunately reality given the dynamic nature of the COVID-19 response.”
– SLSA Iron series