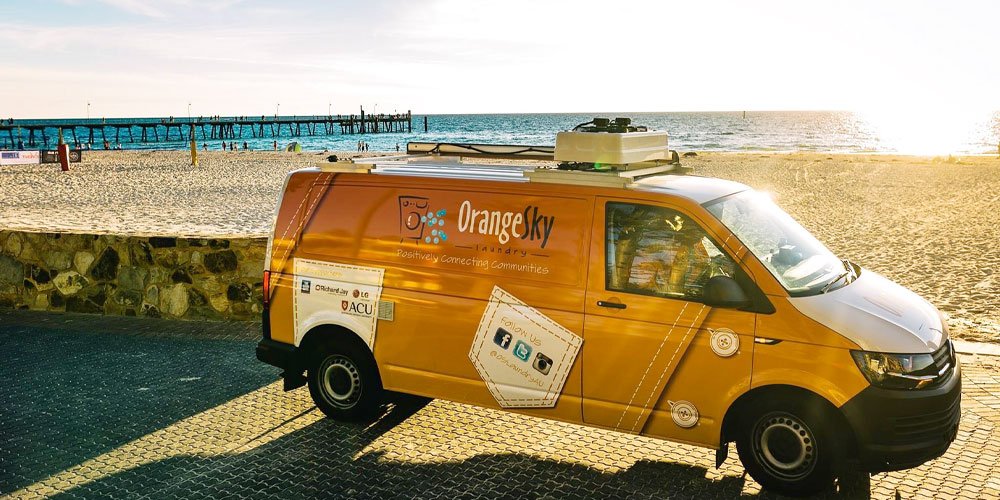 Orange Sky Australia is extending its service to Yandina, offering the services of Mikey the laundry van and a conversation with friendly volunteers.

The Orange Sky laundry team set up next to Yandina Baptist Church on Railways Street every Wednesday from 9am to 11am.

“We have quite a few friends who come to our Nambour shift who actually live in Yandina,” Ms Zammit says. “It is very welcomed by the community.

“There is a big demand for it, and especially now, you just don’t know with mental health, so we even have people just come down for a conversation.”

The first Yandina shift was on Wednesday, September 9 and Ms Zammit is hoping more people will be made aware of the service.

“Sometimes it can take a while. We had lots of support from the Baptist Church, which was lovely.”

The Orange Sky laundry service launched on the Sunshine Coast in 2016 and now, along with Mikey, the service is available from Caloundra to Noosa.

The van is named after Michael, the late son of COYO’s Sandra and Henry Gosling, in support of the Michael Wilkinson COYO Foundation.

Mikey houses a washing machine and dryer, and washing liquid is also provided.

Ms Zammit says Orange Sky is also looking to fill a weekly service at Maroochydore on Tuesday and Thursday afternoons and at Caloundra on Saturday mornings.

“We are looking for a service provider where we can hook up to.”

The Kombis are coming
Caloundra markets to head back home