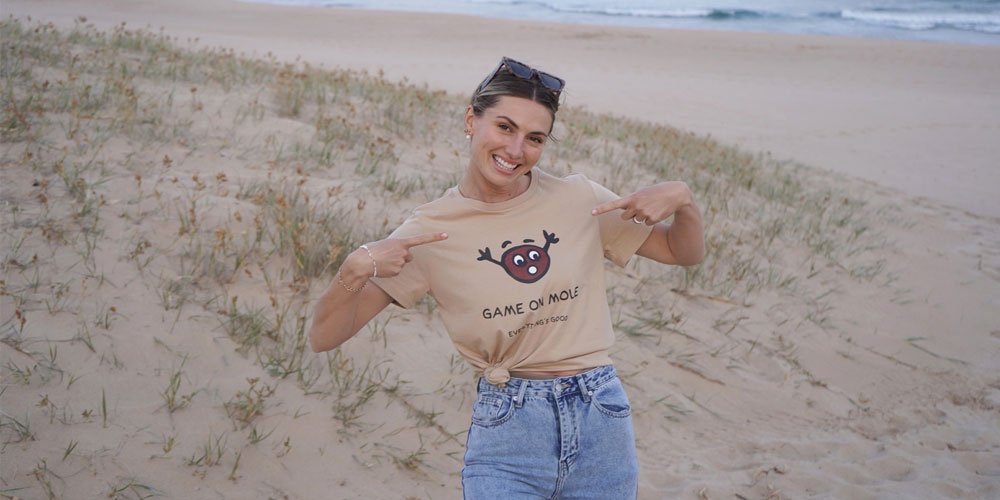 Oceana Strachan, 25, who was diagnosed with melanoma in April this year. Image: AAP

Official figures show patient numbers at the Melanoma Institute Australia’s Poche Centre are at a 12-year low. Numbers fell 18 per cent in 2020 and are likely to be 20 per cent down this year compared to 2019.

The statistics have raised concerns that people are not seeking medical advice.

Melanoma Institute Australia (MIA)co-medical director Professor Richard Scolyer says with early detection vital, the trend may result in a spike in lives lost to the disease in the coming few years.

“We don’t think this drop in new patients means less Australians actually have melanoma, it just means that COVID has delayed them seeking medical advice and being diagnosed,” he says. “That delay in diagnosis and treatment can be the difference between life and death.”

The pandemic along with a reluctance of patients to seek advice or have regular skin checks are the most likely causes of the dramatic slide in consultations, says MIA’s Professor Georgina Long.

“If caught early, 90 per cent of melanomas can be cured with surgery alone, but if left undetected, melanoma can quickly spread to organs including the lungs, liver and brain,” she adds. “We have very real concerns that the coming year will see an influx of melanoma patients being diagnosed with more advanced-stage disease, which means a poorer prognosis.”

Australia has the world’s highest melanoma rates, with one person dying every six hours. It’s also the most common cancer in 20-39 year-olds.

The first sign is often a new or changing spot or mole on the skin. It’s a scenario model Oceana Strachan knows first-hand, and she is now sharing her story as part of the MIA’s new campaign, Game on Mole.

“I have olive skin and naively thought if I got sunburnt, I would deal with the consequences much later in life,” the 25-year-old says.

“But then I discovered an unusual looking mole on my leg and luckily, in the midst of the pandemic, decided to go to the doctor to get it checked.

“I was shocked when I was diagnosed with melanoma and ended up at Melanoma Institute Australia and having surgery. I am so thankful I didn’t delay seeking treatment.”

Ms Strachan shared the story of her diagnosis with followers on Instagram in the hope it would help promote sun-safe behaviour and early detection.

It’s also why she has agreed to be the face of this year’s MIA campaign urging young Australians in particular to take action. Game On Mole is in its third year and uses slogan t-shirts to start conversations and encourage people to photograph their skin and monitor for changes. “This campaign is more important than ever before,” Prof Scolyer says.

“We know COVID has resulted in melanoma patients being out there who just haven’t been diagnosed yet and it is critical that they hear this life-saving message.”

The first sign of melanoma is often a new or changing mole.

Take a photo of your skin now, and then again at the end of summer. If you notice any changes, be sure to seek medical attention.

Continue Reading
You may also like...
Related Topics: sun safety