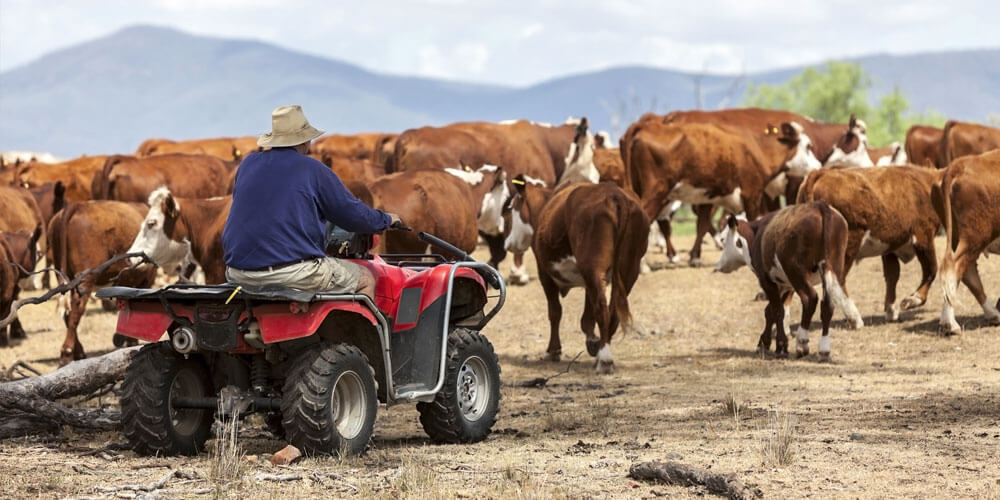 One of the things that makes the Sunshine Coast community so great is our ability to unite in times of need.

And seeing how people from all walks of life are pitching in to provide aid for the ongoing devastating drought that is impacting rural families is testament to the Coast spirit.

Among those making a positive impact on the lives of farmers in need is Brad Hopper, the owner of eight IGA supermarkets and other retail businesses under the HG Retail banner. Mr Hopper has been assisting Drought Angels through fundraising and direct financial support for three years.

When Mr Hopper learned of the children from these rural families suffering from malnutrition and inadequate diets, with reports some were having to survive on rice and Weet-Bix, and the tragic rise in suicide among farmers struggling with the dire financial situation, he didn’t hesitate to act.

““We all know farmers are the backbone of many industries in Australia. If we don’t have working farms, then we don’t have home-grown food and textiles. It really is as simple as that,” says Mr Hopper.

His family charity, PoP Foundation, provides financial assistance to Drought Angels for operational costs like wages, merchandise and website development, as well as the provision of groceries and IGA Gift Cards to distribute to struggling rural communities. PoP Foundation also provided Drought Angels with a new Toyota Fortuna to enable them to visit farming families.

The Coast community is also getting on board to help, with the Raindrop Token Campaign giving people a chance to donate $2 to Drought Angels to continue their vital work.

“The raindrop is an iconic symbol to help promote the single thing that will help break this drought,” PoP Foundation manager Monique Mahony says.

“We can’t make it rain, but we can help sprinkle relief through fundraising for Drought Angels.”

The first campaign conducted across 17 IGA supermarkets in Brisbane and the Sunshine Coast raised $17,000 and in May this year, with 52 Queensland IGA supermarkets on board, a further $35,000 was raised.

“Many coastal-dwellers were completely oblivious to the severity of the drought, which has been affecting some farmers for as long as six years,” she says.

“Each token is sold for $2 with 100 per cent of the proceeds going to Drought Angels. There is a space for customers or families to write their name on the token, so they have some ownership and confidence that they are truly making a difference with their donation.

“The Drought Angels come from the bush, so they are very much in tune with the specific needs of struggling families. And now, with an expanded logistics team on board, they are directing assistance and supplies on a priority basis to communities in need.”

The latest IGA Raindrop campaign is now underway and will run until November 4 at all 1400 IGA supermarkets in Australia.

If you’d like to donate to Drought Angels directly, visit droughtangels.org.au.