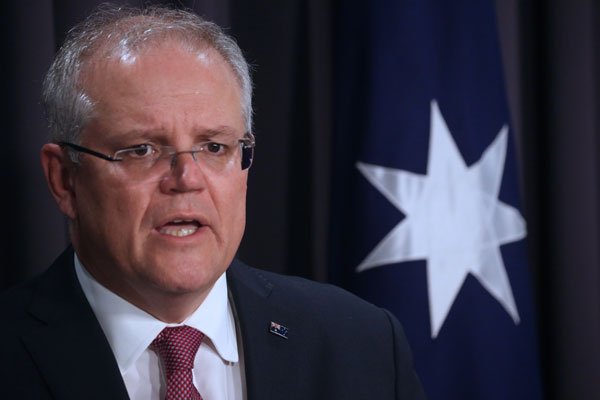 Amid a week of bombshell news, life has felt like it’s approaching normality. There has been traffic on the roads, diners back in cafes, prime ministerial ideas being floated on newspaper front pages. And a recession.

Treasurer Josh Frydenberg was doing his best cheerleader routine as he went through the national accounts last Wednesday. Australia’s economy shrank
by 0.3 per cent, but he produced a “very powerful and relevant chart” showing Australia’s relative strength on international comparisons. Furthermore, he said, economists had initially predicted their version of Armageddon, contemplating a GDP collapse of more than 20 per cent by the middle of the year, but they’re now pointing to about half that.

While he did concede the June quarter figures are expected to be so bad we are in a recession right now, he didn’t let the R-word pass his lips. That was left to the prime minister last Thursday morning.

“I really didn’t want to see a recession ever again in Australia,” Scott Morrison told reporters shivering outside a home under construction outside Canberra.

“As a government, we worked so hard to bring the budget back into balance.”

Remember, Morrison was the architect of three of the past four budgets.

Frydenberg said the coalition had conquered the mountain of debt and deficit once before and it could do it again.

Scaling this mountain will be a whole different adventure to dealing with the $18 billion deficit the coalition took on in 2013. After the tens of billions spent in keeping people in jobs and business cashflow liquid, the modest surplus hoped for in 2020/21 is now looking like a deficit many, many times more than that $18 billion – estimates have put it above $100 billion. The scale of numbers thrown around earlier during the pandemic can make the $688 million HomeBuilder package feel small, but it marks a pivot towards sector-specific recovery measures.

HomeBuilder comes on top of JobSeeker, JobKeeper and JobMaker.

An arts sector package is on the way (JobPainter?) and there are strong arguments for extra support for the hospitality and tourism industries, which will have a slow recovery with ongoing limits on crowd numbers and travel.

Universities have also made a pitch for help – predicting they’ll be out of pocket $16 billion over the next couple of years largely due to lost international student fees – but have been rebuffed.

The government thinks its grants will entice nearly 30,000 people who had put off starting construction on a new home or renovation to go back to their bank and builder.

Labor is trying to say both this was our idea six weeks ago and it’s the wrong thing to be doing. It had been talking about the impending drop in work for builders for quite some time but thinks a better stimulus would be building or renovating social housing. That would leave governments with an asset on their books at the end of the crisis and help out some of the nation’s most disadvantaged citizens.

Meanwhile, things have returned enough to normal that Scott Morrison was literally told “get off my [newly sown] lawn” by a homeowner who didn’t want to renovate it that soon.