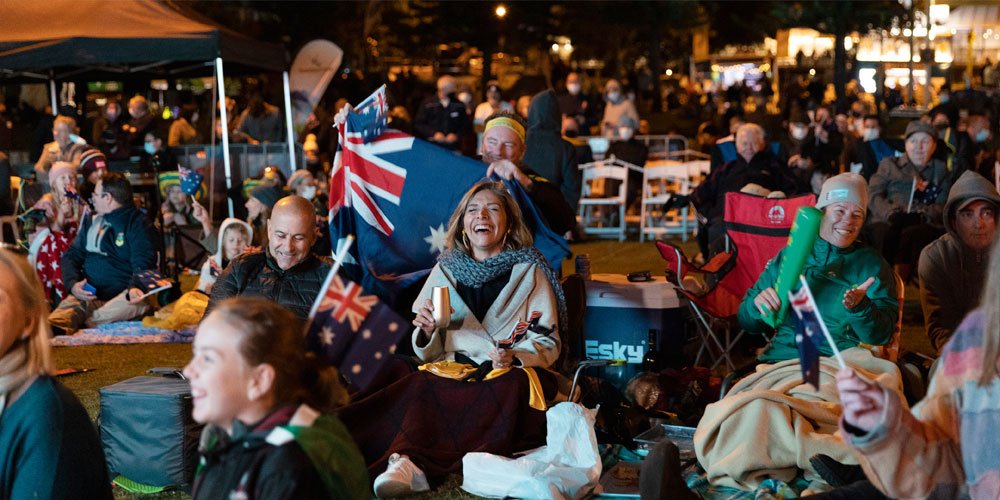 When Caloundra’s Katie Wilke dusted off her Driza-Bone and Akubra hat last week, she hoped the Aussie attire would bring luck.

Whether it did or not, Mrs Wilke had her wish granted: the chance to experience Olympic joy with her young family with the announcement Brisbane will play host to the 2032 Olympic and Paralympic Games.

It had been 21 years since Mrs Wilke had donned her official Olympic attire, but the feelings of excitement hadn’t faded. “My brother Ryan and I were two of about 10 students from the Gold Coast that were successful in the audition for the Sydney 2000 Olympic Opening Ceremony, joining 1000 Australian musicians and 1000 international musicians to make the world’s largest ever marching band,” Mrs Wilke says.

“We had to memorise the music – the national anthems that were played as the athletes were greeted into the stadium – and the marching patterns.

“We auditioned and then practised for nearly two years leading up to the day, so the Olympics have a special place in my heart.”

The Wilkes were among the hundreds of families who gathered last Wednesday at Kings Beach to hear the International Olympic Committee’s (IOC) 2032 Brisbane announcement live-streamed from Tokyo.

“I wanted to show our four children all the variety of the Olympics, from the athletes yes, but also to the volunteers, musicians and even media that the Olympics bring together,’’ she says.

“The kids got into the spirit in their green and gold, and had a wonderful time.

“They’re so excited to have some Olympic events here on the Sunshine Coast. It will be fabulous watching the announcement become a local reality over the next decade.

“I figured I may as well dust off the official Driza-Bone uniform and show the kids. It was so warm and comfortable I decided to wear it to the event. I guess the next time I’ll wear it again is in 2032.”

Sunshine Coast Council Mayor Mark Jamieson says the IOC’s announcement awarding the 2032 Games to Brisbane was the result of more than six years of hard work from all levels of government.

An independent economic assessment by KPMG indicates the Games will deliver a total benefit of $8.1 billion for Queensland and $17.61 billion for Australia.

“I am extremely proud and humbled that the proposals first developed by the mayors of southeast Queensland back in 2015 have come to fruition. But now the real work begins. The world is coming to our community,” Cr Jamieson says.

“Our key approach from day one in 2015 – and one that has never changed – has been to secure the investment needed to support the communities of southeast Queensland including our Sunshine Coast, as they continue to grow.

“All partners have recognised that hosting the Games should provide a legacy 10 years before and 10 years after the Games events.”

The Sunshine Coast will play an integral role in the Games and be home to four key venues and several sporting events during the Olympic Games, including football, basketball, the marathon, mountain biking, cycling and kiteboarding.

The region will also host multiple days of road-based events (marathon and road cycling) during the 2032 Paralympic Games.

Member for Fairfax Ted O’Brien, who served as the Prime Minister’s representative for the Queensland bid, says the decision will bring “a decade-long runway paved in green and gold all the way to 2032”.

“Hosting the 2032 Olympics will not only inject billions into the economy, it will also create around 120,000 new jobs, including 90,000 jobs for Queenslanders,” he says. “Local companies and businesses right across Queensland should take the opportunities which will come over the next decade to contribute to the Olympic and Paralympic Games.

“We’ve just won the right to host the biggest show on earth right here on home soil, but this is far larger than two weeks of sport. It’s about two decades of transformation that only an Olympic and Paralympic Games can unleash – a decade in the lead-up to the Games, and a decade beyond.”

Continue Reading
You may also like...
Related Topics: Olympics