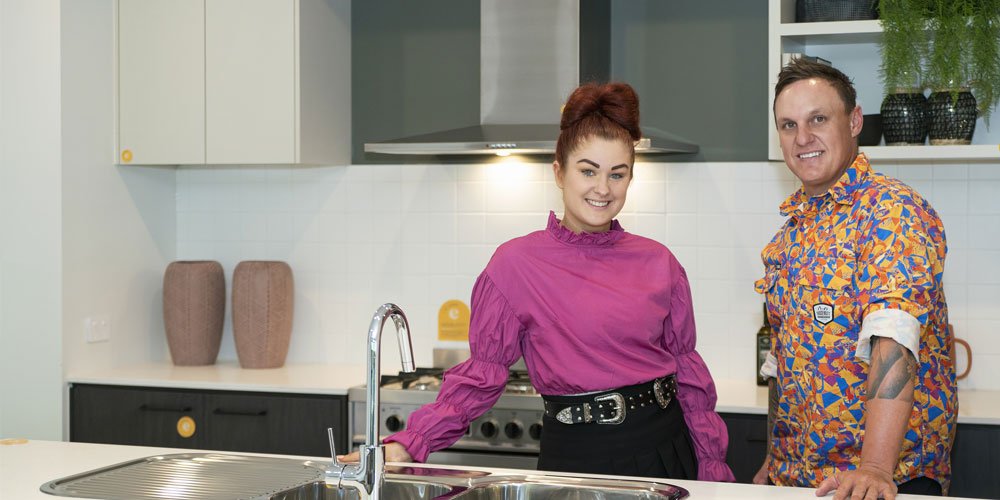 There is no denying Australia’s renovation revolution is trending. With the property market continuing to soar and more residents working or spending time at home, homeowners are looking to create the ultimate holiday-from-home escape or update their property.

With this comes spending, and the Australian Bureau of Statistics’ latest figures indicate renovation loans soared 26.5 per cent in the past 12 months to a 17-year high of $403.1 million.

Housing Industry Association (HIA) economist Angela Lillicrap says across the country, loans for renovations continue to grow as loans for new builds slow with the end of the HomeBuilder initiative.

“Lending for renovations continues to be strong,” she says.

“The value of loans for alterations and additions is up by 66.7 per cent in the three months to April 2021 compared to the same time last year.

“Households have diverted funds that would have typically been spent on overseas travel into buying a new home or improving their existing one.”

“People are working much more from home now, so people are doing a lot more renovations in building areas for studies and at-home offices.

“A lot of people have had a life-changing realisation and are wanting to find comfort at home.

“That is certainly a trend at the moment.”

Mr Smith says the other aspect is due to interstate migration and the ratio of people moving to the Sunshine Coast versus the amount of people leaving the region.

This is driving the property and rental shortage and subsequent market price hike, and forcing more homeowners to fix up, rather than ship out.

Mr Smith says approvals for dwelling alterations in the past 12 months were high but did not break any records, with most of the focus locally on new construction.

“Dwelling approvals for alterations and approvals in the past 12 months on the Sunshine Coast totalled $280 million,” he says.

“Building is very busy in the renovations market and although the figure is high, many builders are concentrating on new home construction.”

Deciding to renovate comes with one very important task: actually renovating. Whether you are a renovation master or rookie, making a dream come to life can be difficult, especially if you are limited to space, time or a budget.

No strangers to the renovation game, 2020 winners of The Block and Sunshine Coast locals Jimmy and Tam Wilkins say they love the feeling of breathing new life into a rundown home.

“I love nothing more than coming across a home that is worse for wear and bringing character back into that home and making it warm and friendly and somewhere you can create beautiful memories,” Tam says.

“There is nothing more gratifying than seeing that come to life, and being part of the whole process is really special. It is something I absolutely love.”

With 15 years’ experience in the industry as a plumber, Jimmy says he has “almost grown up” in the world of renovations.

“I love tools, I love being on the tools, I love transforming things. It’s almost embedded in me,” Jimmy says. “The love for seeing a house that is fully dilapidated go from that to an absolutely stunning build is just something I love seeing and love seeing the process of it.”

When renovating, Tam believes there is something important in keeping the home’s original character.

“It is really important when you are renovating to pay homage to the home that you have; the original home,” she says.

Jimmy and Tam made their dream move to the Sunshine Coast earlier this year, just in time for their five-year-old daughter Frankie to begin Prep, and are now looking for their own home to buy and renovate.

“We are currently looking for our first home,” Tam says.

“We are trying to find something we can put our own touch on as well – so watch this space.”

Currently working on a renovation for Sunshine Mitre 10, the couple is also preparing to embark on another television adventure with the upcoming show Renovate or Rebuild, and is in the process of launching their own business.

“We are in the process of launching our own business called Captain and Queen,” Jimmy says.

“It’s going to be a design business and plumbing and gas fitting.

“I’m also going to study my builder’s license so that at one stage we can be a one-stop shop for renovating.”

The couple will appear at the opening of Sunshine Mitre 10’s new flagship store on July 24 alongside much-loved Aussie personality, The Block’s Scott Cam.

“There will be plenty of suppliers throughout all departments to answer questions and give advice about DIY projects,” Mr Hutchins says.

The new store, at 980 Nambour Connection Road, will employ 40 local staff and mark the 19th location across Queensland.

“This new Nambour location is special, because Nambour is where the company’s 110-year history began,” he says.

“So, it is great to see this new store, which will support our retail customers as well as the increasing demand on the Sunshine Coast for trade supplies.”

As Sunshine Mitre 10 celebrates its 110-year milestone, and its reign as one of the oldest surviving businesses here on the Coast, we take a look back at its history and the local families who invested time and money into turning their dream into success.

Established in 1910 by Walter Lanham, W Lanham & Sons Saw Mill was built on Price Street in Nambour. The business eventually shifted to its current location on Court Road in 1945 and by 1975 became known simply as Lanhams.

Meanwhile a little way down the road, the Melville family-owned business Melco had spent the past 20 years supplying Noosa and surrounds with timber and builders’ hardware.

Realising a demand in the market, it became apparent to Keith, John and Mark Melville that in order to reach new heights, they needed to be associated with a national brand. The Melco business joined the Mitre 10 group, and with the expansion, they invested in a new purpose-built space. Located on Venture Drive, in Noosa, the store was called Melco Mitre 10.

In 2008 the Melco and Lanhams companies merged, creating an entity that was previously known as MelcoLanhams and today is known as Sunshine Mitre 10.

Continue Reading
You may also like...
Related Topics: renovation

Charitable act has stamp of approval
MH17 tragedy: sons to share loss of parents with the world during trial