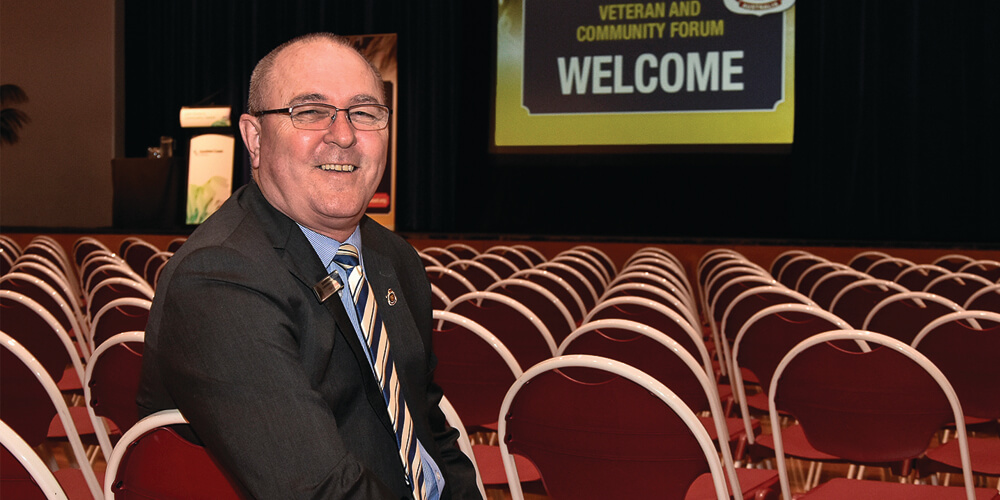 There’s an inherent sense of purpose and structure that comes with serving your country in the armed forces and first responders.

Servicemen and women are taught the importance of camaraderie, working as a strong team unit and are somewhat toughened to be able to face extreme situations.

But RSL Sunshine Coast District president Tony Ferris says as soon as they leave active service, they often feel a loss of purpose and that is why it is so important for them to reach out at the second annual RSL Sunshine Coast and Regional District Branch Veteran, Families and Community Expo.

“For many who leave the armed forces there is an overwhelming feeling that their loved ones and those around them will never really understand the world they have come from which, in many cases, is true,” Ferris says.

“Whether you have served in war zones or have spent your life on military bases, the world our veterans are accustomed to operate quite differently to that of a civilian, and that adjustment can be very difficult ― not only for the veteran but also for their loved ones.

“(Families) are victims as well. They sign on the dotted line with whoever signs up for service. When they are younger, this may be mothers and fathers, but later in life it becomes their husbands, wives and children. Everybody suffers along for the ride, and it is often a bumpy one.”

Ferris says the expo, which is open to veterans of all ages and first responders as well as their friends and family, will provide information on everything from services such as assistance dogs and transport options to community activities such as surf lifesaving, volunteering and woodworking.

“All exhibitors are already working with veterans and understand how important it is to have a strong support base when transitioning back into a civilian life,” he says.

“In addition to the exhibitors we are also pleased to have RSL Australia (Queensland branch), mental health support service Blue Hope and Veterans Homelessness delivering a program of informative presentations.”

Ferris says he spent six years in the air force after signing up following the Vietnam War. While he never saw active service, he transitioned to the New South Wales police force – a move Ferris says made it easier for him to move on from military life.

He says it can be hard for ex-military and first responders to reach out for help because of what he calls the “10-foot tall bulletproof syndrome.”

“When you join, you are conditioned to be tougher, to show a sign of weakness as an individual has a real impact on their psyche. They often feel embarrassed about the fact that they need some help, which can make it harder for them to reach out,” he says.

“Whether they attend the event for an hour or the full day, there will be a great deal of information on offer from more than 50 exhibitors and eight keynote speakers who form part of this year’s program.

“We are keen to reach as many people as possible and believe that the forum will provide another opportunity for veterans to access information surrounding health services, the provision of emergency accommodation and transport, and dealing with mental health issues such as post-traumatic stress disorder.”

The Veteran, Families and Community Expo is on July 23 from 10am to 4pm at the Lake Kawana Community Centre. Entry is free. For more information, visit rslsunshinecoast.org/rsl-events.

Continue Reading
You may also like...
Related Topics: Events