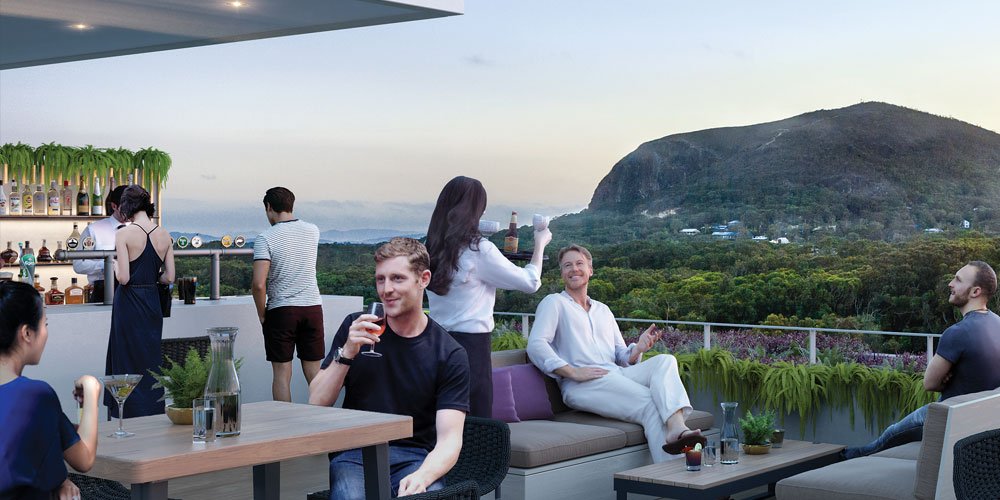 Sekisui House developers say the recent decision by the Planning and Environment Court of Queensland in favour of the Yaroomba Beach development should be upheld and a second appeal by the community group Development Watch is a time-waster that significantly disadvantages the Sunshine Coast.

However, Development Watch (DW) president Lynette Saxton says the decision to go ahead with the appeal is based on enormous community opposition to the development and careful consideration of legal advice.

Sekisui House project director Evan Aldridge says the Planning and Environment Court ruled there was no substantial evidence provided by Development Watch to back up any of their grounds of appeal.

“All five principal grounds of appeal that Development Watch and associated activist organisations raised during the appeal were found to be without substance,” Mr Aldridge says.

Mr Aldridge added that many residents, local businesses, industry and associations have supported the Yaroomba Beach project over the past five years because they see the benefits this project can bring.

“Despite the negative slogans of an ‘intensive high-rise development’ the court found the proposed mix of land uses favoured approval and would satisfactorily address the planning scheme’s intention for a tourism focus area.

“In fact, court documents showed there will be less building floor area developed when compared to the previous approval over the site.

“Despite Development Watch proposing there was not an economic need and the development would hinder the refurbishment of the Palmer Coolum Resort, the court determined there was a clear need for the proposed development, by meeting the latent unsatisfied demand for a five-star resort in the locality and providing a variety of residential accommodation proximate to the beach.

Ms Saxton says DW is only proceeding because advice from their barrister has led them to believe they have reasonable prospects of success.

“The advice has been that the court has made errors of judgement,” Ms Saxton says.

It is envisaged the development will create 400 construction jobs per year. But Mr Aldridge warns jobs are being lost while Development Watch embarks on a second court appeal over the council’s approval of the Yaroomba Beach development.

“Yaroomba Beach will be a catalyst project for the Sunshine Coast as it recovers from the COVID-19 pandemic, but delays brought on by a frivolous appeal are costly for everyone concerned.”

A council spokesperson confirmed an application for leave to appeal was filed by Development Watch Inc in the Court of Appeal on July 24, 2020.

However, as the matter is the subject of an appeal, the council will not comment further.

Sunshine Coast Council approved a mixed-use project including a five-star hotel, residential and retail uses more than two years ago. Council officers recommended the application be approved. The council’s decision recognised significant benefits to the Sunshine Coast including:
– 400 equivalent full-time jobs per year during construction

– 355 equivalent full-time jobs ongoing in the hotel, retail and maintenance industries the attraction of 85,000 new visitors per year to the Sunshine Coast through the creation of the first five-star hotel on the Sunshine Coast in more than 30 years, with much-needed conference facilities

The injection of $108-million per annum into the local economy to support small and medium businessesthe creation of public parks, pathways, lifesaving amenities and reinstated lifeguard patrols to the adjoining Yaroomba Beach.

The notice to appeal court the decision on Yaroomba development was lodged with the Supreme Court of Queensland on July 24. Development Watch:

– sees the 400 construction jobs as short-term

– believes current COVID conditions will see a lag in the development commencement date.